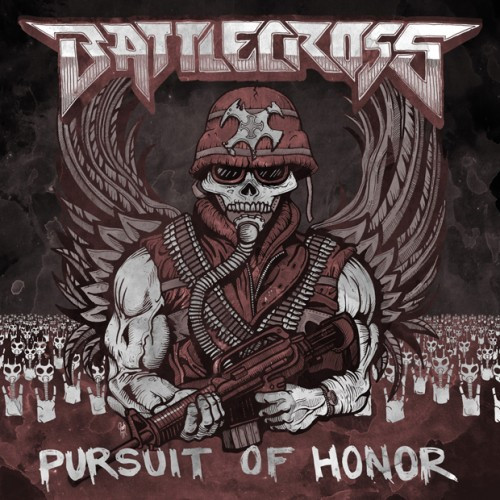 (NCS contributor BadWolf weighs in with his thoughts about the new Metal Blade release from Battlecross.)

In the interest of full disclosure, readers beware: I have a personal interest in Battlecross. I have known them from the earliest demo tapes, been involved in their scene for years, pimped their debut album endlessly, and have a vested interest in their success.

None of that changes that Pursuit of Honor, their debut album on Metal Blade, is a triumphant achievement, as well as a testament to the perseverance of Detroit, and the virility of modern American metal.

Let’s take the story back five years. I was a freshman at a liberal arts college in Michigan and met my best friend there. At that time I was metal to the bone but wholly disinterested in modern metal. He changed that with two albums: Lamb of God’s Sacrament, Trivium’s Ascendency. Suddenly I got the connection between the late-80’s thrash titans I worshipped and contemporary metal.

Months later Machine Head’s The Blackening was released and I was adrift in the middle of the American metal renaissance. This style is directly descended from Slayer, Pantera and Metallica, but incorporated the mosh-friendly rhythm of hardcore and the triumphant melodicism of European death metal. After a Trivium gig that year, my BFF and I sat up drinking 40’s of Miller Lite and jamming to the Battlecross demo we got in the parking lot. The next year that style was dead—suffocated by pop-metalcore (which we rejected) and the prog-death explosion (which we embraced).

Flash forward to now and the style is attempting to revive: Revocation are trying to cash in on their critical acclaim, as are Lazarus A.D., and finally Machine Head are releasing the follow-up to The Blackening. None of that matters: Battlecross have revived the genre all their own. (more after the jump . . .) 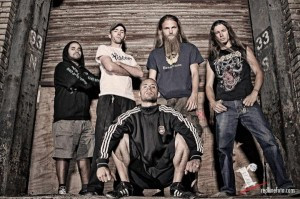 Pursuit of Honor is nine lean, mean, tech-thrash attacks with two instrumental bookends—a total of just over a half hour. Each track blows up before it gets stale, and then the album thrusts you headlong into another track. Battlecross understand that metal is about movement, and that the only time to slow down is to either let the listener recover, or to drop into further heaviness. The breakdowns never stop a song dead or turn a rager into a stupid sing-along. Likewise, each solo impresses (especially the Thin Lizzy meets Van Halen finger tap break near the end of “Misery”), but only for a moment—everything is too tight for wankery to detract from riff after punishing riff.

The most distinct feature of Battlecross’ music is that each song is in some way or another energizing. Pursuit of Honor pumps you up for thirty minutes and leaves you feeling like a welsh berserker. It’s easy for metal to be depressing—too easy. Making something this uplifting without things getting silly is a delicate balancing act (hello, Rhapsody of Fire), but Battlecross pull it off—this album is for the most depressed state in the union, and it shows. Heandbanging is not just mandatory—it’s compulsive. The best example of the Battlecross pick-up is “Kaleb,” the most rampaging ode to positive parenting I can think of.

Pursuit of Honor is not an instant classic, however. The record is front-loaded, and tends to peter out a bit until “Misery” closes things off with a bang. Lyrically, the strong edification in “Kaleb” and “Push Pull Destroy” gives way to less impressive machismo, although I feel this may be the result of some of these songs being 5+ years old. Truthfully, while “Breaking You” and “Better Off Dead” are good songs, they just feel too close to Pantera or Lamb of God—this is too much of a fresh start to hearken back to fresh memories in such a way.

No, this is a record for the future—of Michigan, and American metal—and a powerful debut. When it comes to straight-up metal for rocking out, re-thrash has stalled out, and death metal’s become lost in technicality or (perhaps worse) following re-thrash’s march into numb nostalgia. This record has everything you want from a modern pounder—riffs, choruses, solos, and a genuine sense of triumph. I had high hopes, but sometimes expectations are exceeded.

EDITOR’S NOTE: Pursuit of Honor was released on August 2 by Metal Blade. For more info about Battlecross, check our their facebook page here. Check out this new official video for the song “Push, Pull, Destroy”, which premiered on Metal Injection:

7 Responses to “BATTLECROSS’ PURSUIT OF HONOR; or AMERICA FUCK YEAH!”