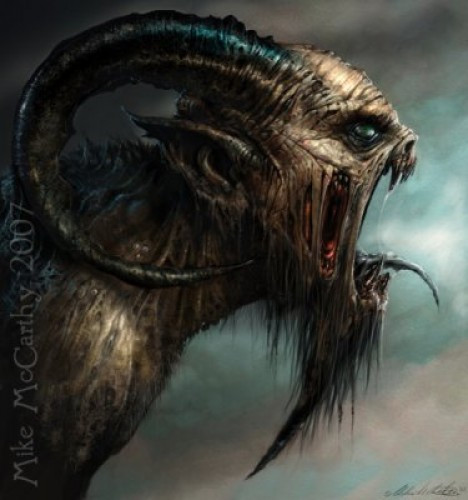 At NCS, we do our best to cover a broad swath of metal, but there’s one genre we’ve almost completely ignored — that union of dubstep and death metal known as deathstep. There are reasons for that, principally because your humble author knows virtually fuck-all about the genre and has a low tolerance for electronica. I say “almost completely ignored” and “virtually fuck all” because once upon a time we did pay attention (here) to a remix by Cam Argon (Big Chocolate, Disfiguring the Goddess) of a Suicide Silence song. In addition, occasional NCS guest writer The Artist Formerly Known As Dan (who, by the way, needs to send me more posts!) provided this feature about dubstep, which included one of the deathstep tracks created by the Cam Argon-Mitch Lucker collaboration known as Commissioner.

Earlier this week, I got an e-mail from NCS reader and musician Ray Heberer (who has some big news on the way about several of his projects — but more on that later) suggesting that deathstep is worth more attention. As Ray pointed out, prototypes of the genre have been popping up with increasing frequency, but you won’t find much of it dating back more than a year — it may be the first new metal genre of this decade. Does that mean it’s worth anyone’s time? Well, that’s the question, innit?

I’m certainly not yet prepared to shower deathstep with accolades, and I have little doubt that metal elitists (which means about 99% of all metalheads) are or will be inclined to vomit all over the style at the slightest provocation. But while withholding judgment about the budding genre as a whole, I definitely am prepared to shower some accolades on one example of the genre that Ray turned me onto in his e-mail. It’s a full-length album — as far as I know, the first full-length deathstep production, period. Not only is it an album-length work, it’s one song — 39:54 in length — and it’s available for free download.

And, unexpectedly, it’s unusually good. Ray wrote that it may be a genre-defining piece of music, and he may be right. The musician goes by the name Switchup, the album is called Hell’s Symphony. (more after the jump . . .) 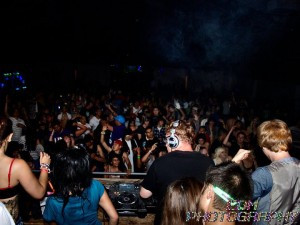 One problem with the song is that you really can’t develop an accurate appreciation for the music just by listening to part of it. It’s the old story of the blind man and the elephant. For example, if you were to listen to only the first two minutes, you’d turn this off immediately — I nearly did. It’s an intro that’s heavy on the clean singing and slow, melodic electronica. You might even turn it off even after hanging in there through the first five or six minutes. But the song builds. It’s a bit like a mountain road — there are twists and turns, ups and downs, but the general trajectory is upward, with increasing intensity and momentum. And so I liked the song more and more the further it climbed.

Is it metal? Well, for the vast majority of the time, the answer is definitely no — it’s much closer to dubstep and other forms of Electronic Dance Music most of the time. But with regularity, the shit takes a turn for the heavy that feels like someone teleported a black hole into your lower GI — massive bass drops, gut-sucking drum-and-bass, legit metal riffing, dragon belches of wobbling electronica, and bestial vocals.

Speaking of vocals, the song includes at least a dozen different styles — among them, clean singing (though thankfully not much of it), death-metal gutturals, paint-stripper shrieking, rap (again, thankfully not a lot), falsetto squealing, monastic-style medieval chorals, demonically grating whispers, and more. But as constantly changing as the vocals are, they got nothin’ on the instrumental work.

The song is constantly in motion, a thousand digital effects swirling, pulsing, and erupting in a way that makes that 39:54 length seem short. For me, at least after I got past the intro, I got sucked all the way in, in part because I was so curious about what was going to happen next — and next, and next. I find most electronic music to be monotonous and soulless, but I never got that feel from Hell’s Symphony. I didn’t love all of it, but I sure found more than enough to hook me all the way to the end — and then I listened to it again.

I suppose part of the reason I like this album is because I’m so fucking impressed with how much work it must have taken to put this kaleidoscopic soundscape together. It’s dense with sonic variety, and brainy in the way the rhythms and moods and melodies are constructed to morph and converge. The patterns change, they become chaotic, they fall back into thumping dancefloor raves, they take off in brief flights of surprisingly beautiful melody — and there’s virtually no repetition.

Switchup is the stage name (at least in his deathstep incarnation) of one Robert Brooker who now resides in Los Gatos, California, though he was born and raised on the east coast. He claims to have a musical history rooted in metal, with more than 10 years experience as a guitarist. To find out more, Switchup’s facebook page is here. To download “Hell’s Symphony”, use the little black arrow in the Soundcloud player above, or visit Switchup’s Soundcloud page here.

Obviously, I’m expecting comments. In fact, I’ll be very surprised (and disappointed) if I don’t get some. So, let’s have it: fucking good pancake? or massive wall of penis?