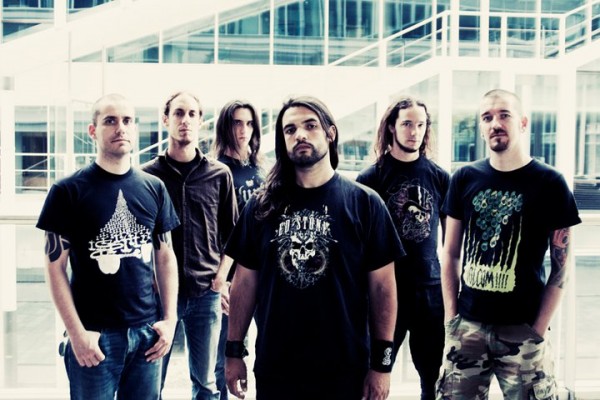 On August 3, Dutch metal band Textures released the first song from their new album (“Singularity”), which we declared to be fucking good pancake. Now the band have premiered yet another new song called “Reaching Home”. Like the first one, it comes from the forthcoming Dualism album.

I have mixed feelings about this song. On the one hand, the instrumental part of the song is cool, anchored by the complex Meshuggah-connected rhythms that are a large part of Textures’ signature sound. And you won’t be surprised to hear that the song has an infectious melody, too, because that’s also a big part of this band’s style.

On the other hand, there are no harsh vocals in the song at all, and there’s not much of a metal edge to it either. As drummer Stef Broks candidly told REVOLVER magazine, it “sounds like a direct assault to the rock charts,” and may remind people of Tool, Depeche Mode, and U2. Perhaps that’s why the song is premiering on the REVOLVER web site (cuz, seriously, REVOLVER hasn’t been metal in a long time).

On the third hand, as Brok also said, it may also remind people of Devin Townsend, and I get that connection, too. There’s a dreamy ambience to the song that is appealing, and the appeal may grow if I listen to it more. If you’d like to listen, GO HERE (I can’t yet embed the song).

5 Responses to “TEXTURES PREMIERES A NEW SONG: IS IT ROCK? IS IT METAL? IS IT BOTH?”