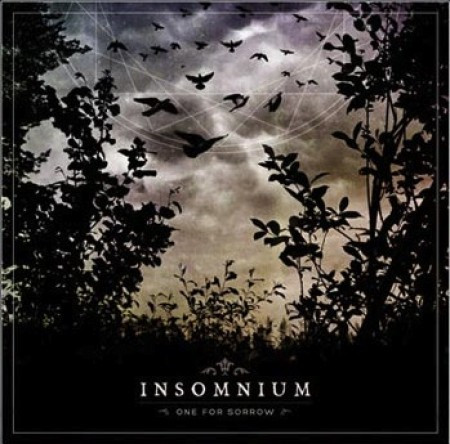 Thanks to a post on MetalSucks, which I saw before getting the news from Century Media, I learned that Insomnium has released a new song from their next album, One For Sorrow, which is scheduled to hit the streets on October 12 in Finland, October 17 in the rest of Europe, and October 18 in the U.S. The song is called “Unsung”, and Century Media is offering it for free download in exchange for your e-mail address (use a real one, because they’ll be sending you an activation code to get the song). HERE is the link for that.

I was wondering in a post at the end of last week whether there is any band that all metalheads like, no matter how divergent their principal tastes might be. I couldn’t think of one then. But MS may be right — Insomnium may be that band (or one of them). I know I like them immensely.

And I like this song immensely, too. It’s dramatic, powerful, sweeping — an archetypal example of what melodic death metal has to offer, that combination of galloping riffs, voracious vocals, and immensely affecting melodic atmosphere. (It has clean vocals, too, but they’re brief and they work beautifully.) The song has already made its way to YouTube, and so we’ll embed it after the jump. But once you hear it, I have a feeling you’ll want to go download it for yourself. (Cool album art, too.)