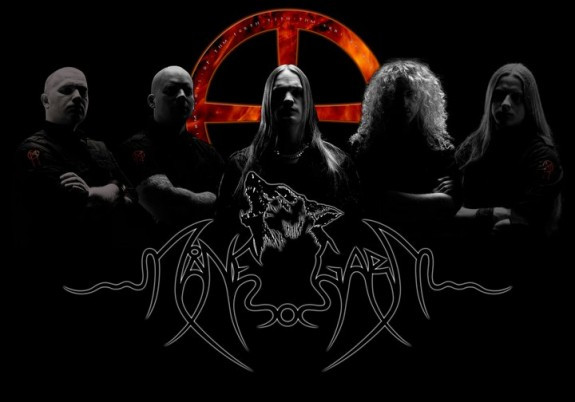 Here we go again — another episode of MISCELLANY, in which I expose myself (figuratively speaking) to music from bands I’ve never heard before and dutifully report the results to you, along with the songs themselves. The rules of the game that I’ve set for myself are to listen to only one or two songs from each selected band and let that be the basis for some judgments about the music.

Recently, I’ve been violating the rules with increasing frequency because I’ve had good luck with the MISCELLANY picks and gotten caught up in the music. For this listening session, I decided I’d really try to stick more closely to the rules because I’m so far behind on other NCS projects. (Here’s a hint: It didn’t work.)

The bands I picked from our MISCELLANY list for this session are Manegarm (Sweden), Exorbitance (US), and Strom (Germany).

In the last few MISCELLANY sessions, I’ve been intentionally including one pagan/folk metal band on the listening list. It’s a genre about which I’m not terribly well-versed, and I’ve had fun subjecting my eardrums to something different from their usual diet. As usual around here, the comments we’ve gotten on these posts have pointed me to some interesting looking outfits. So, I decided to continue the recent run of pagan/folk music by picking a band called Månegarm, who were recommended by multiple commenters. (more after the jump . . .) 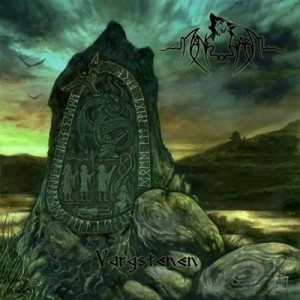 Though Manegarm were unknown to me, they have six full-length albums in their discography, plus assorted other demo’s, splits, and an EP. The most recent release is a 2009 album on Regain Records called Nattväsen. Left to my own devices, I probably would have picked one of the songs off that album for today’s experiment, but I had a strong recommendation from SurgicalBrute for the title song to the band’s 2007 album Vargstenen (“wolf stone”), so that’s the one I heard.

And man, did that song surprise the hell out of me! It’s a roaring fire of black metal fury that periodically makes way for an infectious folk melody. Even the clean vocals are intense and passionate. Fuck, the whole song is intense and passionate — and it’s dark, despite its galloping pace.

Based on that experience, I decided to allow myself one more song from Månegarm and this time I picked one from their most recent album, “Vetrarmegin”, because it’s the subject of an official music video. This song is thoroughly paganized, once again constructed on a foundation of pronounced black metal elements, but it again includes passages of clean singing and some fast-moving romps led by an electrified violin. Though I liked the first song more, both of them easily convinced me to spend more time with this band’s music.

Here’s “Vargstenen”, followed by that video for “Vetrarmegin” from the more recent album. Check out Manegarm on Facebook here.

And  for my next stop on this MISCELLANY tour, I came back to the US for . . . 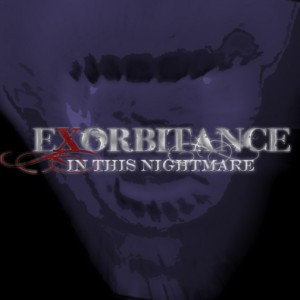 Exorbitance is a five-piece unsigned band whose members are from New Jersey and New York. They were recommended by comments I got in an earlier MISCELLANY post about a NY band called Satevis, and so I decided to see what they were all about. They released their nine-track debut album, In This Nightmare, in May. I decided to just start where the band chose to start, with the first song on the album, “Demoness”.

Sure enough, the people who left those recommendations knew what they were talking about. “Demoness” is fast-paced melodic death metal with a hard, sharp cutting edge and a guitar soloist who knows his business. It’s a well-constructed song that’s expertly played, and I liked it so much I went right back and listened to it two more times. And then I listened to the next song on the album, “Powerless”. Like its predecessor, it’s wolfishly aggressive with rapid riffing, driving rhythms, and some beastly drumming.

Well, fuck, I got hooked and listened to the next song, “Covetous”. It continues the propulsive power displayed in the first two songs, and gave me a further chance to admire the high-octane guitar work and the nasty, carnivorous vocals, reminiscent of Tomas Lindberg (At the Gates).

Once again, I’m sold on the music and ready to finish this album as soon as I finish this write-up. Here are the first two songs I heard:

You can stream the rest of the songs on In This Nightmare and download the album for a price at the Exorbitance Bandcamp page. Their Facebook page is at this location. 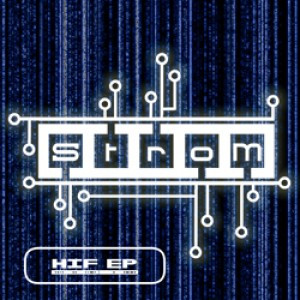 Strom is a German band who just released their debut EP, Herz In Fetzen (Heart Shred To Pieces), on a U.S. label called Radikal Rock. We got an e-mail from Radikal urging us to check out the music, and I pretty randomly picked them off our MISCELLANY list and started with the first track, “Hallo (Wir Sind Strom)”.

It reminded me of the age-old truth that if you build a song around a simple, body-moving, ingeniously infectious riff, it’s really hard to fuck up. I don’t mean to suggest that the demon riff at the heart of this song is the only thing about it that’s appealing, but that’s sure as hell a strong selling point. Coupled with that is an industrial-style rhythm undergirded by a thumping bass-drum line and distorted, caustic vocals. And did I mention the quieter instrumental passages accompanied by whistling plus a short snatch of wordless female vocals? Nice touches there.

There’s a Rammsteinesque quality to the music (yes, I stole that word from a Trollfiend piece we posted earlier this week), and although Rammstein is a band that I’ve never fallen in love with, I have fallen in love with this song. So yeah, I didn’t stop there. I moved right on to the second track, “Herz in Fetzen”. It’s even more industrialized, with more electronic effects, wearing some Nine Inch Nails influence on its sleeve. It’s also got a sweeping melody and a hooky chorus.

Well fuck, only two more songs left, right? So I went for it. “Was Du Fuhlst” took me on a big left turn — less metal and more industrialized hard rock, with the clean singing predominating. But shit, still catchy as ebola. And then came the EP closer with the confusingly similar (to a non-German speaker) title of “Wen Du Fallst”. I fell for this one, too, although it’s even less metal and more nü-metal. The harsh vocals completely disappear, and a piano makes an appealing appearance, but Strom’s talent for a hooky melody comes through again.

I suppose, to an American, there’s something about a band singing in German that automatically makes them sound nastier than perhaps they really are. If Linkin Park were singing these last couple of songs, I’d probably have stopped them before they finished.  But they weren’t and I didn’t, and I liked what I heard.

Here’s the first song I heard,and the last:

Strom’s EP can be downloaded for $2.99 from the Radikal Records site at this location, or you can download individual songs for a dollar a piece.

As usual for these MISCELLANY posts, today’s music was quite stylistically divergent, and I’m curious whether I’m the only person who liked all three of the offerings. So, what do you think? Thumbs up? Thumbs down? Thumbs sideways?