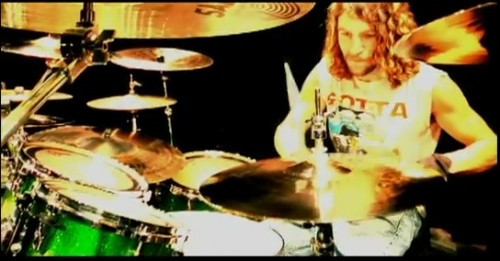 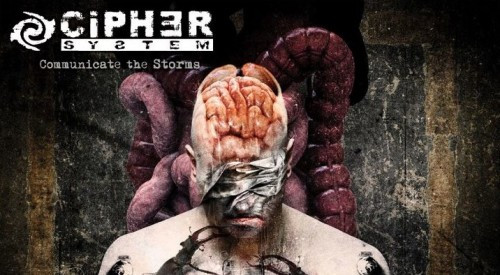 Here are a couple of things I saw at the end of last week that I thought were worth sharing: a drum-cam video of Pete Webber, the talented drummer of Denver’s Havok, doing his thing and a new song from Sweden’s Cipher System, doing their thing. What Havok and Cipher System are both doing in these clips is kicking butt, metaphorically speaking (though my butt actually did feel like it had been kicked after these two songs).

Havok is one of the few current-generation thrash bands who I can get into without reservation. They’ve got hell-on-wheels riffage, nasty throat-scraping vocals, and — yes — a drummer who’s worth isolating with your ears as Havok’s songs barrel through your cranium. Havok will be touring parts of the US and Canada in October and November along with Exhumed, Goatwhore, and Cephalic Carnage. I would knock down doors to see that show — if it were only coming to Seattle, but the farthest west this tour is venturing is Flagstaff, Arizona (Flagstaff? Really?). Sigh. (You can find the schedule here.)

In the drum cam video we’ve got for you right after the jump, Pete Webber plays through a Havok song called “Time Is Up”. It was premiered late last week by Sick Drummer Magazine. This isn’t your usual drum-cam video, with a camera fixed down by the kick pedals and another one looking over the drummer’s shoulder. In this pro-quality footage, there are multiple, shifting camera angles of Webber against a black background. Fun to watch, and “Time Is Up” is a badass song. 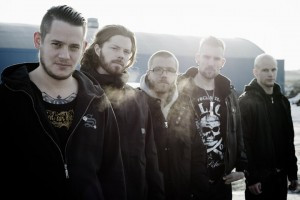 Cipher System has been kicking around for 15 years, but until recently, they had only produced one album — 2004′s Central Tunnel 8. But on June 30, Nuclear Blast announced that they had signed Cipher System for the release of their second album, Communicate the Storm. To tempt the waiting masses, Nuclear Blast released the album’s title track for free download in July (we featured that song here).

In mid-August, yet another Cipher System track was unveiled. This one is called “Forget To Forgive”. Can you say headbang-worthy, Scandinavian-style melodic death metal with thundering chords, paint-stripping vocals, pulsating electronic effects, and a message in the lyrics? I knew you could.

Communicate the Storms will be out on October 11 (about a month later than earlier reports indicated), and Nuclear Blast is taking pre-orders for it here.

7 Responses to “PLAYING HAVOK WITH THE CIPHER SYSTEM”