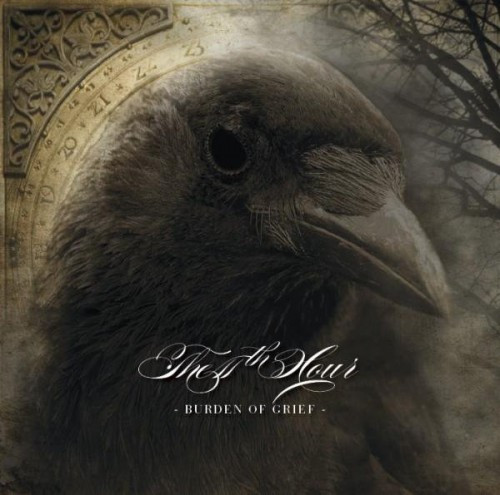 I know regular readers must get tired of me explaining what this MISCELLANY game is about, but amazingly, the traffic on our site continues to increase, providing further proof that there are many confused people in the world. For the benefit of new readers, therefore, I continue to explain:

We keep an ever-growing list of bands whose music we’ve never heard. The names come from many sources, including the bands themselves. Every now and then, when time permits, I randomly grab some names off the list and listen to a song or two from each one. I then babble about what I heard in these MISCELLANY posts and play the songs for you, because no one could possibly be so confused that they would just take my word for something without listening for themselves.

For this post, the names I chose were The 11th Hour (The Netherlands), Sacrament Ov Impurity (U.S.-Washington), and Öxxö Xööx (France).  Here we go:

I heard about this band via an e-mail from NCS curmudgeon reader Kevin. This wasn’t quite the stab in the dark that most of my MISCELLANY picks are, because every tip Kevin has given me so far has turned out to be a winner. Also, this band has an impressive pedigree. The main man is Ed Warby, whose name you may recognize from Hail of Bullets, Demiurge, Gorefest, and many other past projects. He handles all the instruments on the recorded songs, as well as clean vox. Harsh vocals were provided on the band’s sole album by Rogga Johansson (Demiurge, Bone Gnawer, Ribspreader, and many more). So, I figured the odds were good that I was going to warm up to this music.  (more after the jump . . .) 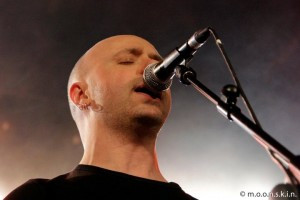 To date, The 11th Hour has recorded one album, Burden of Grief (2009), consisting of six long songs. I picked the first track, “One Last Smoke”, for test purposes. It’s a slow one, oozing with viscous sludge, driven by massive, distorted, slamming guitars and bass. About halfway through, a soaring synthesizer melody appears and is soon joined by a moaning guitar solo. The contrasting vocals are effective, though of course I’m partial to Rogga’s cavernous growls over Ed Warby’s high, clear, power-metal style cleans.

Yes, I liked “One Last Smoke” and no, I couldn’t stop with only one song, so I moved on to “In the Silent Grave”. A few bars of solitary piano at the beginning are soon smothered by more of that cataclysmic guitar tone and a winding, higher-register lead. The music remains bleak, dour, a rolling bank of heavy black cloud pierced by flashes of lightening.

So, yes, this is doom — really heavy, oppressive, yet melodic, doom. A steady diet of this could cause the top of your head to collapse into a sinkhole. Here’s “One Last Smoke”, which is aptly named.

The band has recorded a new album that’s scheduled for release in January by Napalm Records. Because of a prolonged illness that interfered with his ability to record vocals, Rogga will not be on the next album. Instead, the roaring will be provided by Pim Blankenstein (Officium Triste), who has been the band’s live vocalist since the outset. No songs from the album have yet surfaced (mixing still appears to be in progress), but you can bet we’ll feature the music at NCS when the time comes.

Here are band links for more info, and for stalking purposes:

I found Burden of Grief at Amazon mp3. 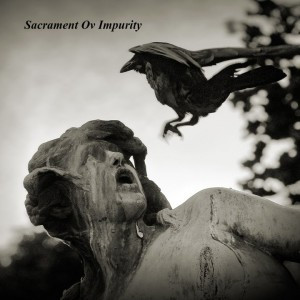 I don’t pay nearly enough attention on this site to local bands in the Seattle area. We try to cover the world here at NCS, but still . . . So, today I decided to spend one of my MISCELLANY picks on a metal band from Mt. Vernon, Washington called Sacrament Ov Impurity. I’ve been thinking about them because I briefly met their guitarist, The Butcher (nice dude), outside Studio Seven recently and bought a copy of their 2010 debut CD, A World Beheld By Damnation.

Plus, I also discovered later that the band had written me about their music back in January. I thought a 10-month delay seemed like foot-dragging even for an inveterate drag-ass like me.

A World Beheld By Damnation is an ambitious undertaking for a self-released debut — 12 songs totaling almost 70 minutes, including a number of longer-than-average tracks. I decided to dive into the middle of the album and hear a song called “Frozen In the Eternal Godless Winter”, because that’s basically what I’m beginning to dread as we get close to November in Seattle.

This may be a Pacific Northwest black-metal band, but put out of your head any thoughts of Agalloch or Wolves in the Throne Room. You’d be closer to the mark if you thought about those Columbian transplants to the PNW, Inquisition. After a prelude that conjures thoughts of winter winds, the song begins to scythe its way through your senses with hammering blast-beats, intense waves of tremolo guitar, and a mix of shrieked and growled vocals. A brutally pounding instrumental breakdown comes near the end before the final burst of vehemence that concludes the track.

Well, that song was so good that of course I let the CD continue playing, onward into track 7, “Eye Ov the Storm”. This turned out to be an instrumental interlude: The sounds of rain; solitary guitar notes; a simple, contemplative synthesizer melody; a piano picks up the melody; massive drums begin to pound; synthesized strings swell, accompanying the piano. A beautiful song, but I wanted more of the scything, so I hung in there for track 8: “Blackened Skies Under A Dying Sun”.

I got my wish. This track moves from crunching death-metal style pounding to acidic black-metal blasting and back again. There’s another old-style breakdown in this song that compels neck-snapping with its stomping rhythms. Good stuff.

Sacrament Ov Impurity harness martial rhythms, atonal acidity, and memorable traces of melody, and drive them racing through your head. Damned impressive. Fans of bands like Immortal and Satyricon will find satisfaction in this music. This is an album I’ll be coming back to once this post is finished. Here’s “Frozen In the Eternal Godless Winter”:

To check our more news about Sacrament Ov Impurity, here are links; you can stream the band’s entire album and download the songs at both the ReverbNation and Facebook band pages: 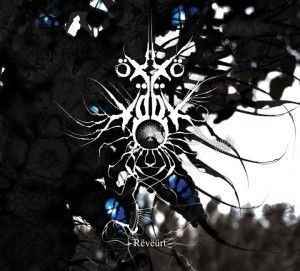 Don’t ask, because I have no idea how to pronounce this band’s name. They are from Vincennes, France, though their name is not French. Earlier this month they released their debut album on Apathia Records called Rëvëürt (which, according to the band, means “revolt of the heart”). With song titles such as “Ägörth”, “Ctënöphörä”, and “Sülï”, it’s apparent that the band have an affection for umlauts.

In fact, they’ve created their own language, in addition to sculpture, face-painting, costumes, graphics, animation, and more, in an effort to express concepts related to breaking free from the suffering and constraints of life on this world. The band’s name is a binary representation of the number 69 (in binary code, 0110=6 and 1001=9). As for why 69 was chosen, you can guess one reason, and the other relates to flipping life on its head, to turn bleakness into light.

In other words, this band is avant-garde, with a capital A and a capital G. I found out about them through an e-mail from Apathia and decided to give this a shot, in part because the band has some involvement by Gautier Serre from the two-man band Whourkr, and that is one cool band. But Öxxö Xööx is really a near-one-man project of Laurent Lunoir, with some assistance from Serre and Laure Le prunenec.

For purposes of this post, I started at the beginning, with “Ägörth”. It’s almost 11 minutes long, and succinctly capturing the music isn’t easy. At the most simplistic level, the intricate music is heavily symphonic, featuring the sounds of pipe organ, harpsichord, and massed strings. Distorted, grinding guitars and blasting drums do contribute to the mix. It moves from soft and thoughtful to bombastic, back and forth, and there’s a gothic darkness to the atmosphere. Thankfully, it’s also virtually cheese-free.

The vocals are almost entirely clean, but they’re quite varied. Laurent Lunoir has great range and emotional power in his clean singing, sometimes performing in harmony with female vocals. About as close as he comes to harsh vocals are high-end, vein-bursting proclamations of passion (and the lyrics in this song are constructed in that made-up language I mentioned earlier, so don’t bother trying to understand them).

I’m not well-versed in symphonic metal, because it’s really not my thing, but I would guess that fans of Nightwish, Rhapsody of Fire, and Therion might find Rëvëürt worth exploring. Check out “Ägörth”:

The band’s debut can be streamed and downloaded for a price, or ordered in physical form, from Bandcamp (here). The following are links to their various web sites, where streaming music and more info are available:

I mentioned earlier that this band is a multi-media project. If you get the digital album from Bandcamp, you’ll find that the file includes 26 images, some of them art and some of them photos. Here are just a few:

3 Responses to “MISCELLANY NO. 38: THE 11TH HOUR, SACRAMENT OV IMPURITY, AND ÖXXÖ XÖÖX”