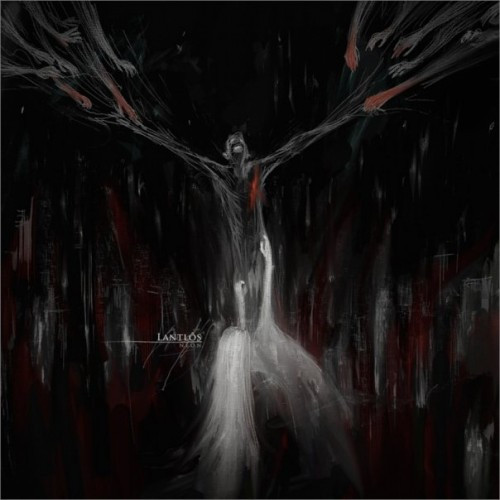 Lantlôs is a two-man German band consisting of Herbst, who writes the music and plays all the instruments (other than session drums), and Alcest’s Neige, who supplies scarifying vocals. Their 2010 album, .neon, made several of the “best of the year” lists we published last December. Even after seeing the name on those lists, I never listened to it. Don’t ask me why, because I don’t know. However, the band have already finished a new album titled Agape — five songs totaling about 35 minutes of music. It’s scheduled for release on October 28 and it’s available for pre-order in a variety of formats from Prophecy Productions at this web store.

Thanks to a tip from BadWolf, I can report that the album is also now streaming — for one week only — at the Finnish web site Inferno, which also hosted a stream of the new Solstafir album that we featured not long ago. Accompanying the album stream is a track-by-track commentary (appearing in Finnish on the Inferno site) by Herbst. This offers two attractive opportunities:

First, you get to hear the new Lantlôs album. Second, English speakers get another chance to see what kind of new hilarity will be produced by running the text through Google Translate. I sure hope whoever’s working on the Finnish-to-English algorithm for Google Translate stops trying to improve it, because it’s perfect just the way it is. For example, Inferno’s description of the Lantlôs music comes out this way: “post-called black metaliksikin”.

Me-tal-ik-sik-in. Beautiful word. It has dueling connotations — it sounds like either “sick metal” (a good thing) or metal that makes you sick-up your breakfast (not so good). I’ve only just started listening to the Lantlôs album stream, and so far I’d say it’s sick metal.  (more after the jump . . .) 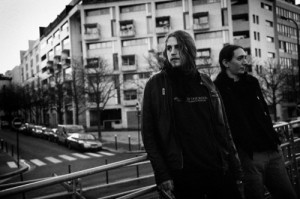 The long opener “Intrauterin” begins like a cross between funeral doom and shoe-gaze, dowsed in black-metal acid. But almost half-way through it becomes something beautifully . . . ethereal. And then it explodes into a searing but stately finish. Very. fucking. Cool.

The next track, “Bliss” (also a long one), is much closer to straight black metal, of a kind that reminds me of Wolves In The Throne Room. Neige’s vocals are scorching, and the wall of ringing guitars is dense and suffused with grim melody. But this song also turns into something quite different near the mid-point. The cascade of noise drops away, making space for a soft, slow, jazz-inspired meditation. And then, as on the first track, there’s a ramped-up finish, with a return to the melodic black-metal assault with which the song began. Very. Fucking. Cool.

I only had time for one more song before having to leave for my fucking day job this morning — the third track, “Bloody Lips and Paper Skin”. The sound of a cold wind. The strumming of an electric guitar. The combined sounds building in volume and intensity. Pounding drums and Neige’s vocals joining in, and the melody previewed in the intro unfolds fully and powerfully. What can I say?  Very. Fucking. Cool. This song is going to stick in my head for hours, I can already tell.

Yes, this is sick, not sickening. I’ll be coming back to finish listening later today. As for you, you can start listening now, at THIS LOCATION. (People who like their black metal to be eviscerating probably won’t dig this, but listeners who are into post-called black metaliksikin should eat this up.)