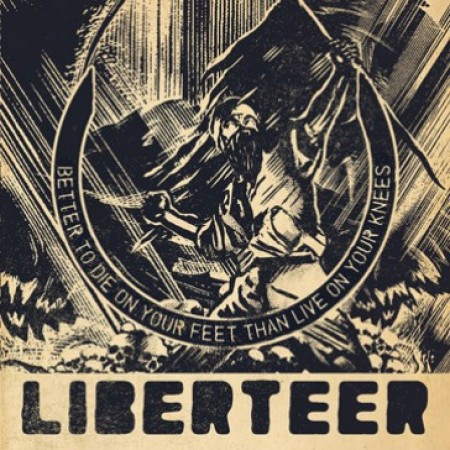 Here we have three one-man projects, one recently signed to a major label and the others unsigned, and all of them worth a listen: Liberteer (California), Amputation Spree (North Carolina), and Morgh (Pennsylvania).

Liberteer is the creation of SoCal resident Matt Widener, a former Marine, a former member of Exhumed, and the bass player for Cretin. Widener’s previous solo project was called Citizen. Earlier this month, Relapse Records announced that it had signed Liberteer and will be releasing the band’s debut album, Better To Die On Your Feet Than Live On Your Knees, on January 31, 2012. Widener had these comments about the Liberteer project:

“My thoughts on politics slowly changed over the past six years. In Citizen I had a sense of outrage about our government, but because it still supported the idea of state, it doesn’t make much sense to me now. I’ve come to embrace the ideas of anarchy. The old band name, Citizen, represents a system of exclusion and nationalism, things I can’t stand now, so I had to rename the band and change a lot of things. I think the good things about the music are still there—the thematic, major-key riffs, the d-beats and blasts—but the message is now pure.

“The album is one long song, with a handful of the coolest riffs reappearing as leitmotifs, like a pissed off opera made of blasts and d-beats. It’s utterly relentless. Plus, there’s a training montage at the halfway point.”

Seeing this in a press release was enough to pique my interest. I’m particularly curious about the “training montage”. But what sealed the deal was listening to the title track. 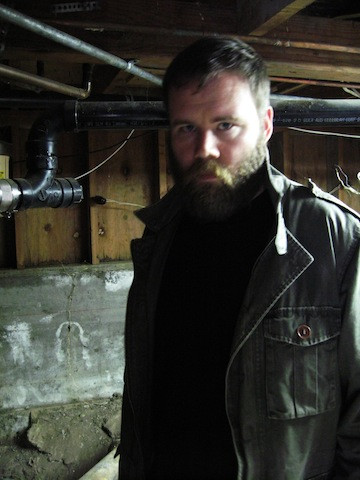 The first part of the song is a blast of down-tuned death-grind, which then unexpectedly shifts gears into a sweet, down-paced finish (with a neck-snapping, bass-driven rhythm) before ending abruptly — proving that anarchy is as much a musical philosophy as a political one. The song is too short for my greedy ears, but long enough to enliven interest in the album when it comes. Here’s that title track to Liberteer’s forthcoming debut:

Relapse is accepting pre-orders for the Liberteer album at this location. Liberteer’s facebook page is here.

UPDATE: As of today (Nov 28), Metal Injection is hosting a Relapse Records podcast which includes the premier of yet another Liberteer song, “It Is The Secret Curse of Power That it Becomes Fatal”. Go here to listen to that. 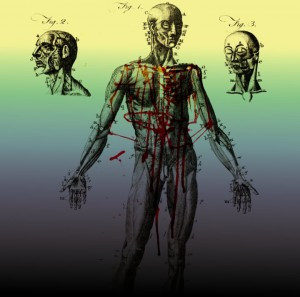 Amputation Spree is another one-man project, the man in question being Spencer Van Dyk, who dwells in Raleigh, North Carolina. Spencer contacted us by e-mail, and I was immediately attracted by his band’s name. Because I often feel the desire to go on an amputation spree. And because I suspected that I would like the music if it sounded like an amputation spree.

A.S. has a Bandcamp page that features the band’s latest EP, Three/Inferno (Nov 2011), along with two previous EPs. Generously, all of them are available with a “name your price” option.

The music on the new EP is described as “thinking man’s slam”. It’s certainly different from most slam metal I’m familiar with; more like slamming electro-death. The first track, “The Whore of Babylon” is part inexorable brutalization (but with a groove) and part meandering synth melody (but a catchy one), and includes a variety of electronically distorted vocals, from uber-low gurgling to higher-end harshess, with some clean singing thrown in unexpectedly. I wish the drums had sounded less robotically inhuman and more natural, but the song was nonetheles interesting.

“Messiah” mixes lurching-golem slam riffs with prog-death keyboards and diseased guitar leads, and more of those heavily distorted frog-croak vocals. This one definitely kept me off-balance.

The last track, “The Age of Reason”, is the strangest of the three. Crippling slams are periodically punctuated by weird keyboard interludes or stuttering out-of-phase electro beats or digitized android pulses. The thing peters out slowly, but makes the listener jump with bombshell crashes of electronica.

Here’s the Bandcamp player with all 3 tracks from Three/Inferno. If you like what you hear, you might consider going to Amputation Spree’s facebook page and liking him. I did. 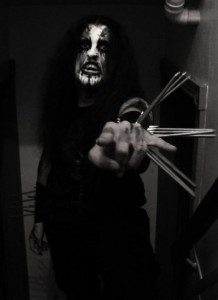 Morgh is the musical creation of a dude who goes by the name V. He’s the band’s guitarist and vocalist. At various times, he has had collaborators, including an additional vocalist (Bal) and a drummer (Keg) who participated in recording Morgh’s debut full-length, Through Idol Eyes (Dec 2010).

Today, Morgh has again reverted to a solo project of V, and he’s solely responsible for the band’s new EP, self-released last month, Absorbed, Enticed, Deceived. The songs on the EP originally appeared as Morgh’s contribution to a split with October Flame that was released earlier this year.

V first contacted us back in September. I liked what I heard then (a few tracks off the first full-length) — and now I’ve finally found the right place and time to say something about the music. Also, by waiting, I was able to hear the new EP, so there’s that.

The intro track, “To Hell”, is a repeating loop of guitar chords, electronic effects, and swooping, in-and-out vocal distortion. It sets the stage for “Beyond Grey Stones”, all jabbing/swarming riffs, rolling drums, and V’s blood-curdling, mid-range vocals. “Glory Am I (pt. I)” comes next: a prolonged earthquake of deep, grinding drone and shrill, fleeting electronic samples (with more distorted vocal groans and moans).

At this point, the EP jumps back in time to an old 2008 track called “Free!”. Ambient keyboards shimmer in the background as tremolo guitars and blasting drums fume in a caustic eruption of malice. Distorted and dense, the song packs an old-school wallop.

And then comes the finish, “Glory Am I (pt. II)”, shot through with a bass-heavy drone that provides a platform for howling guitars and pounding percussion. At times melodic, at times simply harrowing, it’s a gripping song and the best one on the EP (though it abruptly stops way too soon):

On the whole, I prefer Through Idol Eyes to the EP. It’s quite a varied, creative collection of songs — ranging from the full-on blistering fury of “Satan’s Horde” to the tribal drone of “Thrown To the Flames” to the psychedelic guitar pyrotechnics of “Flesh Wood and Nails” — but in general it’s less experimental, more guitar-driven, more acid-drenched than the EP. Here’s one of my favorites, a bonus track called “Ashes”:

Morgh has a Facebook page and a ReverbNation page where music can be streamed, and all five tracks from the new EP can be heard through this YouTube channel. Message v.speak@live.com or morghtheband@live.com to get the music. 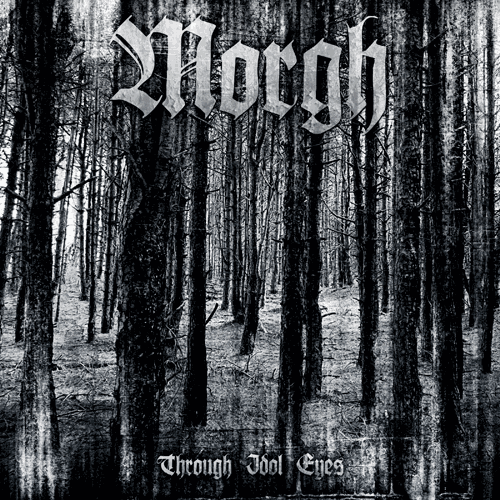