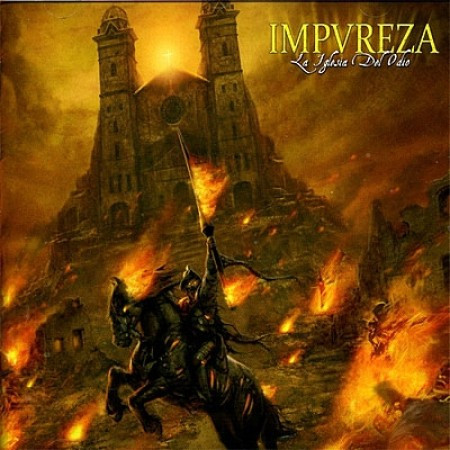 I found out about the band featured in this post about a week ago, thanks to two, almost simultaneous messages from NCS reader Utmu and NCS writer TheMadIsraeli, both of whom seem to have an ear for metal that pushes my buttons. Impureza immediately pushed two of them: Their music incorporates both traditional “ethnic” influences and instruments that are rarely found in metal — in this case flamenco — and the cover to their most recent album, La Iglesia Del Odio (“the church of hate”), is a real eye-catcher (it was created by Johann Bodin).

The band are currently based in Orléans, France, and they actually appear to be Frenchmen instead of transplanted Spaniards, as one would expect from the music. Following a series of demos and splits, they released their debut album in April 2010 — the aforementioned La Iglesia Del Odio — on a French label called Snakebite Productions, from which the album can still be acquired in CD form.

Now, despite the abstract attraction (at least to me) of a death metal band who incorporate flamenco music into their sound, and despite the fact that they were deemed worthy of a spot at HELLFEST 2011, I did have to wonder whether this might turn out to be nothing more than a gimmick, a passing curiosity, a novelty without substance, and I also wondered how flamenco and death metal would sound in combination.

The answer: Impureza sounds brilliant, particularly if you’re a fan of technical death metal in the vein of Nile, Krisiun, Decapitated, or Fleshgod Apocalypse, and the distinctive flamenco cadences and melodies are no gimmick: They’re integral to this music, and they give it a fascinating, distinctive flair. 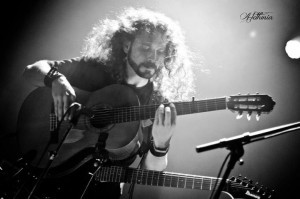 Flamenco music, song, and dance are fiery and passionate. In fact, some people think the word “flamenco” evolved from the Spanish word “flama”, which means flame or fire. One of the reasons it melds so well with Impureza’s brand of death metal is because their performances are absolutely blistering.

The flamenco influence is evident from the first seconds of the first song — “El Gitano Maldito” – as the distinctive rhythms performed on an acoustic guitar play in tandem with some heavy-ass death metal riffage before the song explodes in a burst of head-cleaving force and jet-powered speed. The acoustic flamenco music returns again briefly in this opening track, just as it appears in interludes or as accents in every other song, providing this pile-driving machinery an unusual, exotic air. 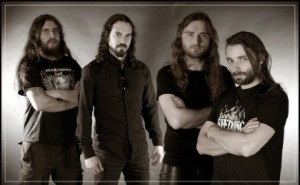 Yet the flamenco music is never far away, and its role is not limited to acoustic intros and interludes. Those unusual rhythms and melodies appear to greater or lesser degrees throughout the album, even in the massive, down-tuned, electrified riffing in songs such as “Besar La Mano del Infame”. (Flamenco guitarist Lionelito plays not only the acoustic guitar but also electric guitar along with second guitarist Rafael, who also plays the castanets.)

In keeping with the Andalusian flavor of the sound, bass-player Lamas sings in Spanish — or more accurately, he voices the lyrics in Spanish, using a throaty, gravelly bark that’s full of fiery passion but also downright demonic.

From start to finish, La Iglesia Del Odio is a supercharged kick in the head, a flamenco-inflected rarity that’s really impressive. Here are two songs for you to check out, and you can also stream the entire album by visiting this location.

To dig deeper into Impureza, check their Facebook page here or their MySpace page here. If you’re interested in the album as a download, both iTunes and Amazon are carrying it.