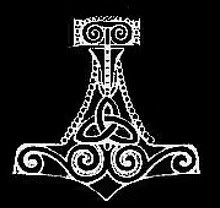 It appears we have helped spawn a new blog. And not just any blog. And not just by anyone. Ladies and gentlemen, allow us to introduce you to ALSO, WOLVES, the new blog dedicated to folk, Viking, and pagan metal launched by our very own Trollfiend.

Well, he’s not really ours. We explored the possibility of establishing ownership but learned to our dismay that the 13th Amendment to the U.S. constitution prevents that here in the States. But even though we don’t own him, Trollfiend has become a welcome presence around NCS through his frequent comments and occasional guest posts about pagan and folk metal, which is a sub-genre we had been unfairly neglecting before Trollfiend showed up.

After spending some months around NCS, Trollfiend evidently came to the logical conclusion that if people will read the kind of shit we post at NCS, well then, fuck, why not do it himself? And so he has. And it’s really good. So far, Trollfiend has put up 3 posts on the new site since launching in late October (we knew about it then, but Trollfiend asked us not to spout off about it until he had built up a bit more content), and all three are worth reading. The headline for today’s offering at ALSO, WOLVES is at the top of this post, and you should definitely check it out.

But don’t stop there. Show Trollfiend some love. And no, I don’t mean e-mailing him photos of your genitalia. Well, I mean don’t just do that. 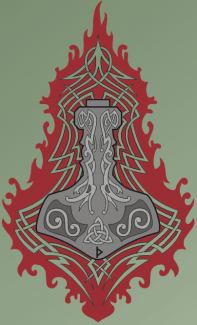 Go over to ALSO, WOLVES, register at the site, start picking up Trollfiend alerts when new content appears, and then read it. Also, be sure to leave Trollfiend some congratulatory comments on his posts. Y’know, the kind of polite, totally serious comments we get here at NCS every day. The kind of comments that Trollfiend leaves us. You know what I mean.

Of course, you should also feel free to leave Trollfiend comments here, too. He’ll see them. He has assured me that despite the launching of his own blog, he’ll continue to visit NCS, comment on our posts, and send in guest pieces for publication at NCS. Without those assurances, of course, I wouldn’t have said shit about his new blog, since at heart I’m a selfish fuck who prefers that our friends and readers have no fun anyplace but here, ever.

Trollfiend, dude, congrats and brutal regards from your friends at NO CLEAN SINGING, with best wishes for a long and successful run.

25 Responses to “THE CURTAINS PART, THE LIGHTS COME UP, AND TROLLFIEND TAKES THE STAGE!”