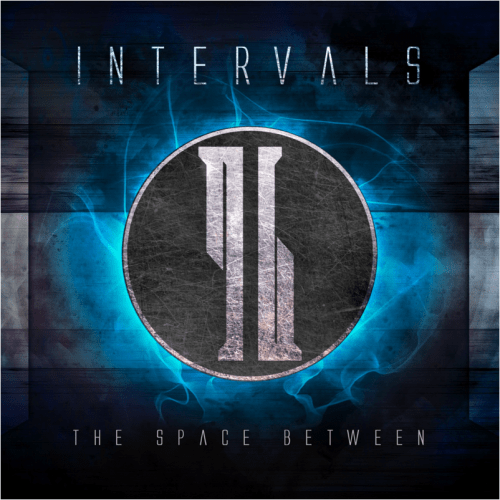 (TheMadIsraeli turns in this review of the new EP by Intervals, and in our next post, he follows it with an interview of the band’s main man, Aaron Marshall.)

Things are fucking busy at the NCS camp at the moment.  I’m busy doing my top albums of the year while also lining up and preparing some other good shit for the future (including following up on suggestions I requested, which I’ve finally got organized). So for now, it’s time for some quick reviews to fit in amongst our myriad of on-going year-end guest posts.

I’ve been following Aaron Marshall and his instrumental tech-djent experiment Intervals since he put up the first playthrough videos of his songs online.  The guy had obvious skill, catchy riffs, and bold, ambitious lead work that etched its way into my brain.  I’m not sure if he even originally planned to find a band to play this stuff with him, but sure enough he did, including YouTube djent drum-cover sensation Anup Sastry.  Now, under the Intervals name, they’ve released a debut EP by the name of The Space Between, and that’s the subject of this review.

This EP is 5 effective tracks of varying material, all utilizing elements that we’ve seen within the djent style, ranging from the syncopated, low-toned grooves to the noodily Periphery and Sikth legato styling’s, to the more fusion-based melodic elements.  “Begin” is merely an intro that sets the stage for the rest of the EP. It’s a rhythmic, chugging motif under a beautiful electronic-inspired ambient cloud hanging over the distortion and grooving drums.

The music then explodes with the manic fury of a hornet swarm that is “Still Winning”. Syncopation and juxtaposition of whirlwinds of technicality aligned with a rock solid rhythmic foundation provide a solid two-minute ride.

“Duality” then provides an avalanche of an assault with a nice fusion-y melodic chorus for good measure and balance.

“Sonar” changes up the mood of the album quite a bit, however, bringing in a trudging propulsive groove of sorts.  The technical riffage is still here, but with more of a focus on keeping the song moving forward and motivating the listener to a state of head-bobbing ecstasy.  This is also the first purely melodic song on the EP. It proves that Aaron doesn’t need to rely on quirky riffs and atonal, “wacky” sounding runs to remain interesting.

“Inertia”, though, is undoubtedly my favorite.  Boasting a near 7-minute run time, it’s a journey centered on a profound dark-jazz-tinged melodic progression.  Aaron’s lead work on this track is superb and hits the right spots, playing the right notes, at the right time, in the right sequence.

Intervals is a band who have only begun to tap into the potential they have.  And so with that said, I leave you with the Bandcamp player for this EP, which you can get for free or a at a name your price option.  You can check out Intervals’ facebook page here. An interview with Aaron Marshall will be coming up shortly.

One Response to “INTERVALS: “THE SPACE BETWEEN””