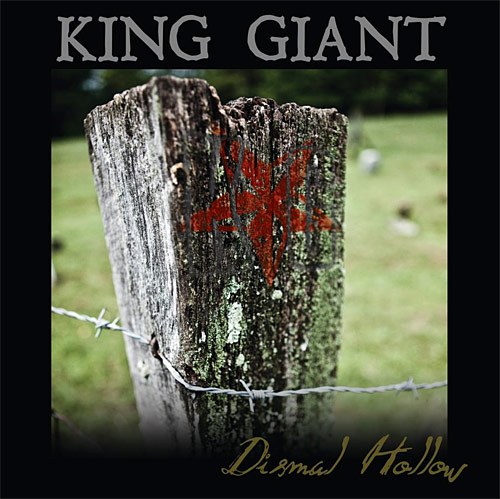 (In this post, BadWolf reviews the remarkable new album by Virginia’s King Giant.)

Human beings cannot make music in a vacuum. The land under our feet and histories written by our ancestors, even our neighbors’ ancestors, colors our lives in the present. That may seem elementary, but it’s essential to being a conscientious person … not to mention understanding King Giant’s 2012 album, Dismal Hollow. The Pimmit Hills, VA, quintet infuses their brand of stoner metal with the past, and the experience of being a small-town American in a part of the union that lost the American Civil War. In other worst, this is not merely heavy metal, it is haunted metal.

The undead, as always, are yet to come. First, sound: King Giant play a blues and folk-twisted brand of stoner metal that sounds quintessentially American, as distinct from the more black-tinged European style. Dismal Hollow, in every way superior to their already-excellent debut Southern Darkness, sounds so pristine that I ordered it on vinyl after two listens—applause for King Giant and Cormorant proving that self-released albums can sound as good if not better than studio metal. While Black Sabbath lurks in their genetic code, King Giant sound like their obvious influences took root on American soil: Dave Hammerly’s vocals recall vintage Glenn Danzig, while his band mates evoke contemporaries like The Gates of Slumber, minus the Frank Frazetta-style periphery. From foreign shores, Primordial’s most recent doom/folk output sounds like a distant kissing cousin.

Perhaps the best tonal touchstone, however, is Pepper Keenan-era Corrosion of Conformity, particularly the song “Clean My Wounds.” Hammerly’s clearly audible melancholy is equal to Keenan’s, but better-sung. The difference is, “Clean My Wounds,” is played on the upbeat; it reflects the quasi-hopeful attitude of post-80’s early adulthood in America. King Giant play stoner metal post 9-11, in the era of cynicism and doubt.

About those ghosts, they run the record. Dismal Hollow opens with “Appomattox,” named after the infamous Civil War battleground also in King Giant’s native Virginia. For the uninformed, the final battle of the American Civil War was fought at Appomattox. The song, apparently sung from the perspective of a phantom Confederate officer, sets the themes of past sins unredeemed, souls lost in limbo, and the violation of innocence.

After that, things get personal. The second track, “Tale of Mathias,” is sung from the perspective of a woman taking her life back from an abusive man—“Last time he ever laid a hand on me,” sings Hammerly during the chorus, with mysterious female harmony lending the tune an otherworldly hook. It sounds as if Hammerly is possessed by the force of his characters’ will. “Tale of Mathias” dovetails with the album closer “O’ Drifter,” a slithering piece of Danzig worship from the perspective of a man in a car, coaxing a woman into his passenger seat, planning on sending her to join the rest of the cursed dead in Dismal Hollow. The album follows the diamond-solid 8-track album blueprint Metallica used for Ride the Lightning and Master of Puppets—in between those thematic bookmarks, King Giant play odes to boozing, bloodshed, and one of the finest bits of instrumental doom in recent memory.

Dismal Hollow is set for release near the end of this month—prepare yourselves for the first excellent album of 2012, a slow cruise through doom country, the doom metal equivalent of a day-trip to Arlington cemetery. 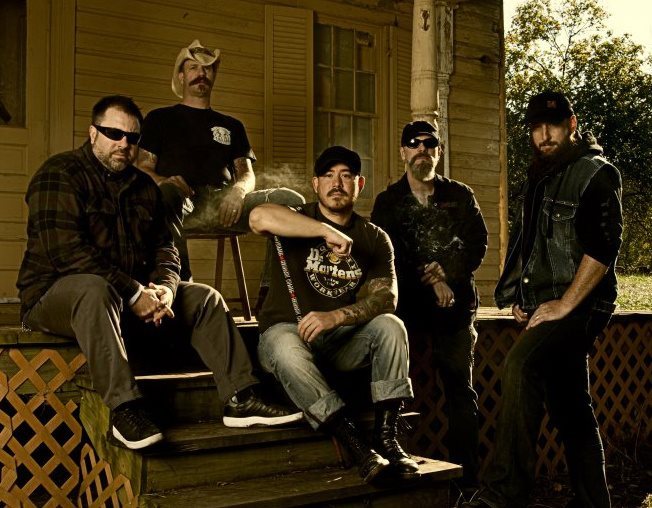 EDITOR’S NOTE: Dismal Hollow, Southern Darkness, and other King Giant merch can be ordered at this location. This is a DIY band, so if you like the music, throw some of your hard-won cash in their direction. Or, you can try your luck with a contest we’re running that will give the winner some KG booty. For details on that, check this post. And finally, if you missed the awesome Kevin Barker-filmed video for “Appomattox” that we featured yesterday, here it is again. It’s a different spin on the song’s lyrical theme of a people turned against themselves: