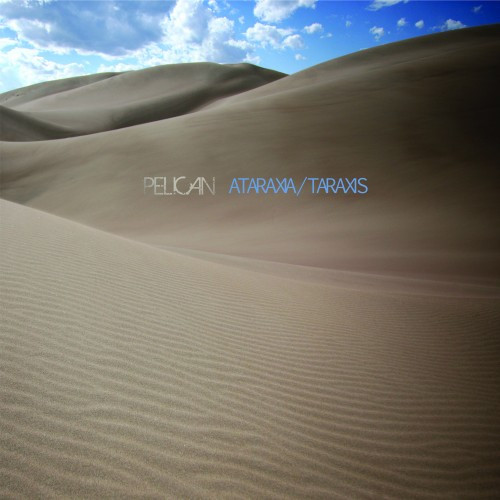 The last release from Chicago’s Pelican came almost two years ago — What We All Come To Need. Word of new music has been circulating for a while, and today we can hear it.

Pelican’s new EP is called Ataraxia/Taraxis, and it will be released by Southern Lord on April 10. But Pelican has established a Bandcamp page that’s now streaming one of the EP’s four songs — “Lathe Biosas”.  On top of that, you can download that track for free by visiting Spin.com or via the Pelican Bandcamp site here.

The band characterizes the new EP as an “experiment” — the first release that they built “by recording in multiple studios (often not with one another) and compiling the results”. Most of the recording was done by the talented Sanford Parker, and he also handled the mixing.

After the jump, you can listen to the new song, “Lathe Biosas”. I’m writing about this and including the song stream for the usual and obvious reason — because I like it very much, and because I’ve become a fan of this band after seeing them live in Seattle for the first time last year. The song is a sweet jam of ringing, chiming, hammering, crushing music. Check it after the jump and let us know what you think.

7 Responses to “NEW MUSIC FROM PELICAN”