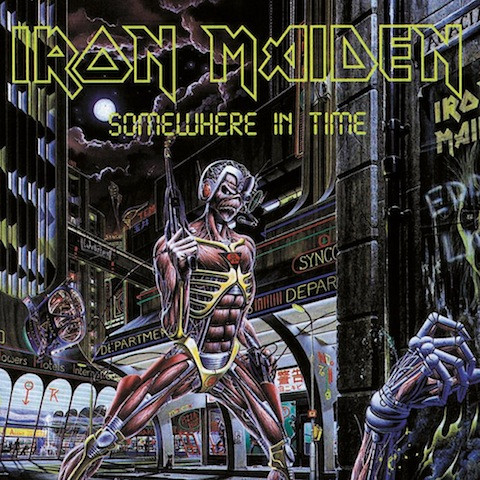 No Clean Singing has made its name in the metal underground by focusing on the undiscovered cutting edge. Bringing relatively unknown, but sweet, bands to prominence is our stock and trade. That said, as our resident grumpy old man, I’ve made a New Year’s resolution: to listen to more old metal albums.

Why? I don’t know, really. There’s no reason to believe that something will be better or worse based on its age—music is not wine. I suppose I just have a renewed interest in retrospective activity, period: I read old books, I watch old movies, listening to old music just feels right. I’m not trying to escape into the past (Obama over Reagan any day of the week, even if I hate them both), but I’m trying to understand what it was like to have a brand new Iron Maiden album in my hand.

It should be noted: I adore Iron Maiden. Their influence on modern extreme metal may be in question to some, but their prowess is never in question. Maiden used to (and on occasion still do) write the best narrative metal songs. They still have the best frontman in guitar music—and the most multitalented! Oh, and they innovated both twin guitar octave harmonies and ‘the gallop.’

Imagine metal without the gallop rhythm. There would never have been a Slayer. I think it’s safe to say that without Slayer there would be no extreme American metal as we know it. There would be no death-chug without Maiden. But that’s a discussion for another time. 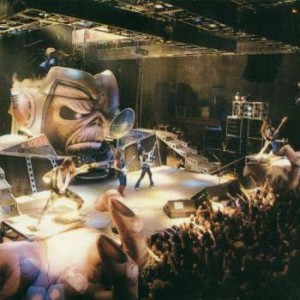 Somewhere In Time is one of the Maiden albums I never gave much of a shot for two reasons: One, neither “Wasted Years” nor “Stranger in a Strange Land,” its two most famous songs, ever struck much of a chord with me. Two, Somewhere is known for being the Maiden album covered in synth-guitar. Knowing what synth-guitar did to Judas Priest (the Turbo album), I gave Somewhere In Time pass after pass after pass.

That was a mistake. The lamb’s blood has washed off the door and creeping death is here: Somewhere In Time kills. Iron Maiden used the synth-guitar to great effect here: Most of the songs float ambiguously between power metal and glam ballad—exactly where this lighter, cleaner guitar sound belongs. The melodies, be they vocal or guitar, shine. And, while the synth sound (with a few exceptions) doesn’t create the vague sci-fi aesthetic Maiden shot for, it creates an open midrange for Steve Harris’ dextrous bass work to punch through. 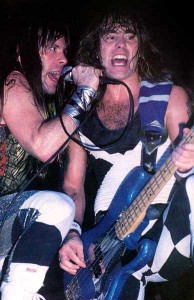 On the second run-through, “Wasted Years” opened up for me. The chorus still tastes saccharine, but the clean plucked guitar hook that opens the song continues to blow my mind. “Stranger in a Strange Land” drags on too long without a rhythmic climax, but it’s still a good song. Truth be told, the only song I cannot stand is the ballad, “Heaven Can Wait,” which strays too far into glam metal without adopting any of the groovy sleaze that makes Cinderella and Motley Crue awesome—the same critique I have of every Ozzy Osbourne ballad ever.

But the end of the record lives up to the quality of its predecessor, Powerslave (my fav Maiden record,  and one of my favorite metal albums ever alongside Master of Puppets, Leviathan, and The Sound of Perseverance). “The Loneliness of the Long Distance Runner” lives up to its title with an extended play-time and a real sense of isolation punctuated with a soaring Bruce Dickenson chorus. “Deja Vu” quite simply rocks, and has one of my new favorite Iron Maiden riffs—equal to “The Trooper,” as far as I am concerned.

Album finale “Alexander the Great” is probably the last time Maiden ever pulled off an extended epic song–such pompous exercises totally dominate their songwriting now. While it lacks the literary cred of “Rime of the Ancient Mariner,” (closing track on Powerslave) “Alexander” compensates with more impressive solos, and more concise songwriting.

One song excepted, Somewhere In Time knocked me off my feet. I would pay to see it performed live, that’s for sure. Highly recommended.

Next time I promise I’ll review something a bit heavier! 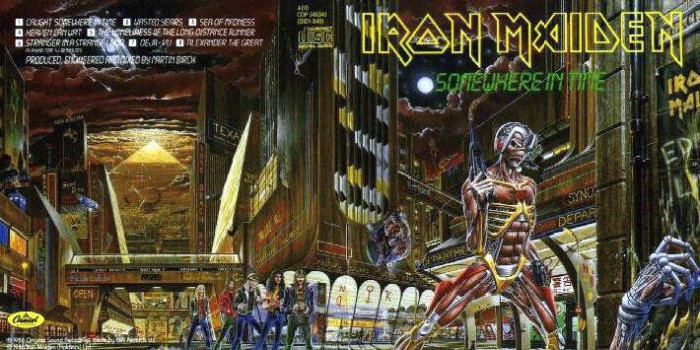