This is another classic EYE-CATCHERS experiment, and by “classic” I mean the original concept of this series — to find good music based solely on the album art. The subject of today’s experiment is a forthcoming debut album called Wires of Creation by a band from Melbourne, Australia, named Elysian.

I saw the album cover big as life in the body of an e-mail that greeted me in my in-box this morning. The brutal truth is that instead of moving on to other e-mails and NCS projects I had planned to mess with this morning, I stopped to check out Elysian’s music solely because I liked that album cover. It’s different. You can almost see the motion, the rising up, the colors changing with the motion against the black backdrop.

Based on the cover art and the style of the band’s logo, I made a guess that the music would be some flavor of prog. As it turns out, that wasn’t a bad guess, but not exactly dead center in the target either. My impressions of the music are based on one song from the album — “Mans Design” — which has recently become available for streaming, so that’s not exactly a great sample size. But I sure do like that song. 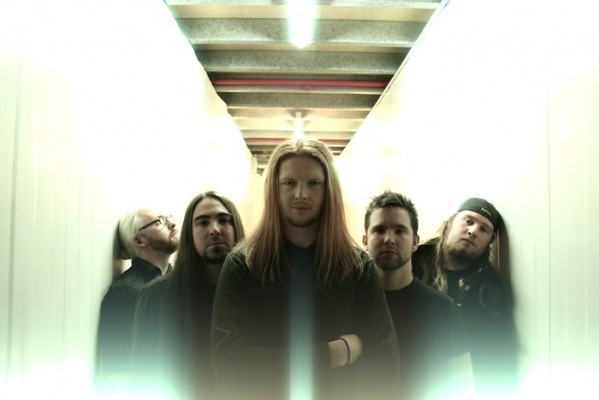 The first part of the song combines compulsive pneumatic riffs, ass-ripping vocals, and synthesized atmospherics to deliver a get-on-your-feet blast of turbo-charged melodic death metal. But the song also includes an extended, prog-minded instrumental bridge leading to a more sweeping/soaring reprise of the song’s first segment.

The song is well-constructed, well-executed, and well-produced. It’s as attention-grabbing as the album cover, and an appealing come-on for the album as a whole. Listen here:

Elysian self-produced and released a three-track EP in 2010. It appears that the songs on the EP have been re-recorded for the album, which will include eight new songs as well. Wires of Creation is scheduled for worldwide release on March 26, and Elysian will be touring Australia in support of the album beginning in April, including a support slot on Arch Enemy’s headlining appearance in Melbourne on April 31.

Elysian have a Facebook page HERE. And this ReverbNation player includes all the songs from the EP, which are freely downloadable at the band’s ReverbNation page:

One Response to “EYE-CATCHERS: ELYSIAN”