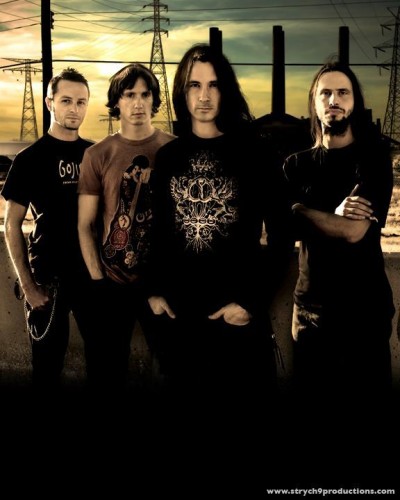 I bet the title of that post got your fuckin attention. The news sure as hell got mine.

Last May, Gojira released a song called “Of Blood and Salt” from the still-missing-in-action Sea Shepherd EP. It included guest vocals by that Renaissance man of metal Devin Townsend and a guest appearance on guitar by Meshuggah’s Fredrik Thordendal. At the time, it produced a worldwide mass ejaculation not seen since . . . uh . . . some other mass ejaculatory event (my metaphor machine failed me there, sorry).

Yesterday (March 5), at the Soundwave Festival in Perth, Australia, Gojira performed the song live in what I think was the world premiere live performance of the song. And wonder of wonders, guess who joined them on stage for the song? Yep — Devin Townsend on vocals and Fredrik Thordendal on guitar.

I’ve found two different fan-filmed clips of this thing on YouTube. Neither of them are great, unfortunately, but given what was being filmed, I’m sure as fuck going to put them up here on NCS — right after the jump.

8 Responses to “GOJIRA, DEVIN TOWNSEND, AND FREDRIK THORDENDAL LIVE: “OF BLOOD AND SALT””