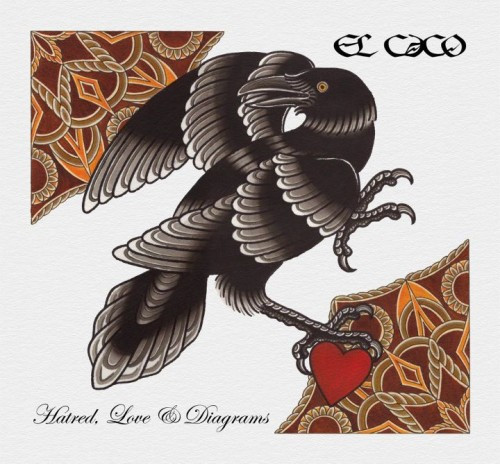 I remain short on blog time, but haven’t run out of the urge to headbang. “Hatred” feeds that need quite nicely. It’s a song by a Norwegian band called El Caco. It’s the first track released from a forthcoming album called Hatred, Love & Diagrams. It’s also the first El Caco song I’ve ever heard. I gather it’s different from what the band has done in the past, because they say so:

“On their new album, El Caco “push the envelope even further than they have done before,” according to a press release. “Having explored the melodic aspects of rock and metal for more than a decade, this album shows us yet another side of this multi layered band.”

I will say this: Based on this song I want to listen to more from that new album, which was released in January by Indie Recordings and is available from iTunes and Amazon mp3. The song has been turned into a music video, which appears after the jump. I’m afraid that’s all I have time to say, except . . . bang yo head.