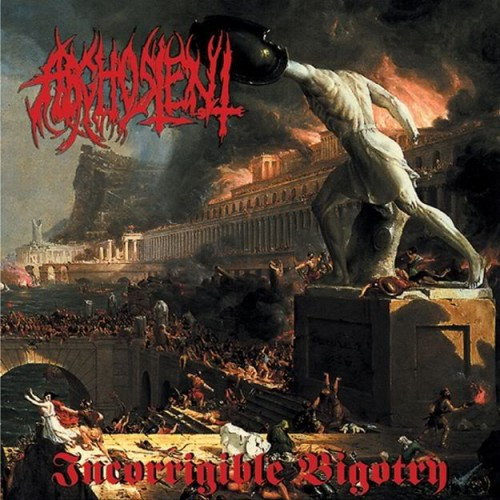 I cannot abide racism. The suffering and misery that the Nazis and the KKK have inflicted upon mankind is beyond my mortal ability to forgive. In fairness, I am the product of a mixed-race marriage. I have some bias. But, as Bob Marley, an African-Jamaican, said: isms breed schisms. 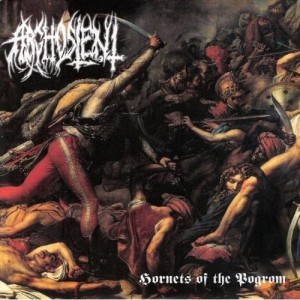 That phrase holds true everywhere, even in the world of heavy metal, where some of our most profound artists have either said racist things on occasion (Pantera) or are full-fledged racists and proud of it (Craig Pillard of Disma and formerly Incantation). I know, for example, of another website that has been tooling around with writing an article about Nazi Black Metal, but hasn’t been able to wrestle the idea into a manageable state because the issue carries such weight and charge.

If that seems ridiculous, please remember that Moonsorrow has been chastised in Germany because the S in their logo resembled the Nazi SS insignia too closely for some people’s tastes. In that same country, Lemmy took fire for his fascination with the Nazi party (keep in mind the man is a well-known WWII history buff). I don’t think either Moonsorrow or Motorhead are racist bands. On these shores, Scion dropped Nachtmystium from a free Scion fest because an NS label released some of their early material.

So with great umbrage I must admit to you that one of my favorite metal bands are a bunch of race-hating bastards. Arghoslent are a Virginian melodic death metal band, and they write some of the best riffs in metal, period-end-of-story. And they wear that badge proudly in their music. Behold:

After hearing that, a second thing about Arghoslent should be apparent: They write excellent riffs. I would go so far as to say some of the best metal riffs I have ever heard. For further proof, observe:

Uhg. So good. So fucking evil—that is real, actual evil embedded there. If you feel like further nauseation, look up the comment threads of Arghoslent songs on youtube. But the music is so excellent that I’ve never removed Arghoslent from my iPod. Their knack for combining rock-n-roll groove with brutal riffs and a distinctly American melodic sense (I believe they also play in a bluegrass band, according to a blog post I read years ago) is uncanny.

So, I have this dilemma: people I hate making music I love. What to do with it?

I know that for some people I know, particularly people from the HXC end of the extreme music spectrum, listening to such music is unacceptable. This view was echoed at a recent interview with Kevin Tucker at Invisible Oranges HERE. To Tucker, art and artist are inseparable, and the unsavory elements in an artist’s character corrupt everything that he or she touches. I’m not sure that I believe that, because frequently people create art completely unrelated to aspects of their political ideology or personality. Also, art is only half created by the artist. Musicians only encode information. The mind of a listener decodes it and assigns it meaning—in that sense everything is at least half redeemable.

But, as is obvious, racism is not just a part of the Arghoslent musicians’ lives—it is a huge part of the music as well. If there is unforgivable music, this is it.

However, I don’t buy that completely either. That reasoning, to me, is the same logic that politicians use to try and get violent videogames outlawed, and to claim that Heavy Metal causes school shootings and suicides. Further, trying to enforce that kind of logic on anything past a personal level would be a gross invasion of free will—not as evil as race-driven violence, but certainly kin to it. Just as we have the ability to separate reality from fantasy, we have the ability to separate form from content. Just because the message came first and was then put into sound doesn’t mean that I can’t enjoy the music while discarding the message. 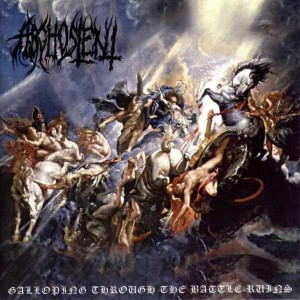 In fairness, Tucker also makes the argument that there is so much music out there that is not problematic—why settle for something questionable?

In the case of Arghoslent, their music is of such high quality that I hardly think of it as disposable. More than that, I think there is some value in taking in art that confronts your sensibilities—isn’t that what extreme music is all about? And if it’s music that questions your values time and time again, and those values persist—values like racial tolerance—all the better for having questioned them through art.

That said, there needs to be some sort of base level of resistance. Of course, I recommend that everyone pirate Arghoslent’s music and refrain from buying anything Arghoslent-related. Unlike listening to music, sending racists money is direct support. (Arguably, so is writing this article, in the sense that I’m offering Arghoslent a platform. In my defense, I’m covering the platform in reasons not to support them, natch.)

Even that isn’t enough for me. I want this wonderful music to be liberated from its filthy shackles. And in the spirit of emancipating the riff, I ask this of the musicians reading this:

Take these sick licks and put them in your own music. Or at least learn a thing or two from them so I can have other great bands to run to when I crave an Arghoslent riff. If I may point out a personal favorite, do check out ‘The Grenadier.’ Its opening lick is catchy as syphilis, the elastic bridge that segues into its final segment absolutely reaps, and that little 4-clap rest has serious charm to it.

55 Responses to “EMANCIPATE THESE RIFFS: ARGHOSLENT”