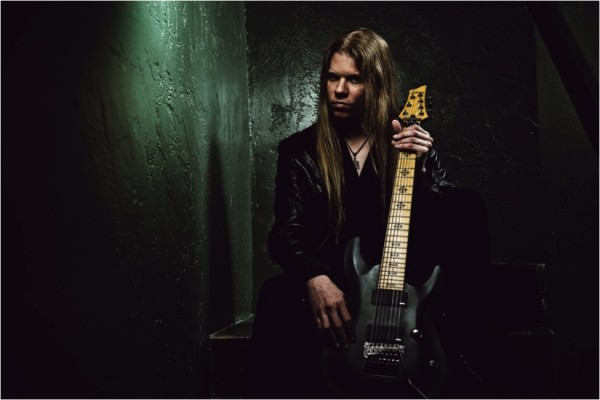 (TheMadIsraeli dragged himself out of his phlegm-soaked sickbed to write this retrospective about one of his guitar idols and to provide a brief review of Plains of Oblivion.)

I’m going to share something personal and meaningful about myself with you NCS folk.

I want to be a musician, in a band, and doing the albums-and-touring deal for a living.  If I were, I wouldn’t be doing this music journalism bullshit [editor’s intrusion: I’m sure he meant that in the nicest possible way].  It’s pretty much my alternative as a means of remaining close to something I love.  I’m a guitar player. I’ve played the instrument for over 10 years now (13, to be precise), trying my best to hone my skill and technique.  I’m all too broke to realize any of these dreams though — so broke that I can’t afford to buy a suitable PC, camera, or other gear necessary to produce anything of respectable quality.  So I sit here, wishing, waiting.

I like to think I’m a guitarist first and a music journalist second, as much as it seems The Good Lord doesn’t want to arrange the cards in that order. But even though that’s not the hand I’ve been dealt, it doesn’t change a simple fact about me . . .  I love metal, and I love the fucking guitar.

We guitar players hold onto our idols — those people who for each of us were the inspiration, the people who are our personal golden standard of WHAT IT IS to be a badass riff-writer or shredder.  For myself, I’m unable to pick one favorite, but I can tell you the 5 definitive icons in my evolution as a guitarist:

If you’ve been paying attention to news in the metal world lately and know what day today is, you would probably know who this piece is going to be about even without the post title and photo. 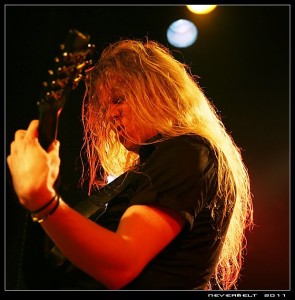 Jeff Loomis is one of the premiere shredders in metal right now, if not THE premiere shredder, and he has been for a good 5-6 years.  His poetic phrasing, his dark, twisted, melancholy-yet-violent tonality, and that blistering tone of his have made him an icon to some, a god to others.  People often forget, though, that Loomis’s ability to rip out some of the most tasteful, epic, compelling solos in the modern metal landscape is not how his name was made.  Rewind back to the early 90’s . . .

Nevermore had just gotten off of their feet post-Sanctuary and probably didn’t know where they would go as a band.  I think all they knew was that they wanted to strive to put out something that was different, powerful, and compelling.  Nevermore’s 1995 self-titled full-length debut is still a fantastic album in its own right to this day, and even as far back as that album, one fact was established with a profound and mighty crash of thunder:

Loomis knew how to write the fuckin’ riffs.

We all know this: Metal is nothing if it doesn’t have good riffs.  That requirement was certainly something with which Loomis never had issue, as the man wrote some of the most sophisticated, memorable, crushing, and dazzling note sequences known to man.  It has always dismayed me that some people who have jumped on the Loomis bandwagon are UNAWARE THAT NEVERMORE EVER EXISTED, or feel that Nevermore’s music was terrible and that only Loomis’s solos saved the day.  I hope I don’t need to argue to this audience why Nevermore was one of the most original and captivating bands in metal. I can understand if they weren’t your thing, but trashing their music is a sentiment that could only stem from the deepest bowels of ignorance.

Jeff has a very distinct style of riffing, though it has evolved quite a bit over the years, with a huge metamorphosis occurring after he started using seven-string guitars full time.  His use of thrash metal technicality, prog rock chord voicings, the mix of melodic ideas and death metal atonality, and his crushing tone (which sounded like the early Meshuggah albums on steroids) provided a much-needed outburst of legitimacy and power for Nevermore during the 90’s.  Anyone who loves to emphasize Pantera’s power-groove bullshit just wasn’t paying enough attention to this band.  I mean, listen to this shit!

Jeff Loomis also demonstrated he had quite a knack for diversity within the metal realm.  He could write thrash metal songs, groove metal songs, death metal, doom metal, prog metal — all with a signature style that you could instantly detect.  The result was a collection of riffs in Nevermore’s discography that span pretty much everything I love about metal on the guitar front.  Who could hear and then fail to remember the doomy, borderline-grungy main riff of “What Tomorrow Knows” or the serpentine assault of the opening of “Ambivalent”?

Can’t say I’ve yet met a soul, fan or not, who knows Loomis’s riffs and then didn’t have those riffs stick with them.  Some of the riffs he’s written have been more sinister and more brutal than anything the most extreme of tech-death bands have ever written.  Moments like that swamp-serpent-evoking verse riff in “Enemies Of Reality” or the macabre waltz in “Psalm Of Lydia” proved that he knew no boundaries when it came to strangling the ever-loving fuck out of your soul with a note sequence.  Loomis wrote riffs so heavy that Warrel Dane never needed to deviate from his normal vocal fare throughout Nevermore’s career.  What about “Medicated Nation”?  Does it really need ULTRA BR00TZ VOKILLZ over it?  I really don’t think so. 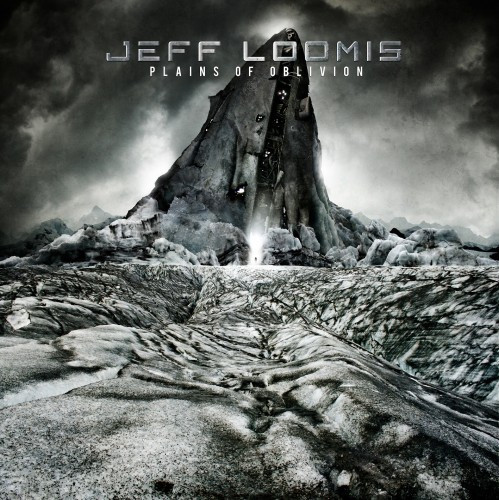 I was going to write a review of Jeff Loomis’s new solo album, Plains Of Oblivion, which is out today, but on reflection after talking with Islander, I decided the subject of this post would be a more fitting tribute and complement to the new album on its release day.  Is the man a wizard of all that is fretboard blazing?  He certainly is, but he is also a killer songwriter and master craftsman when it comes to the art of writing a metal riff that has the technicality, the gravitas, and the memorability that defines why his music continues to endure.

Is the album sweet?  Of course it’s fucking sweet.  It’s Jeff fucking Loomis.  It’s ten songs of thrashing, grinding, devastating instrumental thrash/groove/death with an assload of universe-altering shred pervading its inner coils (also, that vocal appearance by Ihsahn on “Surrender” makes me want to see a permanent partnership), but that’s exactly why I wanted to talk about the riffs, folks.  Go listen to Plains Of Oblivion, but don’t listen to it only for the acrobatics.  Even in an instrumental setting meant to put the spotlight on his shredding capacities, Loomis is still writing some of the meatiest riffs in the fucking business, and he probably will ’til the day he dies or (against all odds) gives up music.

So let’s remember why this man made it to where he is in the first place, huh?  Let’s not trivialize him as a guitarist by highlighting only the one thing that many other guitarists can also do (though maybe not as proficiently).  Here’s to Jeff Loomis, the man, the legend, the face-melter supreme.

EDITOR’S NOTE: Plains of Oblivion, which was produced by Aaron Smith of 7 Horns 7 Eyes, is out now on Century Media Records, and Jeff Loomis is out now on the road with Protest the Hero, Periphery, and The Safety Fire. Here are the remaining dates for that tour:

4 Responses to “JEFF LOOMIS AND THOSE RIFFS”