I’m going to say this up-front, so it gets maximum attention: “For fans of Amon Amarth and Insomnium!” Those are names to conjure with, and they are the names that first popped into my head when I listened to a brand new song called “Remnants” by a Melbourne, Australia band named Be’lakor.

The song comes from this band’s third album, Of Breath and Bone, which will be released in June. It was the first song by Be’lakor that I had ever heard, but it was the kind of song that got me as excited as a hypoglycemic kid in a candy store. I hoped that the rest of the album would live up to this first taste.

The introductory instrumental has an almost folk-metal air, with the lead guitar tuned so that it sounds like bagpipes, but then the big Amon Amarth-like riffs come down like thunder and you get your first taste of George Kosmas’ truly cavernous roars — they’re right in the middle of Johan Hegg/Niilo Sevänen territory, and that’s a territory laced with gold.

And onward from there, the song delivers a succession of riveting riffs, goth/doom melodies, and beautifully constructed guitar leads and solo’s. It gallops, it chugs, it vibrates with arcane power, it rumbles like avalanche, it pulses with urgency, and it soars with virulently infectious melodies. It’s a dynamic song, continually shifting in tone and speed, and it has well and truly hooked me. 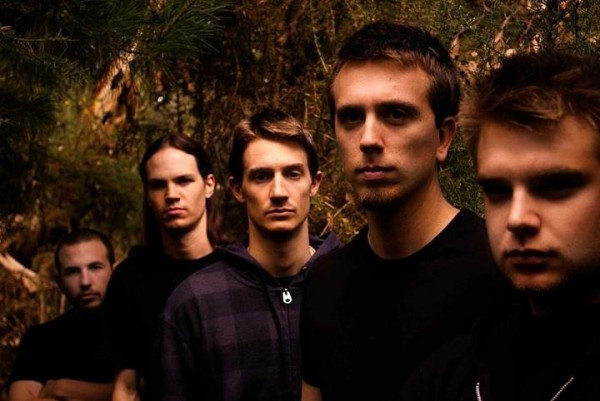 After listening to “Remnants” about a half-dozen times, I prowled around to see what else I could learn about Be’lakor and found a live performance video of the band playing another song from the new album, called “Fraught”. The sound quality is decent, not great, but it’s good enough to confirm that there will be at least two very good songs on this new album.

“Fraught” is stylistically very similar to “Remnants”, featuring similar song construction and instrumental techniques, but damn, I suspect all of the songs of the album could be in this vein and I’d be just fine with it. Here they are:

Of Breath and Bone will be released by Kolony Records worldwide on June 1, 2012. It  was recorded at Pennydrop Audio in Melbourne by Warren Hammond. The album was mixed and mastered in Sweden at Fascination Street Studios (Opeth, Amon Amarth, Paradise Lost) by none other than Jens Bogren.

Pre-orders will start on May 8, 2012, and will be available from www.belakorband.com and www.kolonyrecords.com. You can pester Belakor on Facebook here.