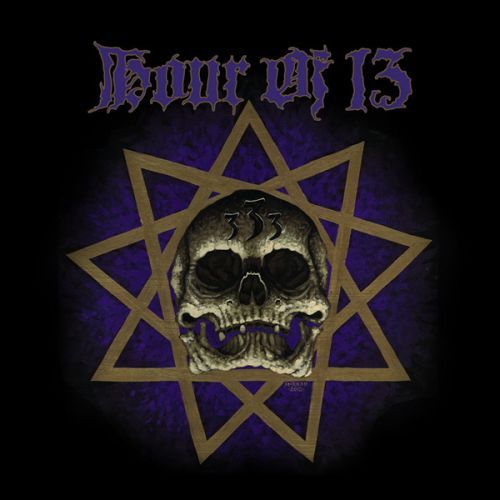 I’m basically going to be missing in action for the rest of the day.  My fucking day job is going to demand undivided attention into the night.  Shith happens.

So, most likely until tomorrow, I leave you with this — a song from Hour of 13 called “Who’s To Blame?” It’s from an album titled 333 that Earache Records plans to release on May 29.

Hour of 13 is a two-man band from North Carolina — Chad Davis plays all the instruments and Phil Swanson sings. I knew nothing about them until this morning, probably because their style of music is relatively foreign to what we cover on this site. It’s a kind of old-school, Black Sabbath-influenced doom metal with almost exclusively clean singing.

But the riffs in this song are titanically convulsive, the melody is undeniably catchy (though bleak), and it changes pace effectively and satisfyingly on the back end, with a very cool finish. Phil Swanson can really sing, too. So we’ll call this an Exception to the Rule and bid you a fond farewell until we meet again. Fill your head with “Who’s To Blame?” after the jump.