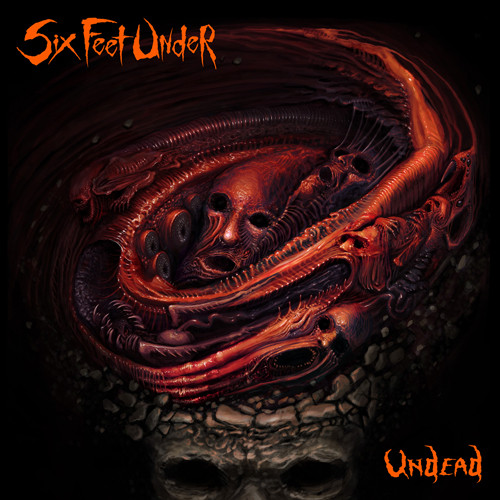 (TheMadIsraeli reviews the new album by the reconstructed Six Feet Under. The album is set for North American release on May 22, 2012 through Metal Blade Records.)

I can just envision all of you fuckers rolling your elitist holier than thou eyes at me. I see every single one of you from here on out disregarding my opinions as a music critic with the explanation that “he likes Six Feet Under”. Check your opinion at the door, let me do my thing, and hear me out.

Six Feet Under have sucked. Oh fuck, have they sucked. I don’t think anyone can watch the video for “Amerika The Brutal” and take it or the song itself seriously. After putting out six terrible albums of the most painfully bland and sloppy death’n roll ever to exist, Chris Barnes apparently finally had the revelation that maybe people didn’t want Graveyard Classics Vol. 218843284832483-fucking-2. Something changed once the band’s seventh album Commandment came out. The music was meatier, dark as fuck, and even had a bit of a doom characteristic in some of the song’s pieces, such as the chorus in “Doomsday”.

After being persuaded to give them a shot after hearing good things about their latter output, I subsequently actually enjoyed Commandment as well as Death Rituals — good hefty slabs of some beastly, groovy death metal. Undead is a startlingly strong new album that seems even more of a progression in SFU’s journey to death metal legitimacy, no doubt helped by the band’s recent new addition of Chimaira’s Rob Arnold, who left his longtime outfit to become the band’s new ax man. Not only have SFU completely ditched the bullshit death’n roll elements for good, but they’ve become even groovier, while Rob Arnold has made the riffage quite a bit more sinister sounding. 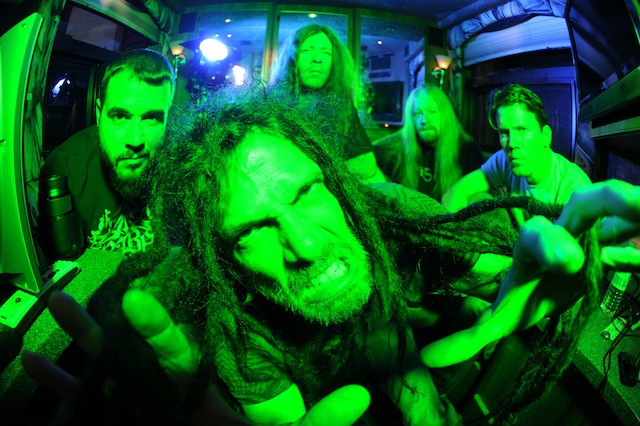 The album’s opener “Frozen At The Moment Of Death” immediately presents a whole new mood and character for the band. The production is rather dank and muddy (in a good way) and the riffing is instantly of a whole other color. Furiously fast, technical riffing with accompanying grinds immediately assail the listener, combined with interspersed groove moments that really do remind one of Chimaira. This is one of the cool things about this album: to me it is ultimately the old Chimaira sound with more of a death metal framework wrapped around it.

The album’s official single “Formaldehyde” is a powerful tremolo-picked assault that soon lands itself into another brutal groove that fits right at home. This song showcases a lot of tempo changes that really create a disjointed feel. The parts of the song are all different tempos, and each one is sufficiently slower or faster to make it feel like a new song is starting.

The highlights of this album, however, come not when the band are frantically changing tempos or blistering at convulsive speeds, but when they are emphasizing groove (the thing for which Rob Arnold excels in writing). The next track “18 Days” is undoubtedly one of the catchiest death metal songs I’ve ever heard, with fittingly twisted riffs that hook you in the mouth instantly. Another instance of this knack for infectiousness is the song “Blood on My Hands”, a very Bloodbath/Suffocation-influenced song with lots of dark riffs that plod along at a foreboding pace.

In some cases, it’s just Rob Arnold’s talent for creating catchy riffs that hooks me. Songs like “Missing Victims” you can’t just turn off; these riffs may not be technical, but they have the right stuff when it comes to getting stuck in your head.

“The Depths of Depravity” is a different kind of song. It opens with an extremely dark clean section that is black metal in its melody and it includes riffs with a rather bluesy feel, all of which set it apart from the rest of the songs on the album. 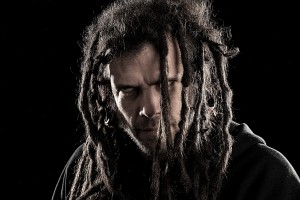 The performances on the album are great, though the quality of Chris Barnes’s contributions are a matter of pure opinion. I actually think he sounds better now, as opposed to his Cannibal Corpse days (ready for the hate mail on that one), and his rather croaked and hoarse gutturals create a real mood. The production has a very old-school muddy feel to it that I quite like. It’s got a rather unique character that I can’t quite describe.

I think this is a good death metal record, especially for Six Feet Under. Am I saying this is the opus that’ll change your mind instantly? No, not quite. But it does showcase an ever-continuing evolution that is promising, and that shows they have the chops to be legitimate. The addition of Rob Arnold as the main guitarist is a huge thing, and appears to have overhauled their sound completely. This album is worth a listen, and I’m quite enjoying it. Give it a shot.

EDITOR’S UPDATE: In addition to the tracks below, you can listen to a SFU song that Metal Hammer exclusively premiered today called “Frozen At the Moment of Death”. Get there via this link.

One Response to “SIX FEET UNDER: “UNDEAD””