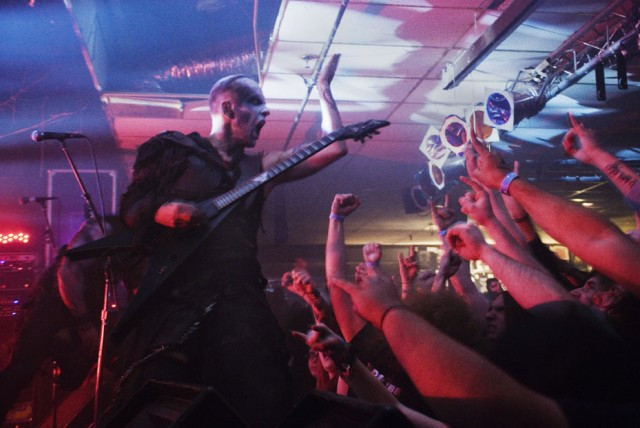 (Last month, BadWolf was on hand for the launch of Decibel magazine’s inaugural sponsored tour, and Nicholas Vechery was there to record the event for NCS in the photos accompanying BadWolf’s review.)

The first Decibel tour held its first date at a house of death. The original venue backed out all too predictably, unwilling to let Watain play. As it turned out, passport issues kept Watain from playing anyway. Either way, the show transplanted to the infamous Alrosa Villa, site of Dimebag Darrel’s murder. In the same room where one guitar hero died, another announced his resolution to live.

Nergal’s cancer ordeal matters more than much of the typical borderline-TMZ banter circulating in the metal community—his success is the exception to the rule. Metal fans are accustomed to tragedy. Once-great heroes make crappy music. Visionary musicians die young. Rats steal gear. Border patrol stops tours. Those examples represent par for the course. Compare them to Nergal: more-extreme-than-thou metal guitarist achieves some level of ‘mainstream’ success in his home country and abroad, contracts terminal illness, then beats it. “Inspiring” is the watchword.

The Decibel tour was Nergal’s first chance to cash the check his personal narrative wrote. Beginning at the Villa Rosa was tantamount to sticking his tongue out at the pale horseman. The tour as a whole flew in the face of ‘modern’ marketing sensibility. Who besides Decibel has the audacity to book four of the most satanic bands on the planet, with styles ranging from highly accessible to incredibly brutal?

In Solitude started the night with a rousing recital of their NWOBHM throwback style. They played songs from 2011’s critically-acclaimed The World, The Flesh, The Devil album, as well as their self-titled debut. In Solitude compensated for Watain’s absence with an extended set, concluding with “On Burning Paths,” the fifteen-minute closer to their sophomore record. I ventured as close to the set as possible, yelling along “say the words/ I choose to live/ I choose to die!” But the crowd’s enthusiasm left something to be desired.

Whatever, I thought, they’re the greenest band on the bill. 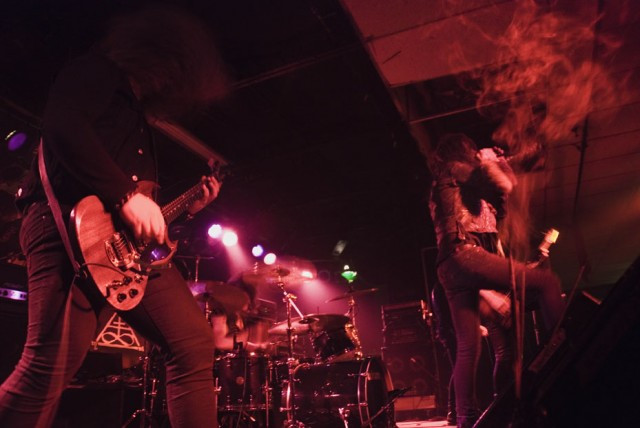 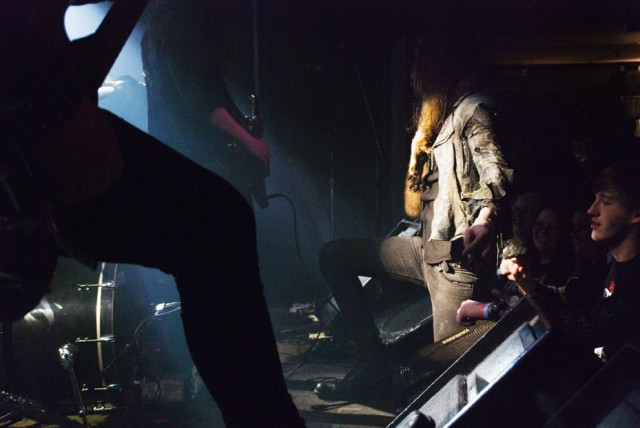 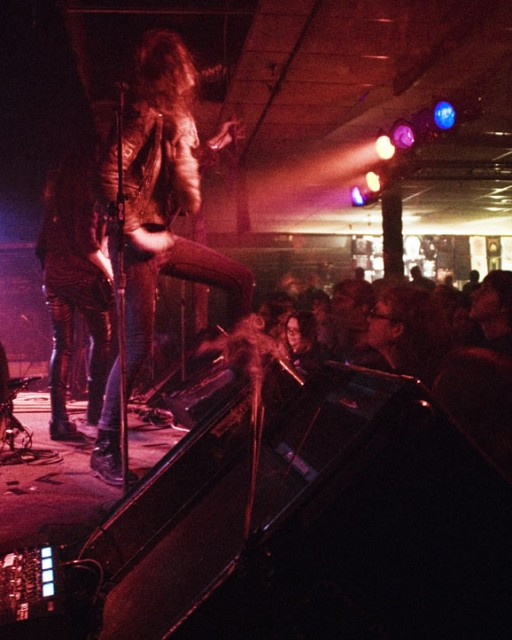 When The Devil’s Blood took the stage in their blood-soaked glory, my companion and I took second-row center; we threw our goats and dislocated our necks as virulently as we could muster. They emphasized the soaring melodies and huge choruses that their finest songs sport. Live, The Devil’s Blood play with a third guitarist as opposed to a dedicated keyboardist. Concordant, their Fleetwood Mac-plus-Satan songwriting carried a weight their records, for the most part, lack. Their set included “The Thousandfold Epicenter,” but excluded “The Wings of Gloria,” my two favorite TDB songs. They even  closed their performance with a lengthy jam on “Christ or Cocaine.”

Sadly, the audience were as languid as they were during In Solitude. At that point I realized that the first Decibel tour’s lineup was as delicate as it was brash. Watain is the lynch-pin. They held the two ‘halves’ of the lineup together. Their music is as extreme as Behemoth’s, but shares elements of classic rock with In Solitude and The Devil’s Blood that Behemoth lacks. I felt their absence deeply. 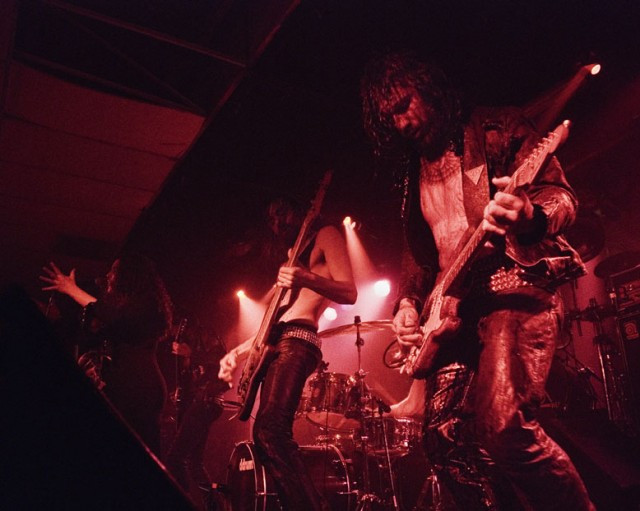 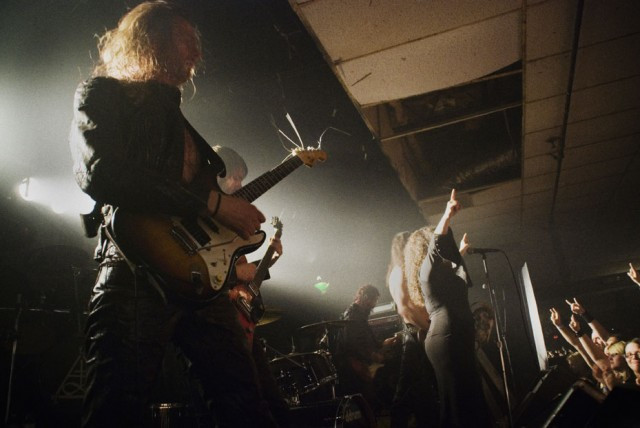 Then came Behemoth. What can you say about Nergal that hasn’t been said already? He embodies those qualities most admired in the music informing his music: the do-or-die attitude of 90’s hardcore, the irreverent sneer of 90’s black metal, both the technical acumen and masculine swagger of classic death metal. Their set rocketed through cuts from their powerful recent material, as well as updated versions of songs predating even Thelema.6. Nergal not only owned the night, he faithfully represented over a decade of recorded material. Oh, and he played the guitar solo from “Conquer All,” my favorite guitar solo in all of heavy metal, perfectly.

The crowd exploded. A mosh pit began almost before Behemoth began. Men and women (!!!) screamed their lungs out. I realized that to those people who don’t frequent blogs like the one you’re currently reading, this was not the Decibel tour. This was a Behemoth show. Hell, many of them probably rocked on blissfully unaware of Nergal’s medical woes. After this show I can safely say that for better or for worse, Behemoth are destined to stand among the ranks of Cannibal Corpse and Carcass. If the Decibel tour was any indication, ten years from now people will say Nergal the same way they say Schuldiner… except my future children may have the opportunity to witness him in the flesh. 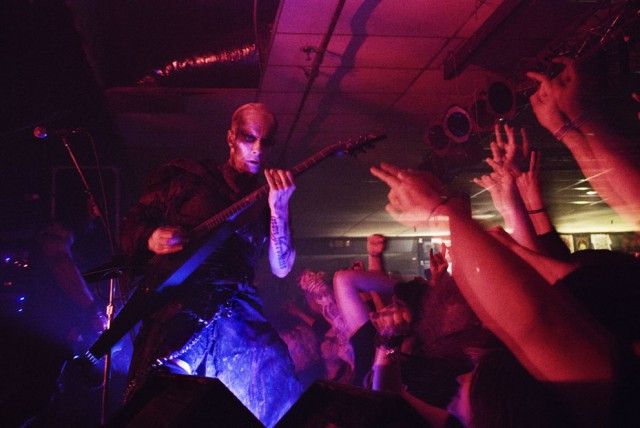 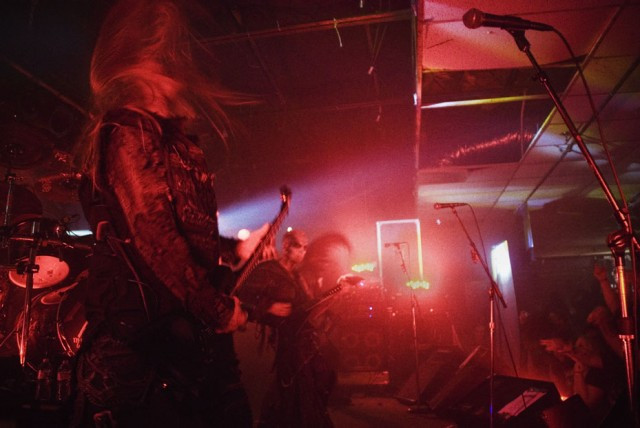 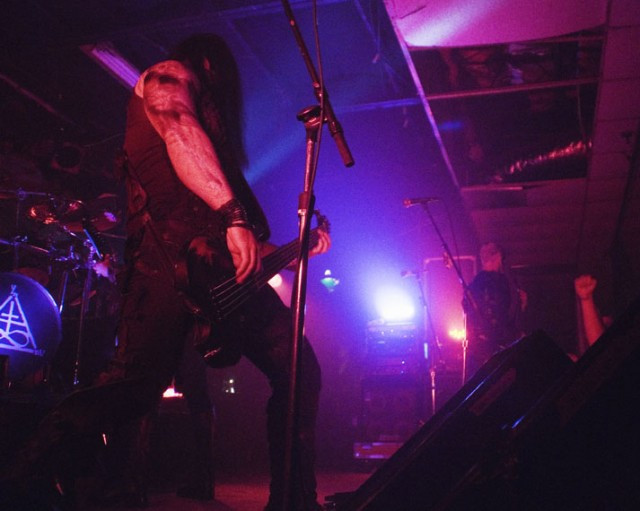 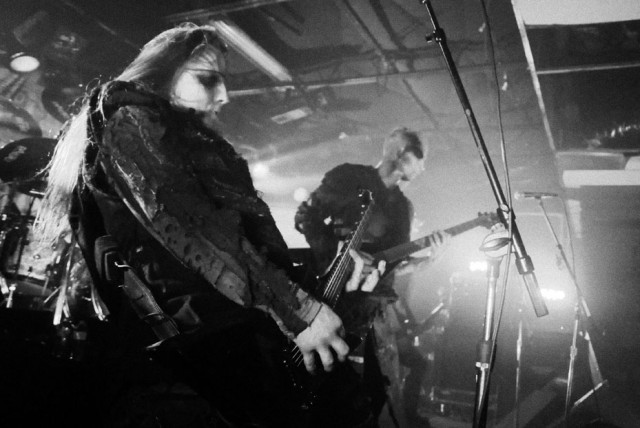