(Credit for all photos in this post: Alyssa Lorenzon.)

(Listen up: BadWolf presents his favorite black metal album of 2012 to date.)

2012 has been a great year for metal so far, can we agree on that? Unlike 2011, several strong acts, veteran and green alike,  took initiative in releasing powerful works of doom and death metal. On the other hand, the black end of the spectrum has yet to blow me away (although rumor has it that Hell’s Headbangers‘ summer lineup will slaughter). Dodecahedron deserves a second look, and the new Abigail Williams collected strong accolades, both here and elsewhere, but other than that I’m drawing a blank.

Rather, I was drawing a blank until Doug Moore of InvisibleOranges referred me to Ashencult. The Philadelphia PA 4-piece outfit released their debut album, Black Flame Gnosis, on May 31 through Bandcamp. I’ve listened through twice today, and it’s giving me the fever (aye aye). 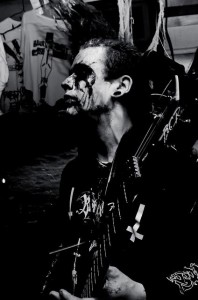 This review will be short; take its brevity as a compliment to Ashencult. I have few thoughts other than ‘this is good music,’ followed by ‘this is not the most original take on the genre,’ then rebuffed a third time by ‘I don’t give a fuck, this is still great music.’ Clearly these musicians carry a torch for melodic black metal classics like Immortal and Dissection. On the more contemporary end of things, they would be strong candidates for a tour with Vreid or Watain. Or think of it this way: if Bloodguard ever plays PA, I think Andy Synn knows who to play with.

Indeed, their Bandcamp page evokes the Norma Evangelium Diaboli label: the musicians in Ashencult go by single-letter names, and their Bandcamp tags refer to a ‘wolven brotherhood,’ which apparently consists solely of Ashencult. That’s to be expected—one member of the band (though I’m not sure which, stupid anonymity…) works for Season of Mist records.

For a first album, Black Flame Gnosis sounds professional. I’d be curious to see what sort of money went into it. The guitars use enough distortion to carry an aggressive mood, but still project the melodies with clarity. The tone is meaty, I’m guessing vintage distortion and passive pickups. The most ‘traditional’ element here are the shrieked, echo-filled vocals—super sinister, more so incomprehensible. Of special note: the drum sound on this record is huge. Ashencult may have the best snare sound I’ve ever heard on a Bandcamp release. Sometimes the drummer will strike a huge 80’s style snare-and-tom boom to push these songs really over the edge. 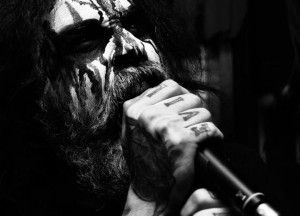 As for the songs themselves, Ashencult do a great job of mixing thrashy black metal with the occasional groove, rock, and punk elements. Just in the opening track, “A Glorious Elegy,” the band switch from traditional black metal to Goatwhore-style black-n-roll before ending on an acoustic guitar and carrying the listener right into the second track, “The Isolate,” with a seamless swell of distortion. Those folk-inflected acoustic interludes pop up again and again in a very Metallica-like way, and provide great contrast with the jagged noises that follow them—“Dark Law/ Black Fires of Chaos” sounds like Master of Puppets-era ‘tallica interbred with Blood Fire Death-era Bathory. They jam comfortably on the short, nearly hardcore, “Race of the Blood Insane,” as well as longer journeys like “The Whore and the Failure of Light.”

Black Flame Gnosis is currently streaming at Bandcamp (HERE), and is available at a pay-what-you-want scale. I recommend downloading it immediately, as this may be your last chance to get free Ashencult. Considering members of the band already work at great labels, combined with the stellar quality of their debut, I doubt Ashencult will remain unsigned too much longer unless that decision is completely by choice. If someone can, they will pick this band up—they just released my favorite black metal record of 2012 so far.