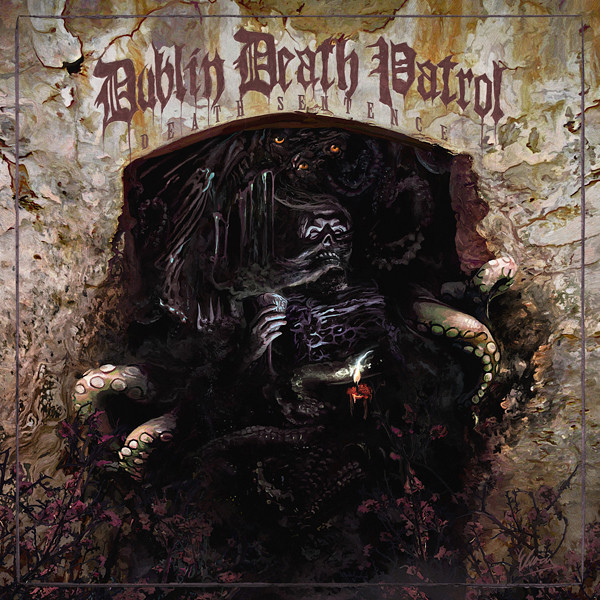 I’m a big fan of Eliran Kantor’s artwork. The guy is just tremendously talented. And so I haunt his Facebook page to keep tabs on his new creations. This morning, I saw that he had uploaded the artwork above. It’s an homage to HP Lovecraft — a kind of Shoggoth / Shub-Niggurath/ Cthulhu hybrid. It’s the cover for an album by a band I’d never heard of called Dublin Death Patrol.

I assumed this was some new Irish metal band, but I was wrong. The “Dublin” in Dublin Death Patrol refers to the town of Dublin, California, population 46,000+, located about 25 miles east of Oakland. Many of the band’s 11 members are Dubliners. And yes, you read that right: 11 members.

All of these guys have apparently known each other since they were teenagers. They’ve recorded two albums. One of them, DDP4Life (2005), apparently had some kind of limited release on a label called Godfodder, but the second one — Death Sentence (2011) — has never been released. But as a result of some internet sleuthing after seeing that Eliran Kantor cover art, I discovered that Mascot Records will be releasing both of the DDP albums on August 13 (they’re taking pre-orders here).

Naturally, I had to find some way to hear the music, and after further sleuthing I found that Mascot has uploaded a track from Death Sentence to SoundCloud. It’s called “Dehumanize”, and it kicks double-wide ass — and I say that as someone who isn’t a diehard thrash addict. So that you may have your own ass kicked by Dublin Death Patrol, I will embed the SoundCloud player below. But first, one more note about Eliran Kantor’s cover art.

In addition to it being an homage to Lovecraft (at the band’s request), it’s also Eliran Kantor’s personal tribute to a painting by the late (and great) Zdzisław Beksiński, which you can see here: 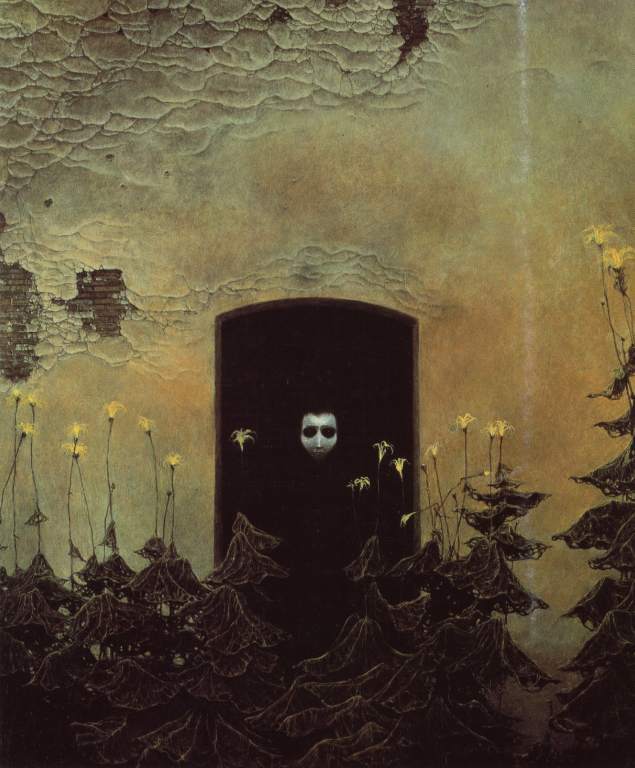 If Beksinski is a new name to you, I highly recommend checking out more of his artwork at this location. Stunning shit.