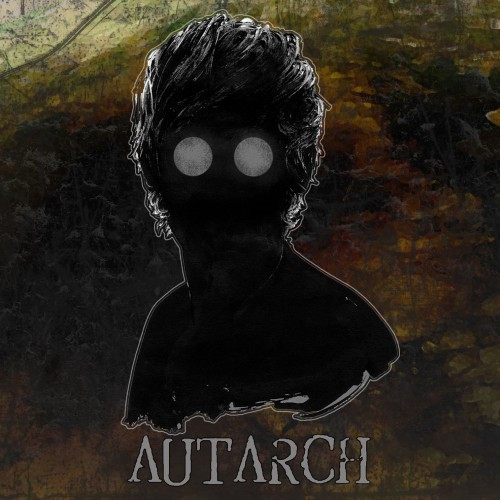 Genre mixing and matching can lead to wretched results, with music that sounds like a forced integration of cats with dogs, or worse (if such a thing is possible). But it can also lead to interesting listening experiences where the genre crossing works even when you think it might not. Autarch’s new self-titled EP works.

This Asheville, NC, band say that they play what they want to hear, and it appears that what they mainly like to hear, based on this EP,  is crust/punk and post-metal. Those two genres may not seem like a natural fit, but Autarch’s four-song mash-up makes for an appealing listen.

The most interesting and most thorough combination of the styles occurs on the EP’s opening track, which is also its longest (at nearly 8 minutes): “Kings”. The song’s extended instrumental introduction makes use of gripping dual-guitar melodies and a tremolo-picked lead that rises and falls through a darkened scale, with enough distortion and hard-hitting percussion to give warning that something brutish lurks in the shadows.

When the guitars begin to growl and prowl and grow more dissonant, and harsh barking vocals join in, things take a turn toward the crustier, more aggressive side of the mix. Though the pacing is dynamic, the band stomp, storm, and gallop with a vengeance before the song ends, yet the atmospheric quality established by the intro never completely disappears. 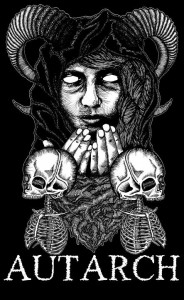 The EP’s next two songs, “Shepherds” and “Silence”, have a more pronounced crust/punk sound, with more d-beat rhythms and hammering riffs, and a second vocalist with a hardcore yell enters the fray. The atmospheric stylings of post-metal don’t completely disappear, but they’re certainly less prominent than on the opener.

And then the final song, “Deliverer”, is pretty much straight-up, raw, abrasive face-scraping with heavy chugs and plenty of aggro attitude.

Autarch may not be the only band out there attempting to bridge the gap between these heavy but often divergent kinds of music, but they’re certainly one to keep an eye on as time passes. The EP is plenty good as it stands, but it may be even more significant for the promises it holds of even more interesting music to come.

Autarch dedicated this EP to “all our animal friends, past and present”, and I see on their Facebook page that they’re involved in playing benefit shows to help animal rescue efforts, and that gives me an extra reason to applaud what these guys are doing with their music.

The band’s EP can be downloaded from Moshpit Tragedy with a pay-what-you-want donation at this location, and it can be ordered as a CD from Autarch’s Bandcamp page, where you can also get a shirt with that cool black-and-white artwork on it that you see up above and to the right.

And here are the songs:

2 Responses to “SHORT BUT SWEET: AUTARCH”