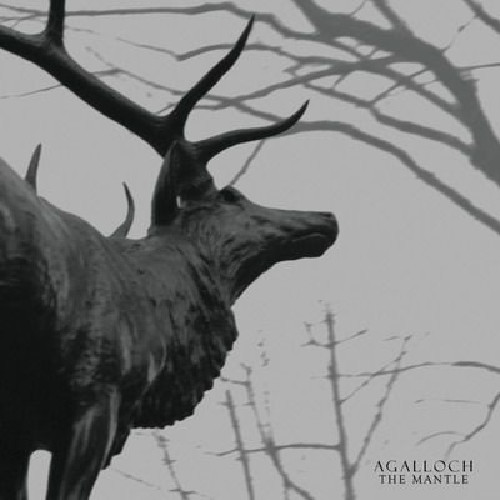 Yesterday marked the 10th anniversary of the release by Agalloch of their second full-length, The Mantle. Also yesterday, our brother in blog, Full Metal Attorney, devoted another one of his album-anniversary retrospectives to The Mantle, and as I’ve done before, I’m using his piece as what I hope will be a jumping-off point for discussion here at NCS.

This particular anniversary recognition means more to me than others we’ve featured here. The Mantle was my introduction to Agalloch, who have become one of my favorite bands, and the album itself was a revelation to me. FMA contends that it represented “two radical changes in metal”, which slowly gained in prominence after the album’s release. First, he states that it represented a form of “[m]etal that’s barely even metal” – “neo-folk music with some black metal elements, rather than the other way around.”

Second, he argues that it represented a shift “away from individual songs and toward complete albums”, a kind of cinematic music in which mood is paramount: “The songwriting is brilliant not because of monster riffs, but because it creates atmosphere and holds it together with memorable melodies and musical themes. In that sense, it resembles classical music more than any kind of rock music.”

While acknowledging that other bands such as Ulver had previously been creating music with a “neo-folk-infused musical style and cinematic/classical songwriting”, FMA asserts that “no one plying this trade had made such a strong statement as The Mantle” and that “[p]agan metal and post-black metal would be unrecognizable (or non-existent) today were it not for this record.” And to push the point even further, he states, “By extension, the nation of Ireland would have zero presence on the international metal stage.” 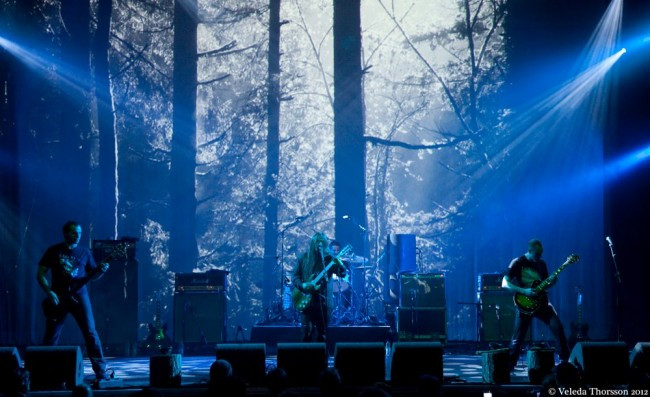 The Mantle is indeed difficult to classify as metal, with heavy use of acoustic instruments and John Haughm’s clean vocals predominating over his harsh black metal shriek. The music is often soft, beautiful, and steeped in melancholy, and the lyrics explore a variety of serious spiritual themes including the clash of modern culture and technology with nature.

The un-metalness of the album soured some “critics”, who classified the music as too pretty, too “easy”, monotonous, and dull. Undoubtedly those same types of listeners would bemoan how influential the album indeed was, blaming Agalloch for the rise of long-form atmospheric black metal devoted to mood (and often with a nature-centric focus), with varying degrees of neo-folk influence and acoustic additions. From that perspective, Agalloch was the dentist who pulled black metal’s teeth.

I don’t share that view any more than FMA, and I’ve argued the point in person with a surprising number of people who seem to classify The Mantle as a type of elevator music. My most recent such encounter was at Agalloch’s recent show in Seattle, where I talked with a guy who had been “dragged” to the show by his girlfriend. Having seen Agalloch several times before, I tried to reassure him that the live set would be powerful — that it would definitely be metal — in part because I had heard before the way in which Agalloch transformed songs from The Mantle, such as its best track, “In the Shadow of Our Pale Companion”, by using electric guitar instead of acoustic.

I never saw the dude again, and so I don’t know if he was convinced. The conversation did make me think about Agalloch’s decision to “electrify” some of their more acoustically oriented material in live performances. I haven’t tried to look for explanations of the decision by the band, but it does make such songs sound more metal, more galvanizing, and less neo-folky. It also changes the songs, almost into new songs — and I think that’s a kind of bonus, because both versions are wonderful.

The Mantle isn’t my favorite Agalloch album. For me, that award goes to Ashes Against the Grain, but The Mantle probably was the more influential, in part because it came four years earlier. Would pagan metal and post-black metal have been unrecognizable or even non-existent today without The Mantle? That seems like an overstatement, but for all I know it could be true. I just haven’t really tried to trace the development of the genres and wasn’t closely listening to these styles of music in the two or three years following The Mantle‘s release.

I’ll close out this post by inviting you to go read Full Metal Attorney’s post about The Mantle here and then chime in with any thoughts you’ve got, either based on his post or this one or your own reactions to Agalloch’s music, whether good, bad, or indifferent.

In the meantime, here’s “In the Shadow of Our Pale Companion”:

[audio:https://www.nocleansinging.com/wp-content/uploads/2012/08/02-In-The-Shadow-Of-Our-Pale-Companion.mp3|titles=Agalloch – In The Shadow Of Our Pale Companion]

9 Responses to “AGALLOCH: “THE MANTLE” – TEN YEARS ON”