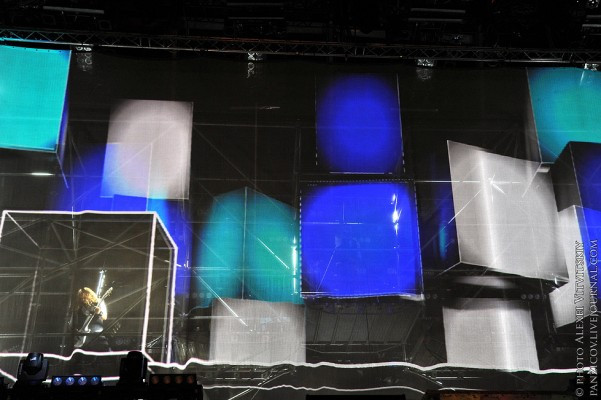 In Flames was my gateway into the more extreme forms of metal, and although they have slowly morphed into a band that straddles the divide between hard rock and metal, they still occupy a special place in my black heart. They were one of the headliners at the ginormous Wacken Open Air festival in Germany earlier this month, and ZDFkultur (the digital TV channel of a public-service German television broadcaster called ZDF) provided a live stream, which I wasn’t able to see.

Fortunately, ZDFkultur has provided a video recording of the In Flames performance online at this location, and I’ve also found a YouTube embed of the same recording. It’s a helluva spectacle, and the stage set for the first song (“Cloud Connected”) is extremely cool. The lighting and other visual effects and the multi-camera angles all through the show are top-flight, too. It includes the following songs, as well as two band interviews.

The player at the ZDFkultur site includes an index that allows you to advance quickly to any song in the set. The YouTube embed of the concert is right after the jump.

6 Responses to “IN FLAMES: LIVE AT WACKEN”