In late July, I posted a bunch of news about this excellent Finnish band, which included the fact that they were finally recording a new album after many long years following the release of 2007′s Liberation = Termination. At that point, I had no details. Now I have a title: …And Death Said Live. I also have an approximate time frame for the release — December 2012 (on AFM Records). And, I have this very nice album cover art:

I’m very much looking forward to this music. I’m sure I’ll fall all over myself posting the first song that premieres whenever that happens.

UPDATE: We received a bit more news about the album from the band: It will feature guest appearances from shredders Ryan Knight of The Black Dahlia Murder and Jona Weinhofen of Bring Me the Horizon and I Killed the Prom Queen, and it will be released through Truth Inc Records in Australia and Marquee/Avalon in Japan.

And speaking of nice cover art, take a look at this tasteful image: 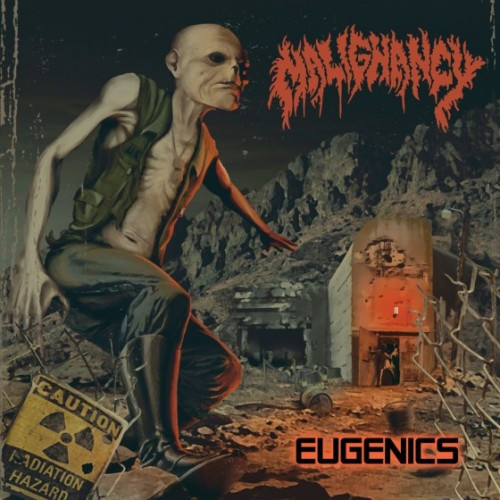 That’s the cover for Eugenics, the new album by Malignancy that’s scheduled to be discharged in North America on October 9, 2012 through Willowtip Records. The art was created by Justin Osbourn of Slasher Designs.

Malignancy have been damaging eardrums from their home base in Yonkers, NY, since the early 90s, though they’ve only released two albums prior to Eugenics, the last being Inhuman Grotesqueries in 2007. This morning brought the first track to be released from Eugenics, and it’s enough to get me interested in the rest of the poison on the new release. It’s called “Type Zero Civilization”, and it’s just plain nuts, equal parts gruesome brutality and psychotic technicality. Check it out:

2 Responses to ““M” IS FOR MONDAY: MY DYING BRIDE, MORS PRINCIPIUM EST, MALIGNANCY”