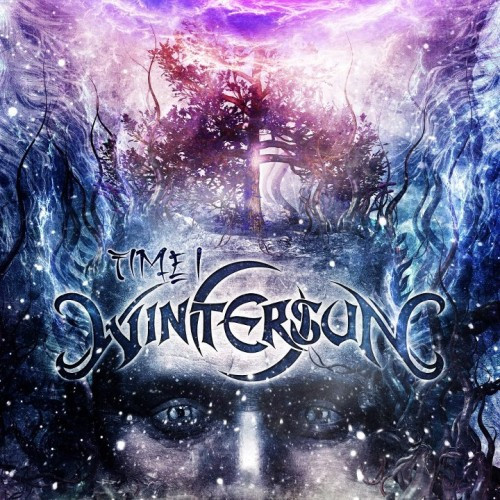 Wintersun’s new album Time I has been six years coming, and now that it has been completed and a firm release date (October 12) has been announced, you can almost hear the sound of massed panting by the band’s global network of fanatical fans. Yet their eagerness is perhaps matched by their curiosity. What will the new music sound like? Will it be in the vein of the band’s smashing debut or will the passage of six years have changed  the sound into something new and unexpected?

Well, we now have the first concrete impressions of the music because two days ago Wintersun threw a listening party in Helsinki, Finland, to which certain metal journalists were invited. One of those present for the first chance to hear the album from start to finish was Arto Mäenpää, editor of the Finnish KAAOSzine web site. He wasted no time putting his impressions on-line, with a track-by-track description of the music, calling it “a pure masterpiece and the best Finnish metal album to come out it 2012!” He also called it “a musical version of Lord Of The Rings.”

Of course, Arto’s original text was in Finnish. This, however, proved no problem for the intrepid staff at NO CLEAN SINGING. We just converted all of those strange words into English through Google Translate, which, as regular readers of this site well know, always reveals hidden meanings in the native tongue of arguably the most metal country on Earth, per capita. Fucking good pancake.

So, after the jump, feast your eyes on a vivid track-by-track description of Wintersun’s new album, as rendered by Google Translate, with a few notes by yours truly in brackets. 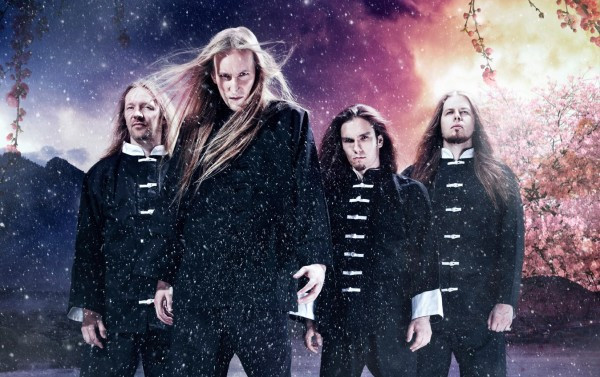 “After six years of waiting is finally coming to an end, when the domestic folky melodic death metal, the top name Wintersun finally publish a new “Time 1” bearing his name album on October 12 day via Nuclear Blast Records. Kaaoszine was a dark Wednesday evening to listen to “Time 1” album in its entirety, and then interview the band’s drummer Kai Hahtoa album context. Read more to see the editor of the Kaaoszinen Arto Mäenpää short chapter by chapter-review the album.

Album intro, epic, and even quiet start on the album, which includes a lot of Japanese influences. Will increase towards the end of the minute, and combined with the album officially begin the long epic “Sons Of Winter And Stars” album Intro.

[Editor’s Caution: Yes, Google Translate really did provide the word “Japanese”, though there is always the possibility that the Finnish word “japanilaisia” actually means “Swahili”.]

The song starts with a short intro, which is associated with the end of the previous track. After this, the first section of “Rain Of Stars” sputters to visit Kai Hahdon explosive blast beat, and with the band’s vocalist Jari Mäenpää hyisevällä cry.

[Editor’s Note: The fact that the first section sputters is an ominous sign. And one can only wonder about the “hyisevällä cry”.]

The second part of the song will be like a little more progressive material.

III ”Journey Inside A Dream”:

The third section presents the listener on a slightly different version Wintersunista while on an acoustic, but still really flamboyant. Prepare the listener for the future fourth partition, where the hell is let loose again.

[Editor’s Note: Ladies and gentlemen, we have our new NCS blog sub-header.]

IV ”Sons Of Winter And Stars”:

Fourth section provides listeners Wintersunia in his element; Jari Mäenpää’s a chill in combination with pure rage uplifting songs, as well as simply great and catchy chorus – units, which are divided up among the song really carefully and impressively. The song to stop a small explosion.

The song starts with a quiet guitar, accompanied by little by little, other instruments. The song tempo is a little slower than the other tracks and contains mostly just clean vocals as well as Jarilta kuorolaulantaa. It is slightly atmosphere and the picturesque epic.

Kalevala – type of intro for the future, “Time” – the song. I think could be maybe even from someone Amorphis album.

Instrumental to start the song violates Jari Mäenpää’s spine-chilling scream. Track the waves of the human life on Earth, always offering a little calmer than heavier stuff. Jari Mäenpää’s clean vocals, auction go well balanced in this section and the supporting use of a song tempo fluctuations. “Time 1” will culminate at the end of the song a catchy piano-outroon. After the piano intro is still small, which is intended to “bridge” the album’s between 1 and 2. The end of the album after album, the band decided to break into two parts.

[Editor’s Note: I’m sorry, I’m laughing too hard to add anything at this point, though I’m also weeping over the break-up of this band.]

Well, that was fun, wasn’t it?

To be brutally honest, which is the only kind of honest we know how to be here at NCS, KAAOSzine provided its own English translation of Arto Mäenpää’s track-by-track summary. It’s not as much fun as the Google Translate rendition, but it is more informative. You can see that here (scroll down when you get there). Also at that link you can find video of various journalists who attended the listening party giving their reactions to the album, and that vid includes a bit of the music, too.

And in other news, Wintersun announced today that two “song snippets” from Time I will be released somewhere this Friday, August 24.

27 Responses to “DRAMATIC FIRST IMPRESSIONS OF WINTERSUN’S “TIME I””