(Our man Andy Synn wasted no time consuming the forthcoming album from Norway’s legendary Enslaved once we received it, and he turns in this typically detailed review.)

Hands up anyone who was at least a little concerned by the prospect of the new Enslaved album? I know I was. First, the band have their own stellar reputation to maintain, as well as a hefty task following up the near perfect Axioma Ethica Odini. Then there were the rumblings that this would be a more “experimental” and “progressive” effort – not bad words in themselves, but the last time a band went to such lengths to over-emphasise these words we were left with Heritage – a rather lifeless tribute to progressive rock, rather than a progressive (or particularly interesting) album in itself.

On top of this, the last time Enslaved put so much emphasis (at least in the press) on their “progressive” inclinations, they came out with Vertebrae, perhaps my least favourite album in their entire discography. So maybe you can see why I was worried?

Thankfully RIITIIR gets pretty much everything right from the start. This is the record Vertebrae should have been – epic and expansive, drawing colour from a wide sonic palette, but with an energy and vibrancy that was often missing before. It is in many ways a companion piece to Axioma Ethica Odini, albeit with a very different focus, serving as the other side of the same coin. 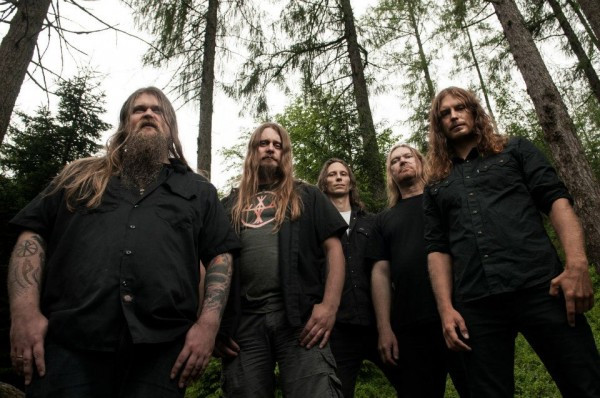 Belying early reports that this would be a more restrained and progressive album, “Thoughts Like Hammers” starts with a deluge of rippling drums and chest-beating vocals, under which a massive, lurching riff demonstrates that Enslaved aren’t afraid to employ a little death metal heft when the occasion calls for it. Yet as with all things they do, they maintain a keen sense of balance, with pure, soaring organ tones used to soothe and calm the spiky, stabbing riff patterns, providing space for the chiming chords and angelic clean vocals of the song’s clever, captivating chorus.

With so many elements at play, the song could easily  feel overly complex or convoluted, but crucially it avoids this pitfall entirely. Instead, each piece is part of an integral puzzle, different and varied, but all contributing to the same goal. This theme applies to the rest of the album as well – each track is a self-contained mini-epic, with a clear storyline and sense of direction that strikes a wonderful balance between self-aware composition and unrestricted creativity.

“Death In The Eyes Of Dawn” has a hazy, insubstantial vibe and uses familiar Enslaved elements to toy with ideas of minimalism and absence, balanced by gleaming, strident riffs that contrast sharply with these odd, quiet spaces. Yet just when you think you’ve figured out this ebb and flow of substance and absence the track drops in a soaring, unforgettable clean vocal line or a gorgeous, evocative solo to add a further sense of drama to the proceedings.

Intricate drumming and rippling harmonic melodies introduce “Veilburner”, which develops into a heavier arrangement of powerful riffs and colossal drumming, while burly gutturals and fragile cleans  play off one another in perfect synchronicity. A cool acoustic calm prevails in the song’s mid-section, providing a moment of rest among the racing drums and pulse-quickening guitars, while the prevailing clean vocal lines that punctuate the song’s heavier moments tie the whole thing neatly together.

“Roots of The Mountain” starts with an avalanche of raw power before opening up to allow glorious clean vocals to spread their wings and soar over a mountain of powerful, epic riffage. The song’s fierce metallic backbone, all tightly welded guitars and crisp, cutting growls, adds to the heaviness quotient no end, but it’s also blessed with several stellar solo sections and a surprising, electrifying bass break, making full use of its extensive run-time to explore its central themes of power and grace, backed by an endless stream of gleaming, forceful riffage. The captivating climax sees the song transform from a blackened howl of controlled chaos into a beautiful arrangement of gorgeous acoustic guitars, ethereal keyboard melodies, and storming electrified riffs. 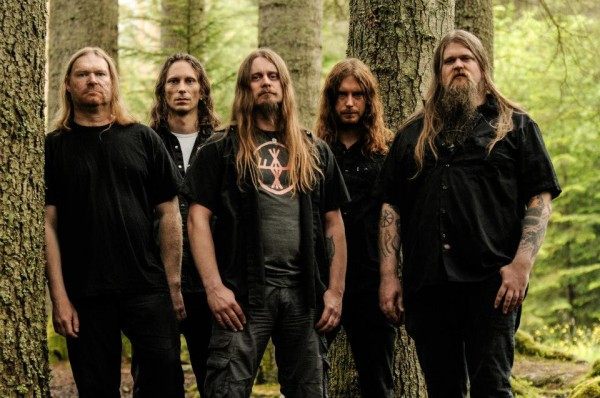 By some measure the shortest song on here, the stripped-down title-track places greater emphasis on Cato Bekkevold’s thumping drum parts, which dictate the song’s steady, marching pace. Clean, emotive vocal lines once more provide a connective thread to the album’s aura of meditative power, backed by the sparing but effective use of Grutle Kjellson’s distinctive growl. The second half of the song is simultaneously heavier, yet somehow stranger, than what has come before, its unexpected manifestation of blackened sound and fury providing a more immediate and effective black metal kick to the record’s more patient sound.

The heaviness of “Materal” is more than just pounding drums and clanging riffs, though it has plenty of those. Its moody character accents both the metallic clamour and acoustic grandeur with brooding shadows and brilliant highlights, while also serving as a showcase for Cato Bekkevold’s brilliant drumming, whose perfectly placed beats punctuate each and every track with perfidious power.

The sci-fi black metal of “Storm Of Memories” opens with a typically inventive lead pattern played in a wholly untypical way, wrapped up in an odd arrangement of amorphous, pulsating keyboards and compelling, insistent drumming. Though the track takes its time getting to the meat of the matter, when it finally kicks in the sizzling tremolo runs and furious blasting drums showcase Enslaved at their most “blackened” in several years. The keyboards, however, maintain their prominent presence, and the clean vocals, while sparser than on most of the other tracks, add a smooth and subtle flavour of their own.

Final track “Forsaken” begins with a strange piece of deconstructed piano, which serves as an unexpected foundation for the subsequent masterpiece of monolithic, interlocking guitars. For all its epic length and structure, the band know just when the track needs a shot of adrenaline, periodically dropping in pulverising passages of thunderous kick drums and hypnotically catchy riffs that play clever games with harmony and dissonance. The middle of the song features a lengthy interlude of wind-blown keyboard atmospherics and pulsing alien ambience, before a slowly building military snare pattern summons up a series of crushing chords and powerful vocalisations, which crash down in heaving waves before receding once more into quiet contemplation. 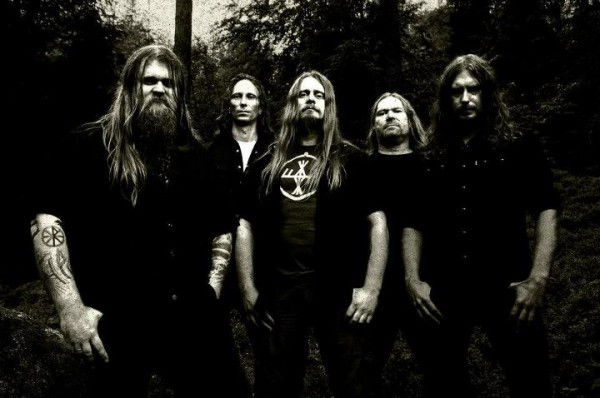 The term “progressive” has become so bastardised these days that I’ve purposefully avoided it for the majority of this review. Instead, I’d argue that this is Enslaved’s most expressive album, touching on a wide variety of sounds and influences, subjugating and enslaving a variety of different elements, all in the service of the band’s overall vision.

Cleverly the band chose to follow up the masterful Axioma Ethica Odini with an album almost totally opposed to that record, without being a reaction to it. The two albums are light and dark, yin and yang. The strident tone of Axioma is what allows for the emotive yearnings of RIITIIR, whose lengthy expositions and fluid variety act in turn as the perfect foil for its predecessor’s more immediate and bombastic approach.

In a sea of bands laying spurious claim to the term “progressive”, claiming to go further while simply retreading old patterns, Enslaved have chosen another direction entirely, one fiendishly clever in its utter simplicity. Put simply, with RIITIIR Enslaved have not simply gone further, they’ve gone deeper.

EDITOR’S NOTE: RIITIIR will be released by Nuclear Blast in Europe on September 28 and on October 9 in North America. It can be ordered now in a variety of formats and bundles from either Enslaved’s web store or Nuclear Blast (EU/UK) (US), and it’s up on Amazon, too. The fascinating cover art is by Truls Espedal, and this video provides insights into its creation.