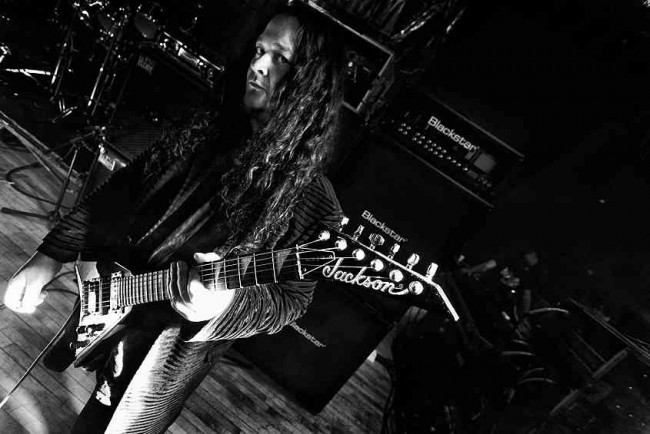 NCS reader and occasional guest contributor KevinP was able to snag an opportunity to interview guitarist Hamish Glencross of UK doom legends My Dying Bride (and Vallenfyre), and we’re thrilled to present their discussion here. My Dying Bride’s twelfth studio album, A Map of All Our Failures, is scheduled for release on October 15 by Peaceville Records. It follows the band’s acclaimed 2011 single-song EP, The Barghest o’ Wihtby. We previously featured (here) the first song released from the new album, “Kneel till Doomsday”.

KP: What have you done differently this time around, if anything at all, on this new album?

HG: Things had changed with having done The Barghest EP. We had brought back a level of intensity that had taken us back to using loud valve amps with an inspiring harmonic feedback in our sound, which we pushed to an extreme on the EP.  We wanted to maintain much of that, but to bring it more in line with a grander, epic approach more in keeping with what we would want to do with a full length album.  Andy [Craighan] and I had a very strong vision of what we wanted to do, and had actually started writing the music for this album as far back as two years ago. We had each set up quite considerable home studios, so we had recorded everything in a very advanced demo format before even hitting the studio, so we had done a LOT more preparation for this album,  more than anything we have done before.

We also had the ability to develop ideas much further, and continue to write and re-write right up to recording the actual release.  This is also how we ended up with a lot more songs recorded than we usually would do, allowing us to cherry-pick the most suitable songs for the album. 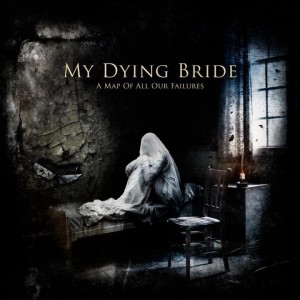 Do you generally have a lot of completed songs that go “unused”?

Not really, only a couple of times in the past have we had an extra song recorded, but never as much as this.  We have an extra four songs which will be released at a later date. All good songs that we totally believe in, but are more suited to a separate EP release rather than amongst the new album.

So a lot of the material for the new album was written PRIOR to the Barghest EP?

Not a lot, about 2 whole songs, and a lot of riffs. Once Barghest started taking shape and demanding our whole attention, it was obvious we had gone down a slightly different path that dictated that we saw it through to its fullest, and put the rest of the album on hold until Barghest was fully realised.

Was it difficult to maintain a specific vision you wanted for a full length album while simultaneously writing/recording a lengthy EP?

We didn’t realise we were actually actually writing an EP until the song was already past the 10 minute mark, then it was obvious that we were doing something outside of the full-length album. So we put the rest on hold, and returned after Barghest ever so slightly twisted for the better!  That influenced what came afterwards.

The new song you have released, “Kneel till Doomsday”, feels like a cross between Barghest and some of the older material, with a live, unpolished sound and different guitar tone/mix than we are used to hearing. Is that an accurate assessment?

It certainly is an accurate assessment. We chose that song as the introduction as it covers quite a lot of the different angles and extremities we’re exploring on the new album, so it’s a good starting point. However, other songs go much further into other darker worlds. It’s just a good starting point, it’s very direct. Hence, it opens the album.

A lot of people (myself included) were clamoring for a return of more death metal elements in the music. After Barghest and now with “Kneel till Doomsday”,  it has returned. Was this a conscious decision?

Yes, we wanted to cover every aspect of what has made the My Dying Bride “sound” over the years. Take each facet and push them to extremes, so there’s the death metal angle being pushed, just as there is also the sorrowful lone guitar parts dripping in misery, and further huge layering of multiple guitar, violin and vocal arrangements, all being pushed further than ever before. 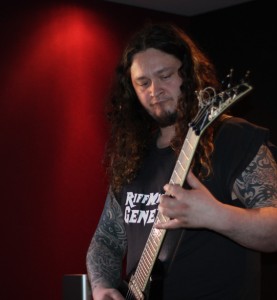 Did  you find it hard not to repeat yourself, since the band has such an extensive back catalog?

Only a couple of times did we find ourselves checking that some of the music wasn’t too close to something we’d done before, but on each occasion we found that what we were hearing was more invoking the “feel” of something we may have done in the past, rather than any specific parts, and we didn’t view that in a negative way. Ultimately, we’ve been so inspired of late, and have been creating so much, it’s amazingly not been of any concern. We still have a lot yet to do.

In fact, this new album has already had myself and Andy talking about where we plan to head next (even though we have yet to release the album and then the subsequent EP). There’s still a lot of life (death?) in the old Bride yet!!

Andy told me (around the time that A Line of Deathless Kings was being released) that Aaron [Stainthorpe] would be given the completed music, lock himself away for a week or two, and spew forth all of the lyrics.  Does he still operate in the same fashion or has that limey bastard changed his ways at all?

We invited him to many of the writing sessions that Andy and I were conducting, and he would come and hear what we were doing, plus he was at the studio as we were recording a lot of the music. But yes, the bulk of the lyrics were written after the music was completed.  But he was there in the formative stages of the writing of the music, so it’s really quite cohesive.

You don’t seem to tour in the traditional sense and mainly stick to festivals and little “mini tours”. Any plans to change that in promotion of the new album?

Alas, our commitments outside of the band would still dictate that to be true. I wish it were different, but it would take a dramatic change in our fortunes to be able to tour to the level I’d love, unfortunately. We have a European tour planned in December, and that’s all that’s on the horizon for now, but let’s see what happens after the new album is released… fingers crossed, eh?

I know we “Yanks” finally got you across the pond for 70K Tons of Metal. Any other chances for a few select US dates in 2013?

I hope so, I truly do. We all would love to see that happen. 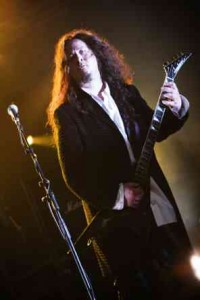 How was 70K Tons of Metal? Did it differ from your initial expectations?

It was amazing. What an experience! Simply unlike anything you can imagine unless you’ve been on it! It was an absolute pleasure, and a revered privilege to be able to be part of it. It’s provided me with some of my fondest memories touring with My Dying Bride, and I shall not forget it!

Even though you can’t guarantee any US dates, could you at least guarantee “I Am the Bloody Earth” the next time you are on this side of the world? (evil grin)

Ha ha! It’s not impossible! But it’s always hard to come up with a setlist when your back catalogue is stuffed full with so many songs (and so many loooong songs too!) and there’s only a limited amount of time you can play, and we all have our favourites! It’s not impossible, but I can’t make any promises! I Am The Bloody Politician!