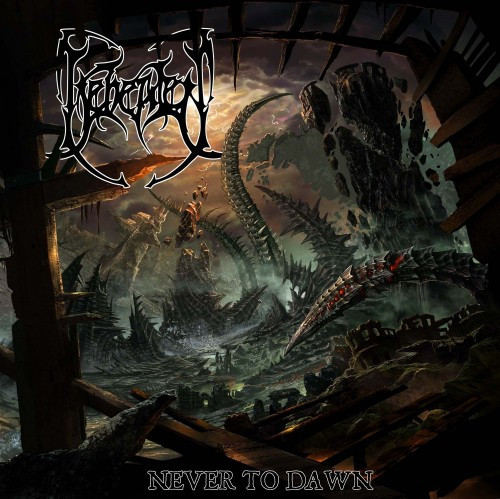 Here’s another round-up of music I came across over the last 24 hours that I want to recommend. By my lights, it’s a good way to charge into the weekend, because it helps get in the mood for destroying shit. And isn’t what weekends are for? To destroy all the things you spent the work week building, including your reputation?

Beheaded are from the island nation of Malta in the Mediterranean. Having heard some of their new music, I’m surprised Malta hasn’t imploded and sunk beneath the waves in a titanic geyser.

Beheaded have recorded their third album, Never To Dawn, for release by Unique Leader on November 6. Based on a very old MySpace blog entry by the band, the fantastic cover art appears to have been created by an artist named Yang Guang (click on the image to see a bigger copy of it).

A few days ago Beheaded released an advance track from the album called “Where Hours Etch Their Name”, and it made me hungry not only for the whole album but also for human flesh. It’s a monstrous, and monstrously groovy, behemoth of death metal might that reminded me of Immolation and Hate.

The riffs have a booming, cataclysmic quality, spiced with rapid techy jabbing and whirlwinds of dark melody. The vocals are a paragon of bestiality, and the fuckin’ percussion is explosively off the hook. Beheaded definitely have the knack for forging relentlessly brutal music that’s also groovy and memorable. I’m in lust for this album. Here’s the song:

Never To Dawn is available for pre-order here. 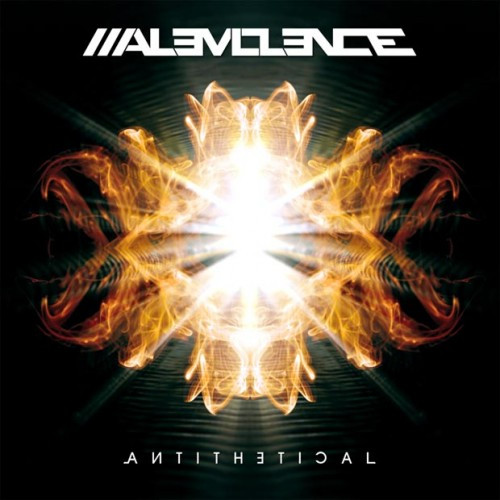 Malevolence have been together for 18 years, but I just discovered them yesterday. They’re on the verge of releasing a new album called Antithetical — their first album since the last one in 1999 — though I haven’t yet seen a release date. It appears that the godly Dirk Verbeuren was the session drummer on the recording. Recently, they premiered a worthy single from the album called “Slithering”, which will also be the subject of the band’s first official video at some point in the coming weeks.

Don’t be fooled by the somber intro to “Slithering”. It starts slashing and stomping soon enough. There’s a quasi-industrial beat to the music, synthesizer atmospherics, and a hooky melodic chorus, but also plenty of meat-grinding riffage and paint-scraping vocals. The track is available on Bandcamp (here), but for a limited time it’s also available for free download at PureGrainAudio (here). Listen, and bust shit up: 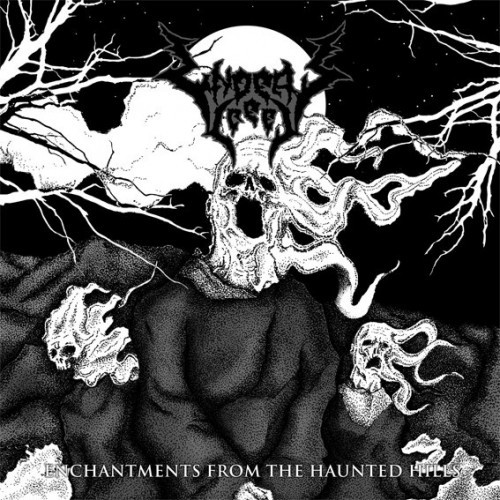 Well, fuck me, this next slab of music somehow eluded my notice until today: Those Sicilian cannibals in Undead Creep released a new EP on August 27 via Blood Harvest.

I got hooked on these bastards almost exactly one year ago through a recommendation from NCS patron SurgicalBrute and featured them in this post. I really enjoyed their 2011 debut album The Ever-Burning Torch, which Dark Descent released. It effectively channeled shades of Entombed, Dismember, Grave, and Carcass, but still sounded fresh. Kind of like a fresh corpse.

The new EP is entitled Enchantments From the Haunted Hills, and both of the two tracks have recently gone up on YouTube — “Intro/To Be Condemned” and the title song. I can’t decide which I like better — the haunted-house intro to the first song or the raw sonic disembowelment that comes after it. Undead Creep just plain know how to gut their listeners with buzzsaw guitar and bass, sick soulful soloing, ghoulish growls and howls and shrieks, and a whole fuckload of maggot-infested atmosphere.

These guys have definitely got the right spirit and the songwriting and performance talent to go with it. Check it out:

The 7″ EP is available from Hells Headbangers here. 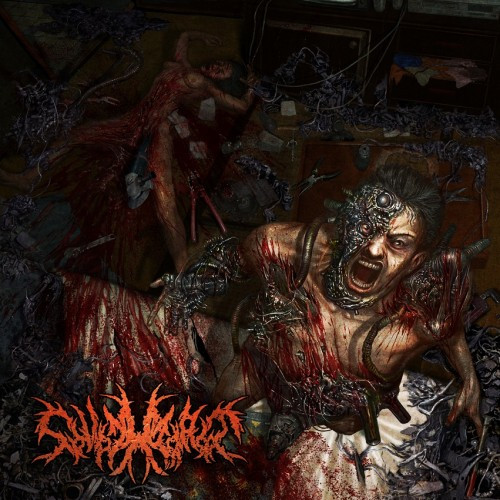 I saw some complimentary words about 7 H.Target in a Facebook post by another band, and I decided to check out some of their music. I began by listening to a track up on YouTube and then I poked around and discovered that they have a Bandcamp page (here), where their Feb 2012 debut album Fast-Slow Demolition is available for streaming and download.

At this writing, I haven’t yet listened to the whole album, but I have frothed at the mouth some and I’m already feeling the urge to beat someone senseless with a ball-peen hammer. I think these are good signs for the music.

7 H.Target deliver brutal, high-octane, slam-minded death metal, but as bludgeoning as the music is, they bring the violence with scalpel-sharp precision and addictive catchiness. If there’s anything left of your mind after the music from the previous bands, this shit ought to finish it off in grand style, leaving you . . . um . . . mindless? And ready for a mindless weekend, which is as it should be.

4 Responses to “TIME TO BUST SHIT UP: NEW MUSIC FROM BEHEADED, MALEVOLENCE, UNDEAD CREEP, AND 7 H.TARGET”