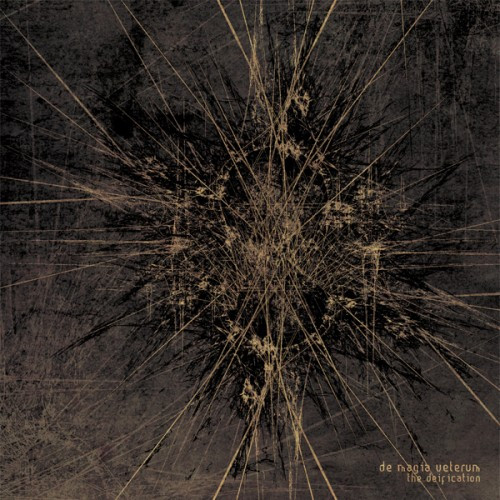 They left me late in the day after what seemed like hours of feasting with lip-smacking glee on selected internal organs.  My internal organs.  They secreted an enzyme in their salvia that acted like an anesthetic, dulling but not deadening the pain, avoiding the onset of shock that might have killed the host.  Apparently they prefer the pulse of warm blood through their banquet instead of the cold, maggot-ridden dregs of cooling, lifeless flesh.

More than once, after seeing Jaws, I morbidly imagined the horror of being eaten alive by a carnivorous thing for whom I, for all my vaulting egoism, was to be nothing but food, my consciousness surviving long enough to realize that I was being eaten and would be digested and then shat out, my life amounting to nothing but nutrients for another.  But actually experiencing this firsthand instead of imagining it made my waking dreams a pale fairy tale by comparison.

I did not wonder who they were.  I knew.  After all, I had unwittingly invited them into the chamber of my body, opening myself to their hunger and their gnashing jaws. They entered through the ears.

It all began slowly enough, but their lethargic beginning didn’t last long.  They unleashed their ravenous appetites with swarming activity in less than a minute after they had entered my body, teeth flashing, hungry creatures crawling over each other to gorge themselves on the rich delicacy of my liver.  Or maybe it was my spleen.  Or something else I’d never noticed before I lost it.

As bits of me became bits of them, a vital communion took place. Some transference of experiences was occurring, beyond the injection of anesthetic and some paralytic agent that kept me pinned in place like a moth, fluttering, on a display board. As they fed, they sang, and their foraging frenzy infected my mind. The names of their odes to consumption should mean little now, as my last breaths expire like the final warmth of summer before an endless winter. But final memories have some special worth, don’t they?

They roared “Thorns”, like a screeching, harrowing, radioactive hurricane, pausing to allow chunks of my intestines to flow into their gullets and then attacking again in a fury. The more insane of them may have been eating the others as well as me.

My core rumbled as if a violent earthquake was shaking my spine into fragments as jets of black, viscous fluid spewed from veins and arteries into the gaping maws of the gulping horrors that passed for their mouths. Violent, chaotic sensations flooded my brain as I felt the eating of me and knew their pleasure at my suffering and the pounding doom of my vanishing existence. And that was what they called “Passage”, my transformation from life into their shit.

“Evoked In Poison”: Their acid-drenched spit dissolving my guts as they roared and screeched their infernal satisfaction throughout my sensorium. My heart, consumed, did not fill their heartlessness but only drove them to new heights of bestial tearing and rending, their grotesque emanations beginning to shred my mind like a hailstorm of scalpels.

They proclaimed, between greedy bites, “Shall Not Take Form”, and I knew my end would be without structure or symmetry, simply a pile of greasy remnants, oily and festering, the worst of me that even they would not bother to pass through their threshing rows of teeth. Horrible pile-driving strokes smashed the long bones, exposing the juice of the marrow to their endless hunger. The horror-sounds of catastrophic battle filled my ears as my flesh became the fodder for their ravenous wrecking machines. 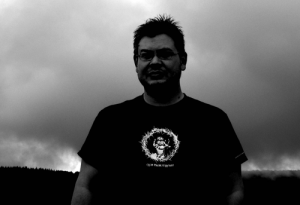 In their black world, “Purity” is defined by unadulterated savagery, by the relentlessness of ripping and chopping and shredding, all pity banished, all peace destroyed, all life to be subjugated and brutally cut down. I knew this, as they knew me, like an open book to be set aflame and burned to rancid cinders.

They know no god but themselves. Through their consumption “The Deification” takes place. They become whole, imperially triumphant, free to move on to their next victims, roaring and reveling in the savagery of their lust, swinging their armored tentacles and spiked tails to leave in rubble even the pathetic remains of their horrific ministrations so that no life and no dignity will remain.

I knew who they were. They called themselves De Magia Veterum. I saw them for what they were, the manifold manifestations of a single entity known as Mories (Gnaw Their Tongues, Ophiuchus, Pompidou, Aderlating, Astral, et al). He may take human shape, but do not be fooled: Only horrors lurk within.

I may have been hallucinating when I wrote this, under the influence of The Deification, which is one of the most extreme and transfixing assaults of apocalyptic black noise you’re likely to hear in this year or any other. It’s a relentless and often violent barrage of soul-sucking, sanity-wrecking, cacophony that’s a work of demented genius.

And by the way, just in case I wasn’t hallucinating, willing organ donors should contact me ASAP.

The Deification will be released through Transcendental Creations on October 22, 2012. For pre-order info, and to stream the entire album, go HERE. This is a taste, and by that I mean they will taste you:

“SHALL NOT TAKE FORM”

3 Responses to “SOMETHING VERY NASTY: DE MAGIA VETERUM – “THE DEIFICATION””