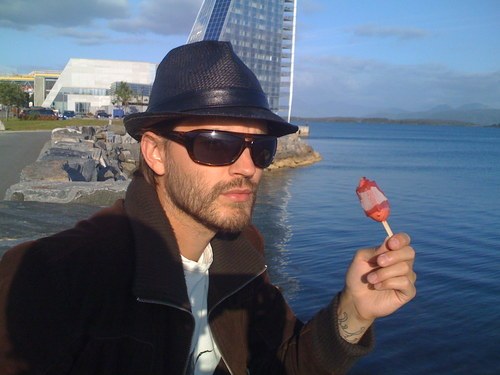 The documentary is being directed by Åsmund Janøy, and earlier today we published NCS writer Andy Synn’s interview of Åsmund (here). But now we’re delighted to give you Andy’s interview of Peter Espevoll.  We thank both him and Åsmund Janøy for agreeing to let us pick their brains. 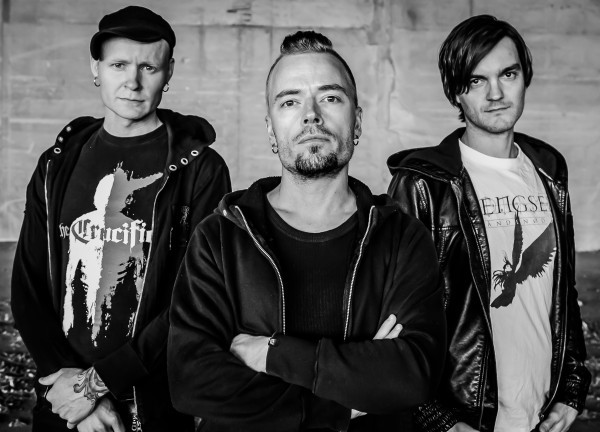 Firstly let me say welcome back! Though I suppose in your own mind, and your own life, you never really went away. It’s just that to me, and many others, the Extol reunion means a huge amount, particularly after so long!

To start the questions off, can you elaborate on the reasons for Extol’s initial break-up?

Peter: It had to do with some quite personal matters. The story will be told in the documentary about Extol so I don’t think I will elaborate too much on that at this point.. J

What have you been up to with your life in the quiet years?

Peter: Since 2007 I´ve got 2 kids and spent as much time as I can with my family. Moved out of Oslo, and in general been trying to live a quiet life. Well, with 2 boys in the house, it`s never really quiet, but you get what I mean. Fishing and sauna are 2 key words for the past years. When it comes to music, I haven’t done much really. Except for making lullabies for my kids.

What precipitated the reunion of you, Ole, and David?

Peter: We had been talking about making new stuff every now and then over the last 5 years, but the timing wasn’t right. But last year David, Ole, Christer and I started talking about it again and we sat down and had some talks about what we all wanted, and decided that now the time would be good to start the process of making a new record, with more of the original line – up.

And what about the other members, to what extent did they consider participating in the reformation?

Peter: As I said Christer was initially going to be a part of the new record, but unfortunately, some unforeseen things came up, and he basically just didn’t have the time it would take to be fully involved with this album.

How does it feel to be back in ‘Extol-mode’ after so many years?

Peter: Mostly it has felt good and exciting. To me it`s been fun and rewarding to be involved with something creative again, since I haven’t been in a creative mode for some years. Also, seeing all the response from fans is truly amazing and means so much to us!

You’ve decided not only to return with a new album, but also a full-length documentary about the band, which is going to cover your history as a group pretty comprehensively – which is a pretty ambitious choice. Whose crazy idea was it initially?

Peter: I had the initial idea. First the thought was to make an “early years” DVD for the fans, and then it all developed into a more complete documentary when I started talking with Åsmund Janøy (the director) and he joined the project. We didn’t dream of taking it this far initially, but now that we´ve come so far as we`ve done, it feels just great and we´re certain that it´s going to be a film worth seeing, not only for fans of Extol but for a much broader audience.

What does doing this documentary mean to you, both as a person, and a representative of Extol the band?

Peter: It´s been a true blessing to me, doing this film and getting the opportunity to work with great people such as Åsmund. He´s a great guy and I learn a lot of new things almost every day we work together. And of course to have someone on the outside that finds the story interesting enough to spend 2 years on making a film about it, is quite humbling. Extol has been a huge part of my life since I was 14, so to me and the other guys in the band this means a lot.

I couldn’t afford much at the time, but I was amongst the first to donate to the IndieGoGo campaign you started for the documentary, and since then the response has been phenomenal. How blown away have you been by the dedication shown by your fans?

Peter: VERY blown away! We were of course hoping that there would be some interest, but honestly we never dreamt of this kind of response. We had a goal of reaching $20.000 and as I write this we´re at $24.425 and still have 5 days left of the campaign. That`s nothing short of overwhelming!

Were you ever worried that you might have lost touch – with each other, with your fans, with metal in general?

Peter: With each other, no. With our fans, we knew a lot of people still wanted new material, as we´ve got quite many mails and requests over the years. But we didn’t expect the kind of enormous feedback we got when we sent out the press release. With metal, that was the part I personally was most worried about. I haven’t screamed for many years, and I can reveal as much as that the vocals on the new record will be more “old school” Extol vocals, and those kind of vocals I haven’t done since Undeceived/Paralysis era. Now that`s MANY years ago! So yeah, I was worried, and didn’t know if I still had it in me. However, it seems like doing death metal vocals for me is like riding a bike. Once you`ve learned, you never forget..  J

How has your role as a producer on the documentary developed? And what have you learnt from it?

Peter: Åsmund and I spent a lot of time in the beginning sorting out our roles, the form and setting of the production, planning etc. This is my first time working with a film so I´ve had to spend a lot of time learning how the processes work and how to go about things. We have not rushed into anything, and allowed ourselves to take the time we need to do this in the best possible way. I could probably write a book about all the things I´ve learned over the last year!

Talking about Extol more generally, over the course of the group’s history, what have become some of your favourite songs?

Peter: This is always hard to answer.. I remember I really liked playing “Grace for succession” live. I also think “From the everyday mountain top” and “Void” are really great songs! Right now I have some new favourite songs from the new material.

Where are you heading with the new album? What sort of direction are you pursuing, and are there any surprises you might want to hint at (but not spoil)?

Peter: Well, I already talked a little bit about the vocals, so I don’t know if I should spoil so much more yet. I think fans of Extol will recognize the sound of Extol, still we are in the end Extol, and a new Extol album will always bring something new, compared to what we have done earlier. There are definitely some “surprises”!

How far along are you with the recording process? And how is it shaping up – easy, painful, somewhere in between?

Peter: It´s been a good process. Maybe not easy, but definitely not painful. Fun, creative and challenging in a good way. We haven’t had any pressure from anyone than ourselves and we´ve had the chance to write the songs in our own timing. We´ve e-mailed ideas back and forth to each other, and worked on the songs that way. Now also just being 3 members of the band, I guess it has been easier to get a final result that all of us can be 100% satisfied with.

What are your plans for the rest of the year?

Peter: Finishing up the album and starting talks with record labels. Then we´ll just see what happens.

Also –  a personal question for me – when are you going to have some more Extol t-shirts available? I need one, and have done for a long time!

Any last words for our readers?

Peter: Thank you so much for your interest in Extol! We really appreciate it! Can`t wait to show you all the new songs, and also a fun, honest and entertaining film about some sweet boys from Norway.. Peace!

EDITOR’S NOTE: I know we have some readers who weren’t even listening to metal during Extol’s hey-day. For those of you who may be unfamiliar with the band, I recommend checking out Andy Synn’s January 2011 SYNN REPORT on Extol, which includes a review of their entire discography plus sample songs. You can find that via this link.

To learn more about the progress of Extol – A Documentary, visit the project’s official Facebook page HERE or the Extol Film web site via this link. And just because the producers’ campaign goal has been exceeded doesn’t mean that additional contributions won’t be useful. Commitments can still be made up until Oct 23 at 11:59 PM PT at this location — and some very nice perks are still being offered to contributors.

2 Responses to “AN NCS INTERVIEW: PETER ESPEVOLL OF EXTOL”