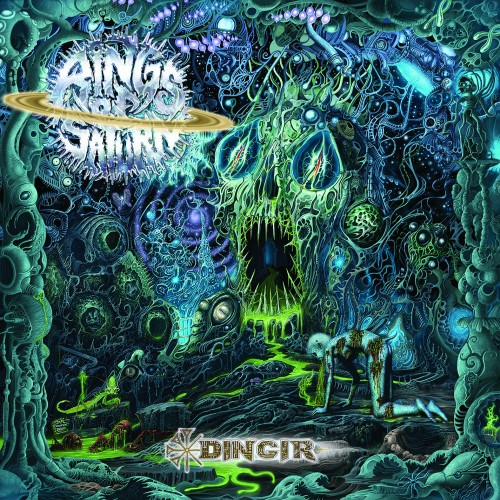 (We welcome guest writer Tyler Lowery back to NCS with the second of two reviews we’re publishing of the unexpectedly just-released second album by Rings of Saturn. You can find our other one here.)

When I heard the intro of the new Rings of Saturn album, I had it set in my mind that this would mark their descent into a tired deathcore outing. The almost Whitechapel-esque guitar intro riff that led into the viciously fast riffing and quick-bursting blast beats for the first few moments left dread in my heart. I was expecting the worst to happen at the drop of the bass, leading into a meaningless and redundant breakdown. To my very pleasant surprise, this never occurred.

What did follow was a very well-organized trip through some of the most brutal and technical riffs this side of Obscura’s Omnivium. Rings of Saturn have completely refined and tightened their sound since their debut release in 2009. Focus has pushed all that pure aggression into tight boxes that, once released, wreak utter devastation. In doing this, guitarists Lucas Mann and Joel Omans have spent more time relating their mastery of their art in fine passaging and provocative soloing. The guitars are still top notch, though, and do not flinch for a second. The leads switch often between a very tech-heavy smear of notes and sharply rooted melodic tremolo picking to heavy churning and crushing riffs.

While this is a very fast, very technical album, there is still a good bit of space in between for well-placed and patient guitar work. I wouldn’t call the playing transcendent, but it is certainly very impressive. The first track, “Objective to Harvest”, has an almost spaced-out midsection. “Faces Imploding” breaks for a few phrases toward the end of the track with a Faceless-tinged clean passage that leads into one of the first prevalent breakdowns on the album, which thankfully doesn’t overstay its own welcome. And probably one of the tastiest excerpts is toward the end of the album on “Fruitless Existence”. The song closes with a very groove-oriented clean outro, almost waving goodbye to a passing battlefield. 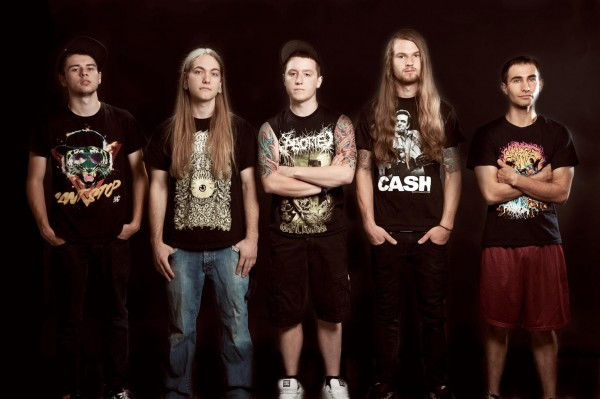 This is a guitarist’s album through and through. There is no doubt about it. However, that doesn’t mean that the rest of the band slacks off any. The drummer, Ian Baker, is quick and clever with his feet, blasting his way through the lightening-fast tremolo passages and spitting machinegun-style double-bass kicks in neatly syncopated cycles. The bassist (Sean Martinez) plays directly below the guitars, and therefore is given very little opportunity to really shine through. There are only a couple of passages where the bass is even audible, but when it is, the throbbing lines are very clear and concise. The vocals are handled by Ian Bearer, and they are guttural and fierce. When he screams, you can feel the venom being spat through the microphone. It’s nothing new or groundbreaking, but it’s very effective and appropriate.

In what is one of my favorite tracks on the album, “Utopia” closes Dingir with a stunningly arranged instrumental piece. This concludes the album with a refrain to contemplate the technical beat down that was just witnessed. The soaring leads weave in and out of one another, looping back to the strongest parts of the album. This does well to highlight the strides made since the band’s  last release. With the greater emphasis on songwriting as opposed to technical guitar wankery, this track cements Dingir’s place among the best technical death metal releases this year, if not the best. In a stroke of evil genius, this track ends at the drop of a dime, leaving the listener craving more. Some will hate the abrupt stop, but few will argue that it gives the perfect reason to play the entire album over and over again.

EDITOR’S NOTE: Dingir was originally scheduled for release by Unique Leader in November. Over the weekend just past, we reported that due to undisclosed “legal issues”, the release date had been pushed back to February 5 — and that an unfinished pre-mastered version of the album leaked last Friday and began to spread around the internet. As a result of these unforeseen developments, Rings of Saturn took some unusual actions.

First, on Saturday they posted the entire finished version of the album for streaming on YouTube. And then on Sunday they made the album available for free download at the Total Deathcore site, where you can also stream the tracks on an individual basis. THIS is the link to that site.

As far as we know, the album will still be released by Unique Leader as a CD on February 5, and Rings of Saturn recently announced that plans for pre-orders are in the works.

3 Responses to “RINGS OF SATURN: “DINGIR””