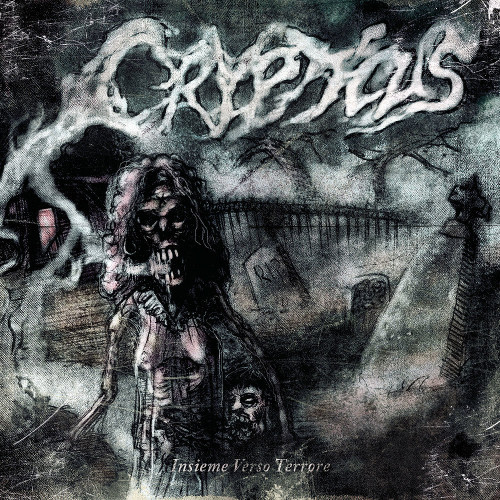 So good to be back in Seattle after a fucking 6-hour flight home last night. Did you know that your feet swell up something fierce after 6 hours at 40,000 feet? Did you know that this is really not a good thing if you’re trying to recover from a serious ankle sprain? Did you know that it could cause your toes to turn black and your ankle to turn red and blue even a week after your accident, so that it feels like weasels are ripping into it? Well, now you know.

Did you know that if your hearing is sort of shitty and you try to listen to metal at the proper head-wrecking volume on your earbuds during a 6-hour night flight that your neighbors who are trying to sleep will look at you like they want to set you on fire? Did you know that if enough neighbors look at you like that, and you’re a weenie, you will sheepishly remove the earbuds and lose out on the chance to catch up on new metal for 6 hours and instead drink heavily and become surly and morose? Well, now you know.

Did you know that when your body’s time clock is still in a time zone that’s three hours later than where you are, your body will wake up thinking that it’s 6:30 a.m. when in fact it’s 3:30 a.m.and you’ve only been asleep for 4 hours after being awake for nearly 24 hours and you will feel like day-old shit with your ankle throbbing and be unable to fall asleep again? Now you know.

Did you know that even when you’re a really important metal blogger and you’re mostly out of touch with metal for more than a day, metal is still happening, as if it did not depend on your paying attention in order to continue happening? Amazingly, that seems to be true.

Here’s what I found this morning in between hobbling trips to the coffee maker to recharge my bowl-sized Deathwish coffee cup: Crypticus (U.S.), Nidingr (Norway), and Arkhum (U.S.).

Crypticus is a two-headed monster that appears to dwell in the vicinity of Denver, Colorado. One head is Patrick Bruss (vocals, guitar, bass) and the other is Brynjar Helgetun (drums). This monster has just spawned a really filthy, venomous, ill-tempered offspring by the name of Insieme Verso Terrore. It’s a five-track EP available on Bandcamp, about which I’ll have more to say quite soon.

If you visit that Bandcamp page you’ll see that the fifth track, “Rigour Morgue”, isn’t available for streaming, though it’s included in the EP download. HOWEVER, Crypticus has just put the track up on SoundCloud, and I’ve been letting it rampage repeatedly through my aching head this morning. It’s about as perfect a representation of corpse-strewn, old-school, Scandinavian-styled death metal as I could want this morning.

The chainsaws grind, the drums pound like meat tenderizers, the riffs are catchy (and the guitar leads will rip your flesh), the grisly melody oozes pus, and the vocals . . . the vocals are to die for, a death-metal duet between that monster head named Bruss and a she-golem named Vanessa Nocera, whose name you should recognize based on how often I’ve written about one of her many other bands, Skeletal Spectre (she also fronts Scaremaker and Wooden Stake).

Fuck, that was a long sentence. Maybe I should ease up on the coffee. Here’s “Rigour Morgue”: 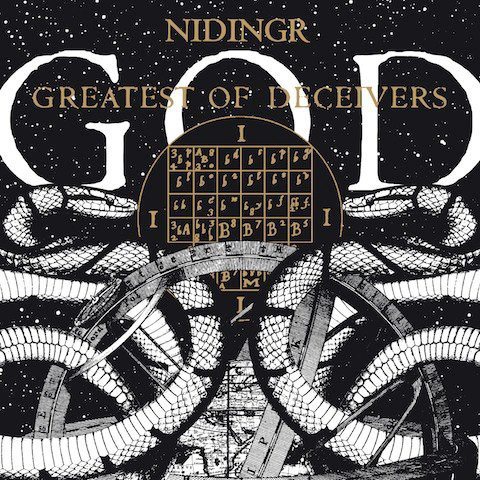 I first wrote about this band on NCS about a month ago. Nidingr are a Norwegian collective who’ve been rattling around since 1996. Their third album, Greatest of Deceivers, will be released by their new label Indie Recordings on November 20 in North America. Their membership includes Hellhammer (Mayhem, Arcturus) on drums — though Øyvind Myrvoll was the drummer on their new album – and Teloch (NunFuckRitual, The Konsortium, and live performer with Mayhem, 1349, God Seed, and Gorgoroth) and Blargh (DHG (Dødheimsgard)) on guitars and bass.

When I wrote about them a month ago, DECIBEL had just premiered a track from the new album. This morning I saw that the band have just released a second track for streaming — “Vim Patior”. It’s a killer, and a great follow-up to that Crypticus song. 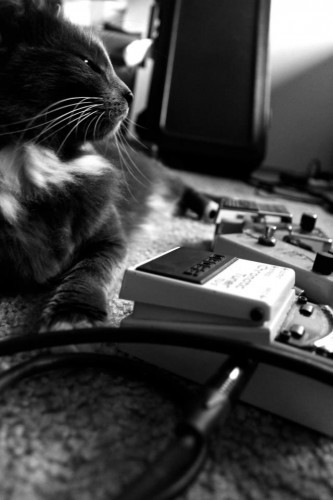 I hope you remember Portland’s Arkhum. I’ve sure as hell written about them enough that you should (previous posts collected here).  Following up on their 2010 debut album, Anno Universum, the band have been working on their second full-length effort, Earthling, with assistant engineering being handled by a cat named Mia (above). I think this is a groundbreaking move by the band, and I’ve been really curious to hear Mia’s influence on the new record. She looks kind of like a Zen master in that photo.

This morning I saw that Arkhum have begun streaming samples from several of the songs on Earthling, and man it really sounds interesting. Rather than attempt to describe it, I’d rather just let you be surprised.  And by the way, it appears Vendlus Records plans to release the album in January 2013. You can fucking count on the fact that we will have more to say about this album in the ramp-up to its release.

P.S. There is a silver lining to a 6-hour night flight when you can’t listen to metal without offending your neighbors: you can finally finish Leviathan Wakes. Space opera done right, for which I enthusiastically thank Ben C. (Church of the Riff) for the recommendation.

P.P.S. Apologies to Frank Zappa, though I guess he probably doesn’t mind at this point.