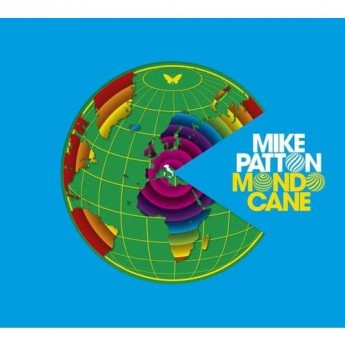 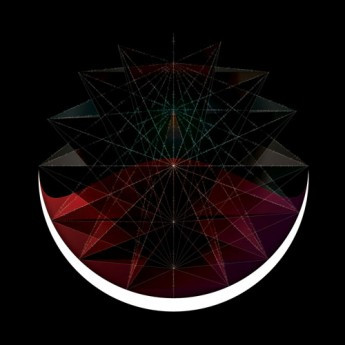 (Please welcome the return of guest writer Old Man Windbreaker, who has decided to take matters into his own hands. One hopes for the return of his sibling in the comments.)

Old Man Windbreaker greets you once again. After repeated bitching about the lack of content related to Faith No More on this site, One has decided to take matters into One’s own hands… And write about the albums Mondo Cane and Laborintus II by Mike Patton.

One first listened to this album around the the time of its release, back in 2010, without much knowledge about its background except for the introduction in the Wikipedia article. One didn’t pay much attention to the music back then, and forgot about it after the first listen.

Through a fortunate twist of fate, One stumbled upon Mike Patton’s voice on television last month while my cousin was watching Crank: High Voltage, and decided to watch the rest of the movie. One found during the credits that Mike Patton had not sung just one song in the film, but composed the whole soundtrack (which is excellent, by the way). One decided to go back home, and listen to more of his solo work and collaborations.

So, one morning, on a bus ride, to a mall where One would eventually do nothing but have a Subway sandwich for lunch, One huddled up in the back seat listening to this album. Listened to the album once; and twice; and thrice… [It was a long bus ride. But nevermind that.] This is just so excellently done. This perfectly captures the feel of drama from the era, without reminding One of the Batman TV show at all. One can easily imagine Oneself sitting in an old club watching a jazz band playing, with guys in white suits at a bar, Godfather Vito and the family Corleone sitting at tables around on the club floor, ladies in red sparkling evening dresses walking about, and the cigar smoke under the ceiling so thick that it looks like a cloud. [It is not a very realistic or coherent picture. But, whatever.] His vocal talent shines through so well here, in all of the songs. One also first thought his Italian accent was an odd one – or supposed to be at least. But, having heard some of the originals, one feels like these songs were meant for only him to sing.

Mike Patton manages to make these songs his own also with doses of his patented creepy uniqueness. Moments like “Deep Deep Down” before the music starts, and the whispering later on, on “Deep Down” give One chills. Then there is the unrelented screaming and shouting on “Urlo Negro”, emphasised further by the contrasting happy-happy bouncy parts. One doesn’t understand what the lyrics mean, but One imagines Mike Patton singing “20 km al Giorno” probably sounds a lot creepier than the original to an Italian – more so than to anybody who doesn’t speak Italian.

Being unlearned in the nature of classical music and orchestral recordings, One cannot honestly comment on the performance of the backing orchestra. One can only state the obvious and say that their performances have been as critical to the music as Mike Patton’s. Also, they are fucking awesome to have done this with Mike Patton, and given us this wonderful piece of cake… uh… music.

It is somewhat incohesive, as is to be expected from a covers album. But it just sounds so well made and is so elaborate that one forgets by the end. Mike Patton shows off his vocal versatility and weirdness with musical composition in healthy amounts on this album, with an orchestra that performs beautifully. In all, this is an excellent compilation of 50’s & 60’s Italian Pop Music, from an alternate universe where Mike Patton is every Italian ever. And it is even better than that sentence sounds to you.

This is a 2012 album of a recorded 2010 performance by Mike Patton and Ictus Ensemble of a 1965 composition of the same name by Luciano Berio, featuring lyrics taken from Edoardo Sanguineti’s 1956 poem Laborintus. Yes.

One discovered this upon reading the recent announcement about Tomahawk’s new album, and deciding to check out what else the crazy bugger has been up to. One got excited immediately upon seeing that it is another classical music piece, with Italian lyrics again. [One had listened to Mondo Cane shortly before this.] So, One rushed to find an online stream, and an online CD sales listing. Of course, the CD would take about a month to be delivered. So, One decided to download it and try it first instead. During a commercial break, One notices weird noises eminating from somewhere behind One’s back. “What the fuck are those squirrels doing up so late in my bathroom window?!” As One heads toward the general direction of the sounds, One realises that the source is One’s bedroom. Screams in foreign tongues spewing forth from the dark shroud of One’s den! “WHAT NECROSED MONSTROSITY OF THE DEPTHS IS THAT?!” Of course, it is this album playing, at about the beginning of the second track. One quite nearly loses One’s supper that night… [One was holding a plate full of food, conveniently over a rubbish bin.]

The recording is about half an hour long, and split into 3 tracks. One doesn’t quite understand the timing of the splits though. The whole thing is pretty much just Mike Patton reading the poem, with weird music as accompaniment. One assumes that that is the point; but it usually feels like it is Mike Patton’s poetry-reading that is the accompaniment. The music itself is quite haunting, abstract, and sparse most of the time, with occassional bursts of loudness; although it was interesting enough for the most part. One has a minor complaint about the volume of the mix though – it’s too low at times for One to hear. [One usually listens to music on One’s phone.]

Listening to the album can indeed be taxing on your patience despite its short length, especially if that is the only activity you are undertaking. Therefore, One suggests that you to listen to this while on a late night walk; or while sharpening a large batch of pencils with a hand-powered sharpener in preparation for battle with your foes. If you choose to go on a night-walk, One suggests you to sharpen a couple of pencils anyway.

Of the two albums, One certainly likes Mondo Cane more. But, that might just be because it is more accessible by design, and divided into shorter disjointed segments they call “songs”. On the other hand, Laborintus II feels more in place alongside other works by Mike Patton. In case you are still wondering why One chose to talk about these two albums in particular, it’s because these are the only ones involving him that One has listened to in the past few months. Anyway, have fun; but wear protection.