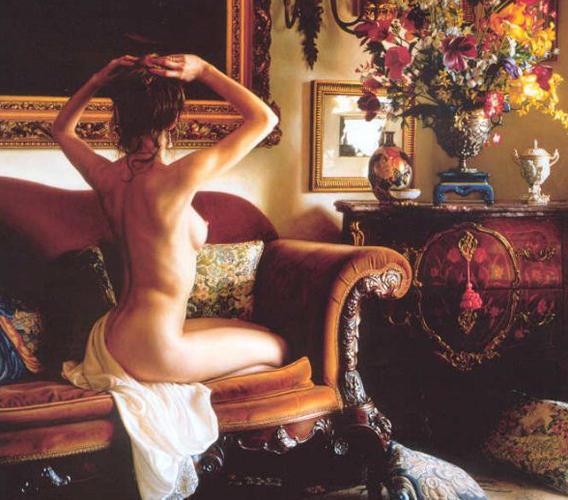 In this piece I’m following up on a discussion that began in the Comment section of one of yesterday’s posts.

We’re in the middle of that time of year when metal sites (and cross-genre sites) publish lists of the year’s best albums. I suspect the initial reaction of most people when they see these lists is to agree or disagree based on whether they liked or disliked albums on the list, or whether the list omitted some of their favorites.  Of course year-end lists can also be really useful as a guide to new music that people might want to check out for the first time.

But let’s take a step back and ask a highly relevant question. In fact, it’s so highly relevant that maybe writers who create lists should be answering it explicitly when they announce their picks:  What makes an album one of the year’s best? The Comments in yesterday’s posts suggested some different ways of answering that question.

Using 2012 old-school death metal releases as an example, one commenter wrote: “They may sound pleasant to our ears, yes, but most of it just ain’t gonna cut it for ‘Best of’ lists, because ‘Best of’ lists ought to honor bands that have at least pleasantly surprised most seasoned extreme metal listeners by pushing the boundaries of their chosen genres or coming up with unique crossovers done thoughtfully and musically coherently.”

To me (and some other commenters), that seems unduly restrictive. The truth is that not many bands in a given year successfully pull off such feats, and even when they do, that doesn’t necessarily mean their albums are going to be among the best of the year.

Believe me, I understand the attraction of music that’s new and different. Especially if you spend a lot of time listening to new albums, something that doesn’t sound quite like anything else tends to grab your attention. And on top of that, I suspect that some music critics, either consciously or subconsciously, like to praise albums that push or cross boundaries as a way of showing how refined and discerning they are as critics. Just getting sustained enjoyment from an album doesn’t seem to be enough.

On the other hand, the fact that an album is widely enjoyed and extremely popular doesn’t necessarily make it one of the year’s best either. I don’t know of any way to find out what the bestselling metal albums of 2012 are, given the vast number of ways in which fans acquire music these days. But in this respect I doubt that metal is any different from any other genre of music (or entertainment more generally):  “most popular” does not necessarily mean “best”.

Here, from The Font of All Human Knowledge, is a list of the highest-grossing movies of 2012 to date:

Are these the 10 best movies of 2012? I guess it depends on who you ask, but I sure don’t think so. There are some vey entertaining movies on this list, but I wouldn’t call any of them one of the 10 best of the year.

I’d like to think that metal fans are more discerning about music than the average moviegoer is about movies, but I believe the point is still a valid one: Even in metal, “most popular” doesn’t necessarily mean “best”.

So if being “unique” music that pushes boundaries is too restrictive a criteria and being widely enjoyed is not restrictive enough, where does that leave us? Is there a place on a “Best of” list for albums that don’t break new ground or push the envelope and yet deliver music that’s extremely well-written, very well-performed, and highly memorable?

I think the answer is Yes. In fact, I think a decent argument could be made that an album is worthy of Best of Year status even if it’s not highly memorable. You can become so thoroughly overwhelmed, torn down, turned inside out, altered at your core, by an album that it becomes a landmark in your existence, and yet be unable to repeat the songs in your head a week later.

Having said that, I do agree that the best albums in a year are generally those which are also most memorable. Creating metal that really establishes an emotional connection and stays with you is not easy — if it were, many more bands would succeed in doing it. And generally, if you can’t remember much about an album, or how it made you feel, a month or two after you’ve heard it, it’s tough to say it was one of the year’s best.

Here’s another question that seems relevant to this subject: To what extent should personal taste enter into the creation of a Best of Year list, and is it even possible to divorce personal taste from the decision? For example, if I were to make a Best of Year list, you would see no power metal on it. Why? Because I don’t really enjoy power metal. And because I don’t really enjoy it, that means I don’t feel qualified to judge what’s best in the genre, and I would have a very difficult time comparing it to the best albums in metal genres that I really DO enjoy.

I suppose this kind of problem could be handled in the way Best In Show winners are supposedly picked at the Westminster Dog Show. How do you pick between a Great Dane and a Shih Tzu? As I understand it, the judges try to pick which dog is the most ideal representation of its breed. You might not care for Shih Tzu’s generally, but in a given year you might be able to decide that the best Shih Tzu entrant better represents its breed than the best Great Dane in the competition.

Frankly, I still don’t see how it’s possible to do this, i.e., to filter out personal tastes, to compare apples and oranges, and to reach something like a truly objective comparison of albums across a wide range of musical styles. I know this question is addressed in academic literature on criticism — none of which I’ve read, because I’m just a half-assed metal blogger. However, it does seem like an important question.

But look, I didn’t write this post just to express my own thoughts on the subject of what criteria should be used in picking a group of albums as the year’s best. In fact, as you can tell, my own thoughts on the subject aren’t fully formed. The main reason I went down this road was in hopes of getting a discussion going — or rather extending the discussion that began yesterday.

So, what do you think makes an album worthy of “Best of Year” status? When you think about your own personal list of what you thought was the best of what you heard, what caused you to pick certain albums and not others? And are there albums you would name “Best of the Year” that are neither ground-breking nor unique nor envelope-pushing but are just really well done? In deciding what metal to track down, what makes you give weight to some Best of Year lists you see while ignoring others?

P.S. If you’re wondering why I put that painting at the top of this post — other than for the obvious reason — its title is “Interlude”. The artist is Douglas Hofman.

42 Responses to “A LISTMANIA INTERLUDE: WHAT MAKES AN ALBUM ONE OF THE BEST OF THE YEAR?”