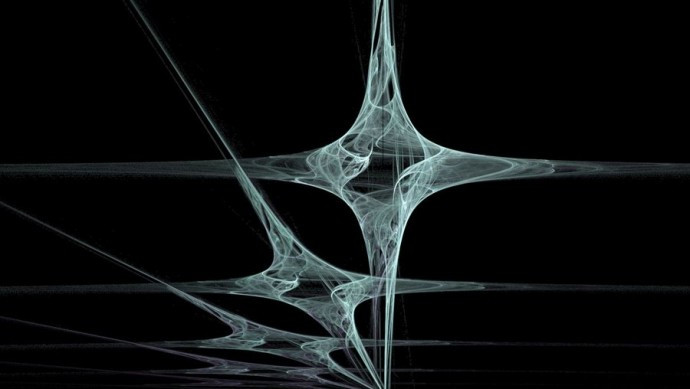 The small mall where I awoke in a puddle of my own green and red vomit was playing the most dreadful MIDI Christmas music, which is a little redundant but whatever. Half of my face was covered in what I assumed had once been the contents of my stomach. I wondered briefly what I had eaten to produce such ghastly vomit, but the appearance of mall security distracted me.

The security guards were both older men…probably in their sixties, I would have said. They smelled like cheap Asian cigarettes, black coffee, and unwashed armpits. I gurgled pathetically in answer to the rapid-fire questions of the first one to reach my side. He gave his partner a look of annoyance and made sharp, shrill clucking noise like a semi-brain-dead chicken attempting to sing a power metal song.

As they conversed in a regional dialect that sounded like a combination of Chinese, Japanese, and angry German Christmas carols, I let my head take a rest from trying to deal with reality and enjoyed the simple warmth of the vomit. After a few moments, though, I noticed a sharp, jabbing pain in one of my butt cheeks as if miniature miners were trying to dig straight through my ass to my colon in search of shit ore. 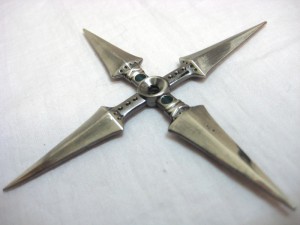 After a few moments of internal deliberation more hotly debated than the OJ Simpson trial, I begrudgingly reached back and shoved my hand into my ass pocket, pricking my finger on the tip of something sharp. Concerned that I’d somehow ended up with some sort of illegal weapon, I flopped over onto my back, shoving the sharp metal further into the side of my ass.

I gritted my teeth and slowly pulled it out of my pocket before rolling over once more to surreptitiously sneak a look at whatever it was violently molesting my ass. Peeking into my cupped hand, I found a…shuriken?

What the…where the hell did this come from? I thought to myself madly, not entirely sure if these were illegal in Tokyo or not. I’m not familiar with the Swords and Firearms Control Law…but it seems like they should be illegal…right? Or not? Or…

I realized that the security guards had noticed my attempts at human-like movement and were slowly closing in, so I slid the shuriken into my front pocket and gurgled some more.

They poked me with the tips of their shiny shoes and, after I’d made morose noises for a few more minutes, called an ambulance.

In the ambulance, I ignored the paramedics and tried to sort out what had happened.

I reached out and grabbed the shirt of the nearest paramedic, who, I couldn’t help noticing, did not seem to be giving his 100% concentration to my condition as he tapped furiously on his cell phone. The ambulance hit a bump, tipping his phone towards me, giving me a glimpse of the screen.

The fucker’s texting his goddamn girlfriend! I realized angrily. But I had bigger things to worry about and simply demanded to know the day of the week. 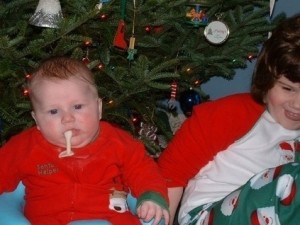 His answer, “Monday, you stupid fuck,” was not encouraging. That meant it was now almost Christmas, which meant that something horrible was surely about to happen. But I didn’t have the chance to speculate on what, since that was when I was knocked out by falling medical supplies.

I awoke with a start in a hospital emergency room bed, the sickeningly pale curtains pulled tightly shut to afford me some privacy. I looked around and realized a few things in rapid succession. First, I was now in a hospital gown. Second, my clothes, which were draped politely over a chair, were covered in all manner of body fluids—only some of which seemed to have come from inside of me. And third, my body was covered in hideous, pock-mark-shaped rashes.

A feeling of calm finally washed over me when I saw the IV lines supplying my body with various liquids (none of which I could identify; I was just happy to have them). I still wasn’t sure what had happened, but at least…

“Oh, fuck,” I said with the realization that I’d not yet gone Christmas shopping for my fiancee. Maybe she’d like a ninja star, I thought, and then suddenly wondered if the paramedics had found it when they stripped me and, if they had, if the cops were on their way to have a little chat with me. I better come up with a better excuse than ‘I was holding it for a friend.’

At that exact moment, the curtains were ripped open by a young but ugly doctor. His nose was the wrong size for his face, his eyebrows were entirely too bushy, and his lips were overly thin. His hair looked as if it had been made of pubs plucked from the raw loins of screaming children and his glasses were the exactly worst color of brown. The scars of teenage acne still marked his face like rabbit footprints through fresh snow.

The bulge in his pants, however, looked like someone had tried to shove a donkey into a chihuahua’s carrying case.

“Hello,” the doctor said with a vacant smile in a low, raspy voice.

The voice rung bells and warning alarms of every kind in my head—though I had no idea why. But I felt bad for his nasty face, so I tried to give him the benefit of the doubt. 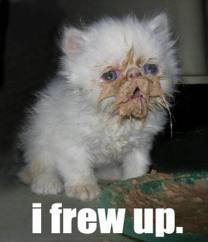 “Hi?” I squeezed out of my throat, trying to smile. The taste of the vomit still lingered in my mouth, though, and I found it difficult not to retch again.

Still smiling, he walked to my side, glanced at the IV lines and the medical equipment that looked very important and expensive, and then turned to me and put his hand on my shoulder.

“I wonder if I might ask you a few questions about your weekend,” he said in the creepiest way possible—as if he were a Mickey Mouse mascot at Disneyland asking a small child if he would “like a taste of Mickey’s special cheese.”

When I hesitated to answer, the doctor dug his fingers into my shoulder as if they belonged to a world champion arm-wrestler. It sounded as if bones were grinding beneath the skin, but just as I was about to let out a scream, he produced a scalpel, as if from nowhere, and held it under my nose.

His smile never wavered, even after I shat the bed and my penis sucked up inside my body so fast it felt like I’d been kicked squarely in the dick by a stiletto-wearing Thai kickboxer on PCP.

“I…I don’t know! I can’t remember anything!!” I said with tears of pain and shame rolling down my cheeks.

He shoved the scalpel into the septum of my nose, cutting through cartilage, and pulled it out to hold against my eye. This time I let out a little scream before I could stop myself, and the bulge in his pants stirred like a grizzly bear shifting in its slumber. 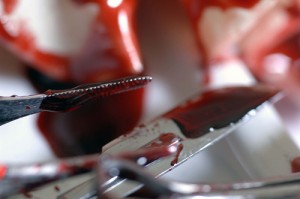 I took a deep breath, looked at his face, and then hocked a loogie right between his eyes. He dropped the scalpel on the floor and I tried to roll away like a keg of beer rolling down a flight of stairs. But I had barely moved a centimeter before something…warm slapped onto the back of my head. It was hefty and sticky and it oozed over my skull, seeping into my skin and melding with it like glue soaking into fabric.

I yelped with surprise, but when I reached back to try to swat it away, something else wrapped around my arms, legs, and torso, pinning me to the bed. The oozing weight sucking on my head held my face back, forcing me to stare into his oily black eyes like a child staring into the face of a giggling, dancing, balloon-making, zombie clown as it chewed on someone’s grandmother’s withered leg.

He didn’t even bother to wipe the loogie away, and instead smiled vacantly at me as my own spit slowly dribbled back onto my forehead.

“Look, I’m sorry, but I don’t remember anything! I just woke up vomiting red and green crap in the middle of a mall! Who are you?? WHAT DO YOU WANT??” I was positively shocked my screaming hadn’t gotten the attention of anyone else…but probably they’d just figured I was another run-of-the-mill mental patient having a freak out.

The doctor sighed but the smile stayed plastered to his face like the mask of comedy.

“Fine. Let me help you remember the important part,” he said pleasantly before bending to pick up the scalpel and then stab it into my thigh. As I cried like a house cat having sex with a tiger, he took a step back, leaving the scalpel stuck in my leg, and slowly lowered his fly.

I found both good news and bad news waiting tucked behind his off-brown khakis. 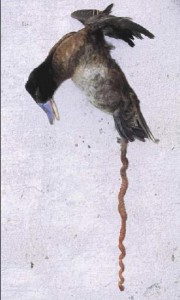 The bad news was that he had chopped off the penises of various ducks, pigs, and dogs, sewed them in a writhing, phallic ring around his own lacerated and scarred penis, and then trained them to be his third, fourth, fifth, sixth, and seventh arms.

I had screamed like a frightened child in a horror film before that…but never so loud and never so honestly. My scream was cut short when one of the squirming duck penises shoved itself into my mouth like a drunk redneck plunging his half-erect man-child penis into his wife’s blubberous belly button.

It was warm and gooey and sticky and tasted like what one would expect of something that been inside a duck’s vagina. It darted around in my mouth for a bit before slithering up through my nasal cavity to tickle my brain. My vision blurred and my right eye felt as if it were spinning a full 360 degrees around in my head. The doctor groaned a low baritone for a moment, his smile momentarily replaced with an open-mouthed gasp, before retracting the duck penis from my head.

Despite my revulsion though, I soon found my head awash with numbness—as if I had been drugged with a truth serum or placed under magical hypnosis—and my body simply stopped responding to my pleas to fight, to struggle, to avoid a nasal visit from the dog cock.

But, for once, my fears were not realized.

As my body slipped further and further from the grasp of my control, the doctor leaned close to my face, his vacant smile filling up the whole of my vision like the set of a dying sun.

The doctor let out a wicked laugh as he held the shuriken up and stared at it lovingly.

“Bwa-hahahahaha! Now, take me to the Toy Maker’s home!” he screamed and flung the throwing star at the curtain. To my astonishment, it tore not through cloth but through time and space. I could just make out a snowy scene with a cozy, well-lit workshop huddled between pine trees.

The doctor blew me a kiss and stepped into the wormhole, sealing it shut behind him.

To my relief, the tentacles melted and splashed across the floor like an over-turned Jamba Juice. To my disappointment, that was when the cops and the hospital administrators arrived, demanding to know what havoc I’d wrecked upon the place and how I planned to pay for it.

(If you actually enjoy this linguistic dirrhea, you can read more stories from Phro on a weekly basis at Phro Metal.) 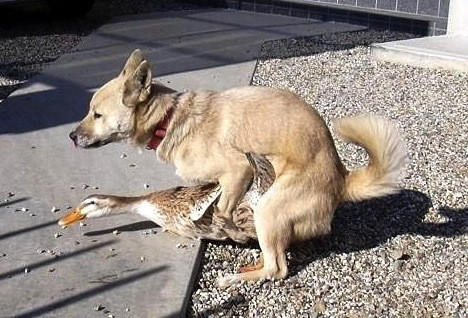