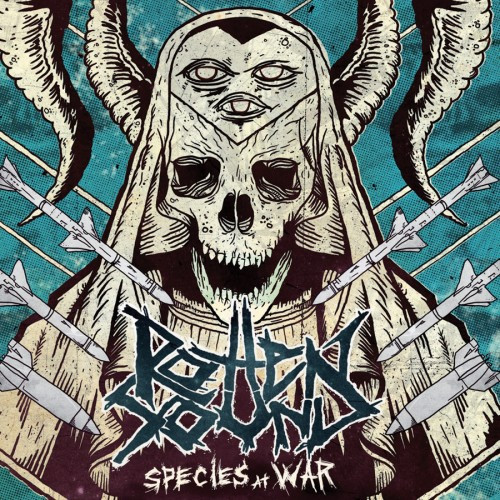 Rotten Sound’s new six-song EP Species At War is scheduled for release by Relapse Records on January 22 in North America. Yesterday TheMadIsraeli and I had the privilege of listening to the EP, and after calmly reflecting upon it, we each had some thoughts about the experience that we wish to share with you.

Some collections of music serve as nothing else but a vessel through which the hand of God himself smites you with a swarm of cannibalistic locusts with teeth soaked in battery acid.  This EP is literally the sonic equivalent of being punished for your sins.

I mean, you think you’re some tough motherfucker right?  You ain’t above punchin’ rats.  You don’t give two fucks.  I’m afraid, however, Rotten Sound begs to differ.  From the opening salvo of “Cause”, which turns itself into weaponized audio, filling the listener full of holes and eventually obliterating you like an AA12 (for those who don’t know, that’s a fucking fully automatic shotgun), Species At War serves more as an epic-length single song by grindcore standards, split into parts, eight minutes in total of total fucking… I don’t even.

First must-own EP of 2013. Get it. We all deserve this kind of beatdown once in awhile. 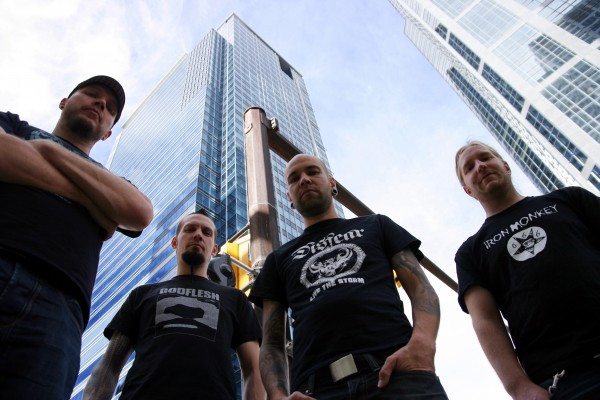 Massed ranks of machine guns blasting away at a merciless rate of fire. The groaning rumble of a demon tank battalion crossing a plain of skulls, the gears grinding in a deafening roar accompanied by the crunching sound of bone being crushed. Maniacal golem foot soldiers hoarsely howling their war cries. The shrieks of winged berserker things diving upon their prey from night skies lit up by fiery explosions below.

Those are among the images that sprang to mind as I listened to Species At War. It does sound like the recording of species at war, but it doesn’t sound like homo sapiens is one of the combatants.

Rotten Sound employ a massive, grinding, distorted guitar and bass tone and varying rhythms that alternately stomp like giants and charge like mechanized cavalry. The vocals rise in harrowing shrieks and fall into jagged roars. The sound is obliterating and galvanizing, a short sharp shock to the system.

Listening to this once is not nearly enough. On the other hand, after listening to it five times, I believe something has come loose in my head.

Two tracks from the album are now streaming. One of them, misleadingly entitled “Peace”, debuted yesterday at MetalSucks at this location.  The other, a lyric video for “Salvation”, can be seen and heard below. The album can be ordered in physical formats here.

UPDATE!  As of today (Jan 14), the entire Species At War EP is streaming at the Inferno site, which can be reached via this link: