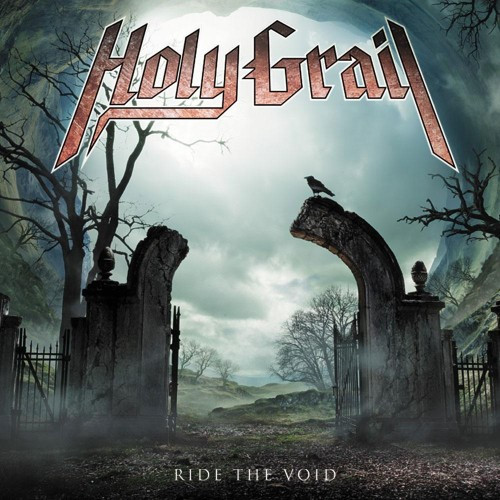 (DGR reviews the new album by California’s Holy Grail, which will be released in North America on January 22.)

A solid chunk of time has passed since Holy Grail’s last release Crisis In Utopia. That was a pretty good piece of old-school-flavored metal that tried to bring in some heavier elements but never enough to really stray from sounding like a modern-day throwback. It was thrash by people who loved it and were able to craft a very good product that could stand right alongside their favorites.

Ride The Void – which had its European release on January 18th this year – is the group’s second full-length in a discography that also includes a smattering of EPs and single releases along the way. There have been some minor line-up changes, but overall the core of the band has remained the same.

This time the group have taken advantage of the close to three-year gap between releases to write a ton of music. Ride The Void comes in at thirteen tracks (fourteen if you get the bonus) of solid, retro-flavored without falling too far into idol worship, thrash music.

Thirteen songs is a lot, so it’s fair to ask whether it’s worth your time to check these guys out? Is it thirteen songs of wind rushing through your ears or is this a good opportunity to look into Holy Grail? 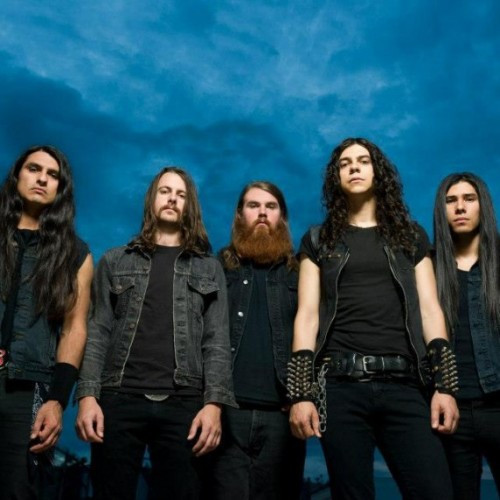 It’s an easy yes with Ride The Void. And if you’re new to how Holy Grail do things, you needn’t worry about going back to earlier releases because the material on Ride The Void is a solid primer on everything they do.

It’s also some of the best songwriting they’ve yet accomplished, which should be welcome news if you enjoyed Crisis In Utopia but thought some of the songs dragged. Each tune here maintains a solid pace, and even the sparse instrumentals go by quickly, feeling more like extended openings to actual songs than full-on compositions of their own.

Those instrumentals are solid too, but the real meat of Ride The Void lies in the guitar work and singing – backed by a solid as hell rhythm section. The drumming sounds especially good. It’s nice and beefy and serves well with the bass guitar as a foundation on which everything else can rest on top and shred away to their heart’s content.

Holy Grail bring a heavy focus on melody, even more so than some of the groups who could be counted as inspirations. Because of that, when a song gets its claws in you, it’s almost impossible to deny how catchy they are. A few that stick out are the title track “Ride The Void”, “Bestia Triumphans” and it’s instrumental opener (the second song on the disc, so you won’t have to look far to see what I mean), “Sleep Of Virtue”, and “Crosswinds” – which I’ll yack about more in a bit. They all have very powerful choruses that, alongside the guitar riffs, seem to just burn themselves into your skull.

James Paul Luna has one of the most likeable singing voices I’ve heard in recent years. It seems like a lot of these groups who try to meld an older retro-flavored style with the sensibilities of the more recent metal scene tend to fall a little short on the vocal front. Putting aside the people who just can’t sing at all, even when you do find somebody who has range, reactions will still vary.

I like Luna’s singing voice and think it is very approachable. He can carry a good melody and never seems to be trying too hard to hit any notes. He has a solid range and will occasionally do some yelling alongside the rest of the group. Guy really does carry a hook on Ride The Void – especially on “Crosswinds”. I wouldn’t be shocked if that were released as a single, because the thing is still stuck in my head and is one of my favorite songs to go back to.

The core of Holy Grail’s trinity still remains heavily invested in the guitar work. Although that should seem like a given in this band’s chosen genre, they demonstrated on Crisis In Utopia that they could write some really great melodies and solos and they continue playing to that strength on Ride The Void.

The addition of guitarist Alex Lee (ex-Bonded By Blood) in 2011 has complemented guitarist Eli Santana very well and there is a ton of interplay between the two of them. A good example would be the title track and how the melody just seems to loop back and forth – but the whole CD is made up of stuff like this. If you believe in metal with a hefty amount of guitar worship, then Ride The Void should probably be in your collection already.

Even though I’ve made much of the number of songs on Ride The Void, the band do well to make the fifty-three some odd minutes you spend with them feel like they’re going by quickly. Each song is incredibly interesting; they know how to keep a listener locked in place.

Holy Grail have managed not only to build upon an already impressive effort in Crisis In Utopia but also to top that disc. It still feels lean, and the band seem even hungrier this time around. The only time they really slow down is for the album closer “Rains Of Sorrow”, but even that song is relatively upbeat. There’s nothing too overtly heavy here, so the more cvrmvdgeony folks here may not dig too much on it, but if you’re looking for a disc that can rock and thrash, then Ride The Void should be a great opener to 2013 for you, as it has been for me. It demonstrates that this style of music can be done without playing into the hokier tropes that so many other bands use. It definitely achieves its goal of blending older styles with the current day and it does it well.

EDITOR’S NOTE: Ride The Void can be pre-ordered here, and the band’s Facebook page is at this location. The official lyric videos for two songs are below, but the entire album is currently streaming at DECIBEL.