(Our man BadWolf is trying a new review format with these quick takes on new releases by Portal (which I reviewed at length here yesterday), Head of the Demon, and Shai Hulud. Leave a comment and let us know what you think of this idea.)

By this time many of you are already familiar with Australia’s Portal. They play a technical, alienating brand of death metal, a bit like Pyrrhon but sludgier, with more blunted riffage. The band’s imagery–hooded members and vocalist wearing a clock on his head—made a big splash at Maryland Deathfest. So big an impact, in fact, that I’d wager more people are familiar with the band’s image than their music—Portal is the only death metal band I can say that about, come to think of it. I found their 2011 album, Swarth, pretty unremarkable—another substance-free death metal record that sounds like it’s coated in mucus. That Swarth came out on Profound Lore, normally the best label I can think of, irked me more.

Now Portal’s back with Vexovoid, and maybe I was wrong to dismiss them. A little clarity in the production really shows off the technical aspects of their music—my inner Deathspell Omega fanatic did a little backflip while listening. I especially liked the song “Plasm,” which opens with a flurry of hypnotic blasting,  then degenerates into foghorn distortion. I still hold some qualms: the titles and vocals still sound essentially like word-vomit, and Portal are aware that HP Lovecraft wrote fiction, not prophecy, right? Still, Vexovoid impressed me enough to warrant giving Swarth a second chance. 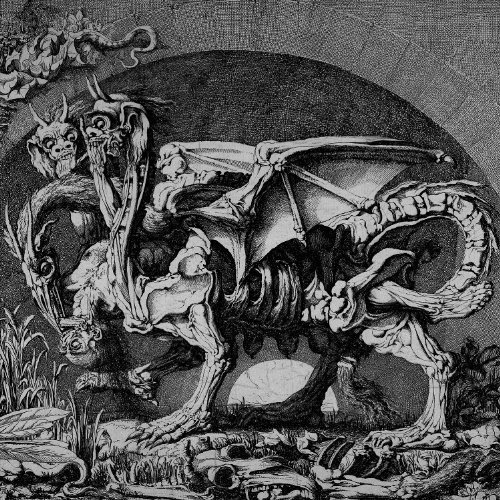 The Ajna Offensive always puts out quality material, and never fails to surprise. After reading their press release, I expected Head of the Demon to be a blasting blackened-thrash-rock onslaught, maybe something like Midnight with some more doom elements. What I got was a unique blend of retro and modern metal styles. Head of the Demon remind me in some ways of gritty retro-rock bands like Uncle Acid and the Deadbeats, or a less plush take on recent Electric Wizard. Their vocalist (is everyone on Ajna hell-bent on anonymity?) rides somewhere between the styles of Venom and Deathspell Omega—creepy, but very decipherable.

Head of the Demon’s songs come together like snippets of short horror stories narrated over garage rock gone kvlt. A light sheen of organ hangs in the atmosphere, barely perceptible but necessary to the effect. The songs meander, but the overall effect is so captivating that I gladly listen. Still, Head of the Demon is at its best when the groove kicks in and more structured songs take form, such as “The Lie in Wait—Riding the Waste,” or “The Man From Foreign Lands” (listen close for a not-so-subtle Metallica interpolation there). 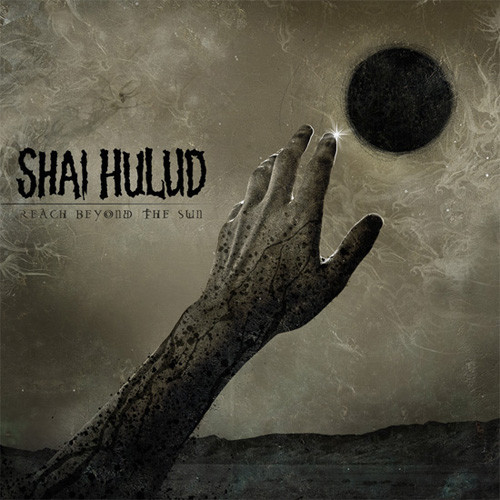 Shai Hulud – Reach Beyond the Sun

I grew out of my melodic metalcore phase before I checked out Shai Hulud. Normally I wouldn’t bother with this record, but I know they maintain critical credibility, and never flooded the market with material. Plus, they’re named after the sand worms from Dune, my favorite novel, so that’s a plus. I went into Reach Beyond the Sun with no prior knowledge of their discography.

What I found was surprisingly listenable. Shai Hulud fall more on the Darkest Hour side of melodic metalcore than the Atreyu side, and at least on Reach Beyond the Sun use a lot of old school punk and thrash tools—lots of gang-shouts and D-beats mix with the At The Gates-Meets-Fugazi sound we all know so well. The breakdowns are brief, and creative. Sure, Shai Hulud do a bunch of shit that irks me, like histrionic pleading vocals and overly sentimental self-help book lyrics—I recall somewhere that Shai Hulud is Christian?—but the music pushes deep enough into the redline that my neck hurts. Color me pleasantly surprised, just next time less Corinthians and more Revelations, please.

6 Responses to “BARKS AT THE MOON – BRIEF REVIEWS”