(NCS writer TheMadIsraeli, who is not exactly an ardent fan of black metal, has found a black metal band from South Africa that has captured his affections.)

Black metal, I think it’s safe to say is one of THE most over-saturated sub-genres of metal EVER, or at least that’s what my personal experience tells me.  I’m sure those of you who pirate can agree with me. Go on any torrent site that deals in music specifically, and under metal you’ll see five black metal albums for every album of a different genre.  That may be understandable, considering that most of it is plain boring dreck that’s only been made possible by the advent of home recording.  We live in the age of the bedroom musician; sometimes it hurts my soul even thinking about it.

Don’t get me wrong, sometimes those projects turn out to be good, even great.  However, for me nothing beats a unit of musicians uniting to create wondrous audio ecstasy.  Black metal is a style that, in my estimation, especially benefits from the organic nature of a BAND writing the music, especially given the last decade where the best black metal seems to have relied on an intense layering of textures — when the bands aren’t taking an outright savage approach.

This is all by way of preamble to Crow Black Sky, an interesting discovery that I’m pretty sure the NCS readership will be able to get behind. 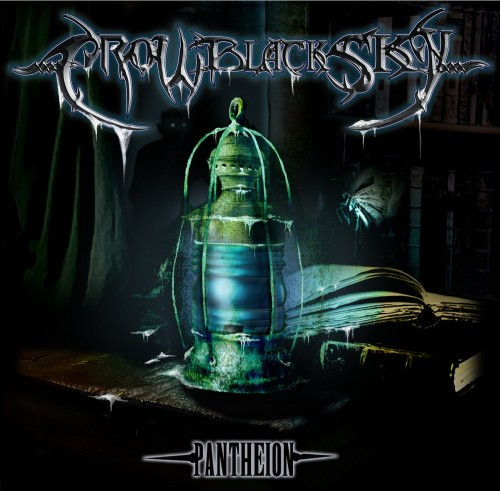 Crow Black Sky are a deceptively layered band.  Although the core of their sound is definitely rooted in the semi-melodic synth-laden majesty of bands such as Emperor or early Dimmu Borgir, they contain traces of melodic death metal, death metal, progressive tendencies, and doom metal as well.  The result is quite savage, while maintaining an air of dignity about that gets your adrenaline surging.

The stylistic motifs are quite varied. Whether they come from an old-school blistering wall of noise aesthetic, thrashy throwbacks, technical showcases, or slogs through fog-filled morbidity, Crow Black Sky feel very relevant in a genre I often have a hard time giving attention to anymore.

Their debut and only album thus far, Pantheion, is quite excellent and I highly recommend people check it out.  The band is admirably, purely DIY.  You can get the album for free over at their official website down below, or at Bandcamp, where it’s a “pay what you want”.

6 Responses to “BANDS YOU NEED TO HEAR: CROW BLACK SKY”