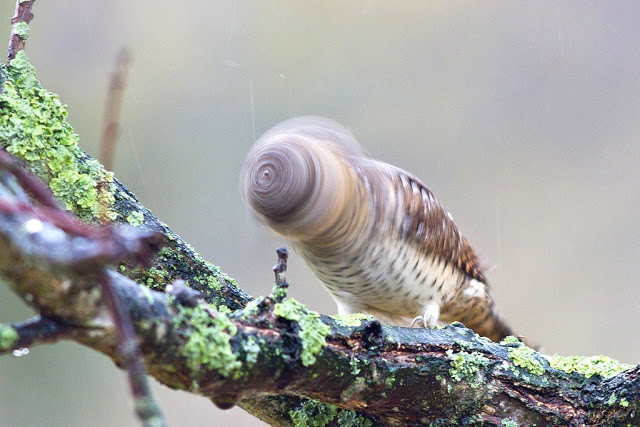 To those of you who celebrate the day, whether for pagan or Christian reasons or just because you like watching kids hunt for Satan’s nuts in the shrubbery, Happy Easter.

It’s time for another edition of this series, in which we collect photos, videos, and news items that make us exclaim, “Shit! That’s metal!”, even though they aren’t music. In today’s installment we have seven items.

The first item is the photo above. It’s a weird kind of woodpecker called Jynx torquilla, colloquially known as the wryneck. Why is this metal? Well duh, because this bird fuckin’ knows how to windmill!

Only problem is that it seems to have only one speed — blazing fast. It would probably draw stares at a stoner/doom show.

Okay, it would probably draw stares at any metal show. I bet if it were bigger it would clear out a pit in a hurry though.

The Font of All Human Knowledge provides this additional info about the wryneck: “These birds get their English name from their ability to turn their heads almost 180 degrees. When disturbed at the nest, they use this snake-like head twisting and hissing as a threat display. This odd behaviour led to their use in witchcraft, hence to put a “jinx” on someone.”

I looked for video of the wryneck, and I gave up before finding any clips of the corkscrewing motion, but I did find reason to conclude the wryneck would do just fine at a stoner/doom show. 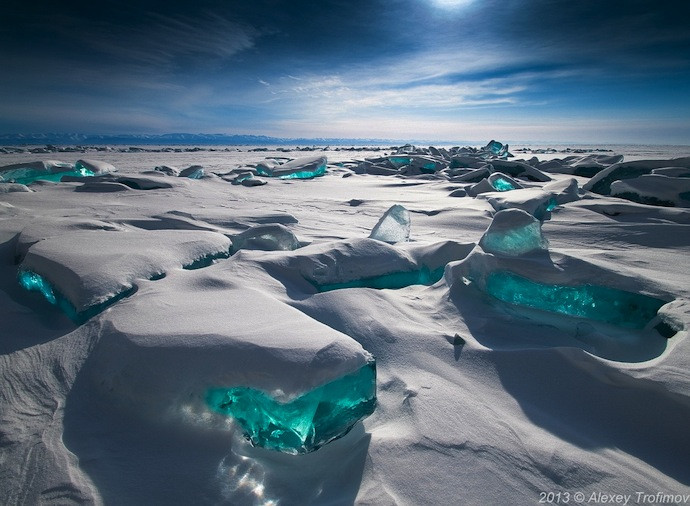 Above is a photo taken this winter at Lake Baikal in southern Siberia by Alexei Trofimov. The Font of All Human Knowledge tells us this about the lake: “Lake Baikal is the most voluminous freshwater lake in the world, containing roughly 20% of the world’s unfrozen surface fresh water, and at 1,642 m (5,387 ft), the deepest. It is also among the clearest of all lakes, and thought to be the world’s oldest lake at 25 million years.”

That’s a lot of fuckin’ superlatives for a single lake — biggest, deepest, clearest, oldest. The fact that fractured frozen chunks of it refract eerie green light in the winter time is a bonus. Also metal.

(via English Russia and TYWKIWDBI) 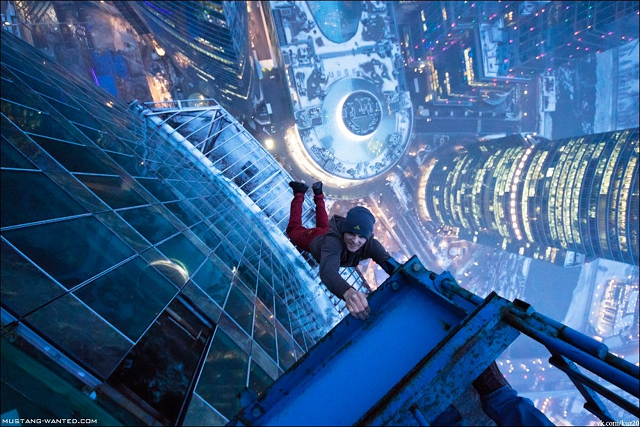 Non-musical things can be metal for many different reasons. For example, because they are batshit insane. Like this Ukrainian dude whose moniker is “Mustang Wanted” — he is batshit insane.

He enjoys dangling or balancing himself from great heights without a net. Just looking at that photo makes me dizzy. Here are some more: 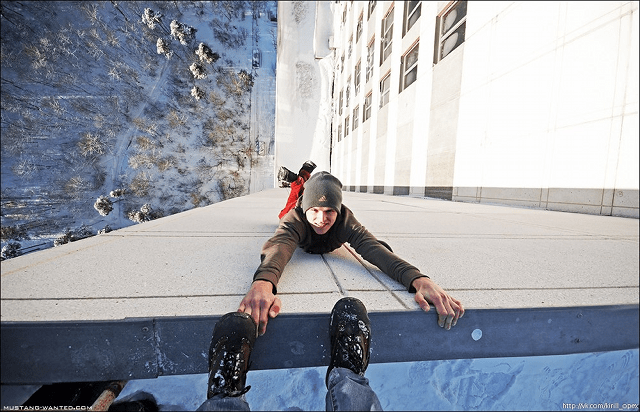 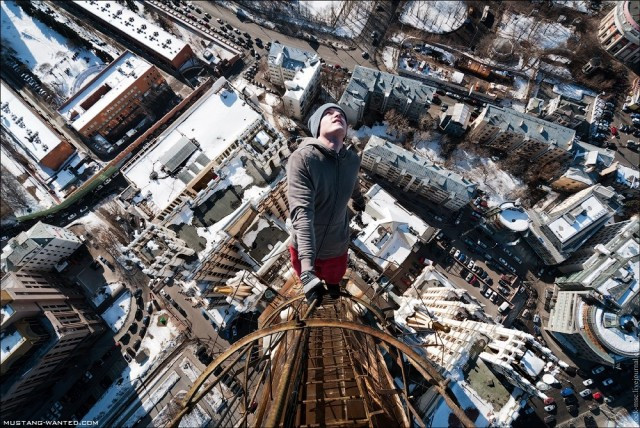 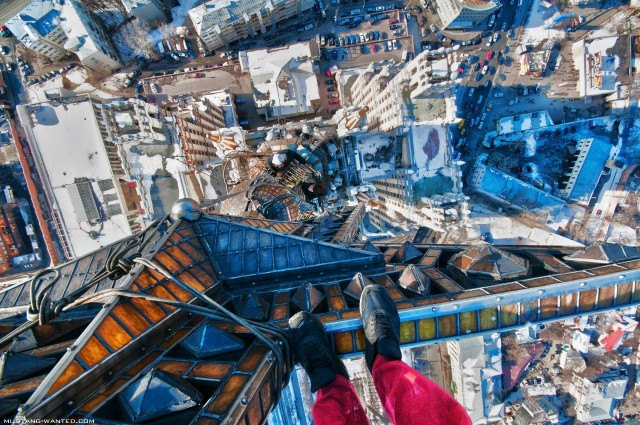 More nausea-inducing pics can be found at this location.

And here’s a video, too. This made me go wee-wee in my pants. Honestly, I couldn’t finish watching it. 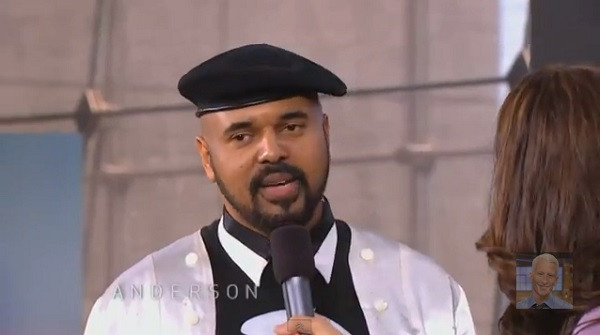 D. Westry is a speed-painter. In the following video he creates a painting in a minute and a half. If you haven’t seen this before, I promise that you won’t be able to figure out what he’s doing until the final second. Definitely metal — and not because Sharon Osbourne is on the panel of judges. 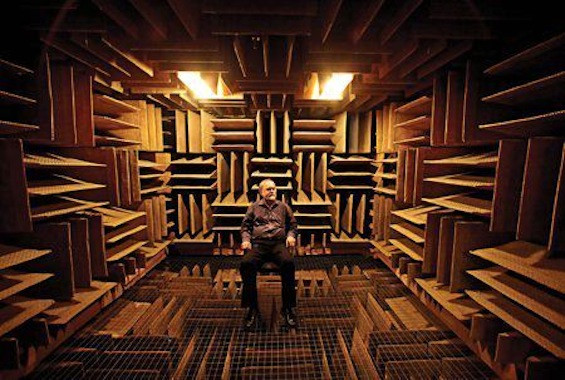 This next item is billed as “The World’s Quietest Room”. According to this status on Facebook:

Scientists at Minneapolis’ Orfield Labs created their own soundless room, an anechoic chamber. Their studies have found that when putting subjects within the chamber, they begin to hallucinate within 30 minutes.

With an average quiet room having a sound level of 30 decibels, the anechoic chamber’s sound level is -9 decibels. The ceiling, floor, and walls of the chamber absorb sound rather than have it bounce off as normal objects do. The chamber is so quiet that the subjects can even hear their own organs functioning.

Although extremely interesting, the experience is rather unpleasant. Not one subject has spent more than 45 minutes in the chamber alone. Leaving a person to only their thoughts, the chamber could drive them insane.

The “driving insane” part sounds like an exaggeration. Now if they’d played the “Top Singles” on iTunes for 45 minutes in the room, I could believe it.

There’s video about this contraption, too:

(via ATS and Brooklyn Vegan) 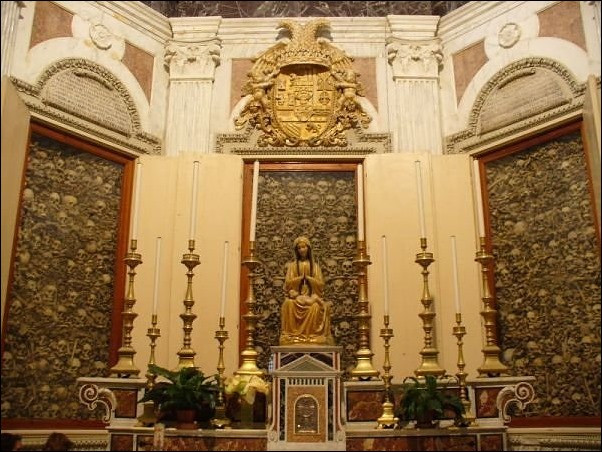 According to The Font: “An ossuary is a chest, building, well, or site made to serve as the final resting place of human skeletal remains. They are frequently used where burial space is scarce. A body is first buried in a temporary grave, then after some years the skeletal remains are removed and placed in an ossuary. The greatly reduced space taken up by an ossuary means that it is possible to store the remains of many more people in a single tomb than if the original coffins were left as is.”

The ossuary pictured above is within the Otranto Cathedral in Italy’s Apulia region. Imagine looking at that shit on your sojourns to mass. There’s an interesting story behind it.

In the year 1480, Otranto was  invaded and captured by the Ottoman Empire. On August 12, 800 citizens were taken to the hill of Minerva, now called the Hill of the Martyrs, and beheaded because they refused to renounce their Catholic faith. Their remains were taken to the cathedral and the skulls became part of the backdrop to the altar. Brutal. 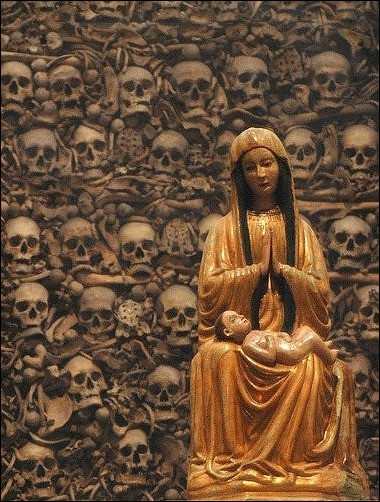 There are a bunch more photos of bizarre European ossuaries at this location. Oh hell, let’s put one more right here. This is the Skull Chapel in Czermna, Poland: 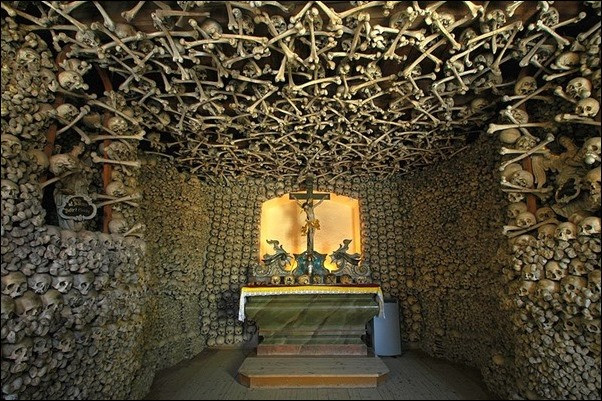 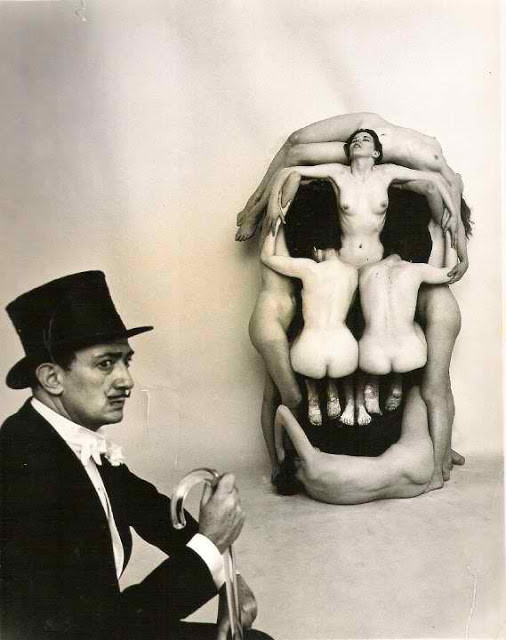 And while I’m on the subject of skulls, let’s turn to this final item, which I posted on the NCS Facebook page yesterday. It seems to have been widely noticed there, but I know a lot of you don’t mess with Faceboo, so I’m putting it here, too.

The image above is of Salvador Dali and a skull he created using materials not found in most art supply stores.

And the image below is the poster for Silence of the Lambs, a movie I’ve seen about 100 times because it’s one of my wife’s favorites; I like it a lot, too. I learned yesterday, to my amazement, that the skull on the death’s head moth in the poster is a photo of Dali’s creation. There’s a blow-up at the bottom which makes this more clear. 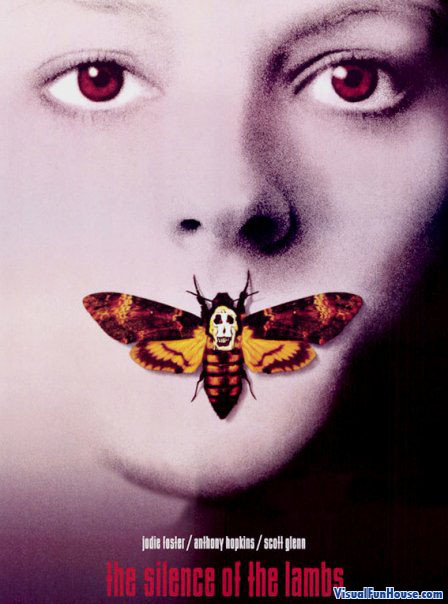 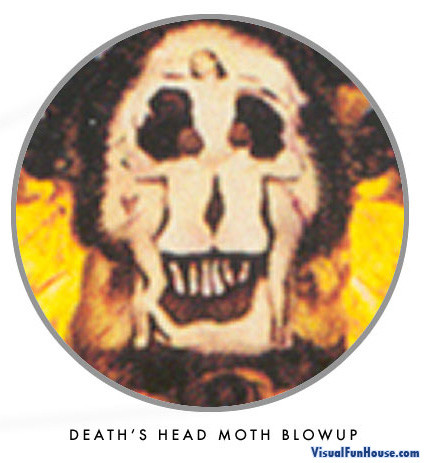 And that’s it for this edition of THAT’S METAL! Enjoy the rest of your fucking Easter Day.