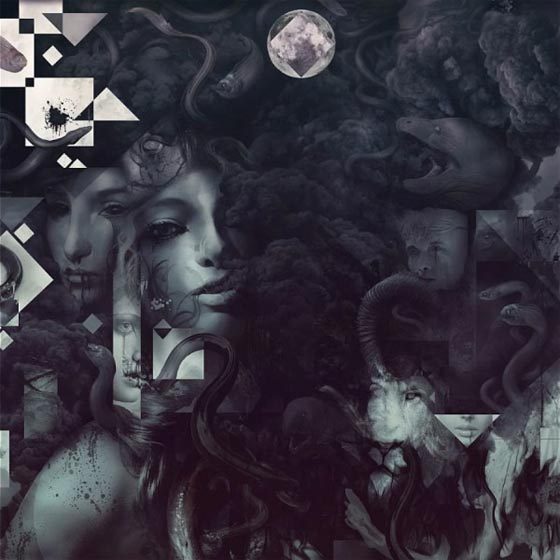 Sweden’s Vildhjarta are almost finished with their new concept EP, Thousands of Evils, which will be released by Century Media. They’ve previously unveiled the cover art, which as you can see is stunning. They’ve also previously released three teasers on YouTube with snippets of the new music (which can be heard here).  But now, bootleg videos have surfaced with entire songs from the new EP.

The performances were filmed at the Thallium Festival in Minsk, Belarus, on April 23, 2013. So far, I’ve seen three videos. The first two have very good picture quality, though the sound could use more bass pick-up . . . because it’s fuckin’ Vildhjarta, and you need to feel all that thall reverberating deep down in your colon. The third one includes one of the songs from the first video, but shot by a different fan from a different angle and with a bit more low-end oomph in the sound.

I don’t yet have a release date for the EP — apparently the band are still tweaking things, as they’ve been doing for many months. But based on what I’m hearing in these videos, the music sounds like a worthy follow-up to the band’s ridiculously successful debut album Måsstaden. Check out this new shit after the jump.