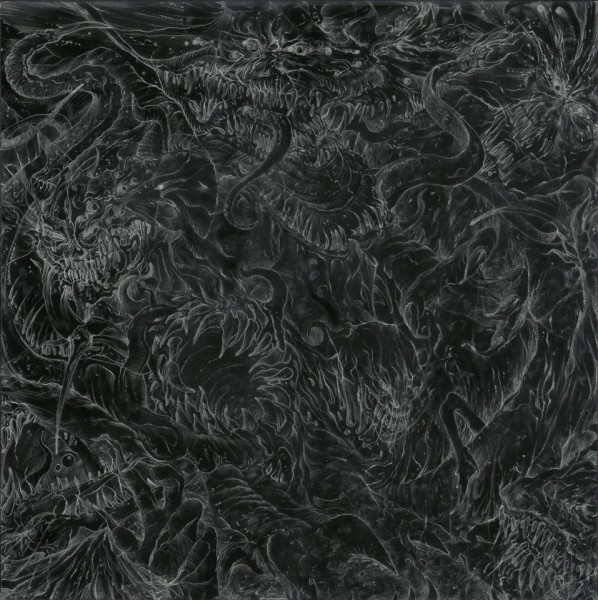 Yesterday I should have been doing the work that I actually get paid to do, or at least trying to finish some album reviews, for which I’m paid only by a sense that I may have done a good deed. Instead, I spent time surfing the web for something new that would leave my head a smoldering wreck. At that, at least, I succeeded. I found music from three different bands who are musically quite different from each other, but all of whom inflict some serious head wreckage.

Originally I had included all of this music in one post, but it seemed like a lot to take in, so I’ve broken it up into three parts, one for each band.

Is that album cover up there a thoroughly killing piece of art or what? It halted me in my tracks as soon as I saw it. It turns out to be the front cover created by Comaworx for a forthcoming album by a band named Beyond, which is projected for release by Iron Bonehead in the July/August timeframe this year. The album’s title is Fatal Power of Death.

Having been transfixed by the artwork, I went in search of music. Lo and behold, what did I find but the album’s title track and a second song called “Whirlwinds of Chaotic Carnage”, which Iron Bonehead had just uploaded to SoundCloud. I’m probably lucky that only two songs were uploaded, because they alone came close to caving in my damned skull.

The title song, “Fatal Power of Death”, is an absolute howling storm of distortion, pierced by some blistering solos that race up the scale like liquid fire and the reverberation of crippling, cavernous death metal vocals. In the mid-section, the pace slows and an Oriental-sounding melody surfaces over the subterranean grinding, changing the atmosphere — until the riff monsters and heavy-artillery percussion return for a big finish.

“Whirlwinds of Chaotic Carnage” starts its own death march with an absolutely mammoth stomp and then erupts in a feeding frenzy of blasting drums, eviscerating guitars, and spine-jarring bass. On “Whirlwind” the vocals (still reverberating like crazy) are a bit more like the harsh yells of a really large demented man. And holy fuck, in the back end of the song, the band drop back into that mammoth stomp, except raised to the nth degree and enhanced by the interplay of lead guitar and bass — and the effect is titanic. But the song finishes with another eruption of frenzied riffs and drums, moving like a blast front, and one more of those flamethrower solos, which left my eyebrows smoking. 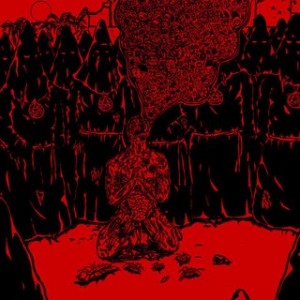 Beyond achieve a truly corroded and monstrously heavy sound on these tracks and they create an atmosphere of powerful malignancy. Very, very nice.

After hearing these two songs, I hunted around for more info and eventually discovered that Beyond are a group from Mainx, Germany, and that they prevously recorded a three-song demo in 2011 and a two-track EP released by Iron Bonehead in 2012 under the title Enter Transcendence. I tracked down both of the EP’s tracks on YouTube, and they’re fucking ferocious, too (though with a noticeably different production quality). “Treacherous Revelation”, in particular just burns like a flash fire fueled by cyclonic wind.

Here are the two songs from the forthcoming album, followed by the two tracks from the previous EP; I haven’t found any social media or web pages for the band.

After listening to this music, I thought back to the earliest records I have by Sweden’s Grave. Something about the sound and spirit of these Beyond tracks made me think of Grave. And then I decided my own albums weren’t early enough. I found a January 2013 YouTube upload of Grave’s very first demo from 1988, Sick Disgust Eternal. And I listened to that. And I’m surprised that it still has less than 600 plays after five months. Not only is it damned good, it’s a piece of history, one of the cornerstones of an edifice that a band like Beyond are still adding onto. Here it is:

3 Responses to “HEAD WRECKAGE (Part 1): BEYOND”