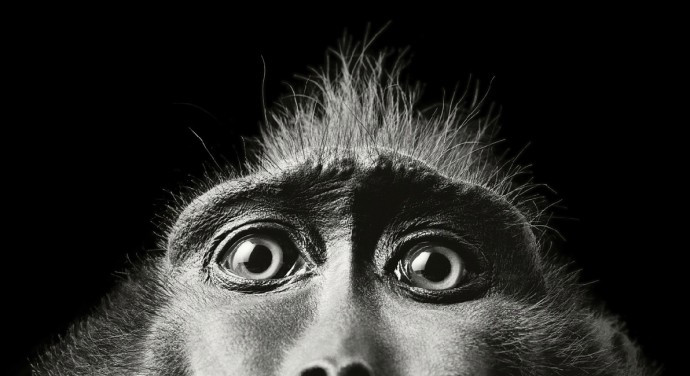 (Andy Synn delivers the second part in a series that appears on no regular schedule and could disappear at any moment. Part 1 of this series can be located via this link.  Your humble editor picked the images that accompany this post.  Eventually Andy will learn to pick his own.)

I’ve been having some trouble getting myself together to write for the site recently. I’ve been busy with both bands, busy with work, busy with home-life… just generally busy. On top of that I just haven’t felt the inspiration to throw myself into reviewing properly. It’s no comment on the albums I have lined up – I have a couple of absolute stunners in the back pocket that have been on the back-burner for what seems like forever now – but just a lack of inspiration for the physical act of sitting down and just writing.

So, to try and break the cycle a bit, I decided to pen another column on the very act of reviewing itself. If I can’t write something, then by god I’ll write about writing something instead!

So, something of an unspoken fact of reviewing is that any review produced is, to an extent, simply an opinion. The thing is, I think this is something that does, now and then, need to be spoken about and discussed. I think not doing that has led to some misconceptions and mistaken assumptions about what reviews are, what they mean, and where they come from.

Now we here at NCS do try and balance objectivity/subjectivity in our writing, even going so far as to discuss and dissect albums informally with each other before, during, and after writing our reviews, just to make sure we’re not seeing the world through rose-coloured glasses. 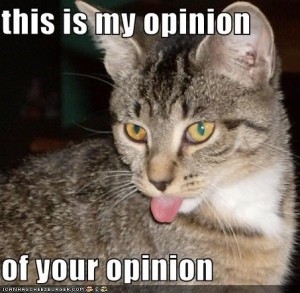 But, if anything, a review – a proper, well-written review – should be an informed opinion. It should offer more than just what the man in the street gets out of an album on a cursory listen. One of the things I’ve said to the other members of the NCS Elite Special Task Force On Elitism And Eliteness is that I’ve always appreciated how, in general, we try and put a fair bit of context into our reviews. It’s more important to discuss where the album stands – in its genre, in the catalogue of the band, in the music world at large – than it is to wax lyrical about how ‘sick’ the guitars sound.

Problematically, not all reviews are that informed.

I’m going to stick to “proper” metal sites here, as it’s unfair to expect reviewers/staffers on general music blogs to come from quite the same sort of informed place as we “experts”, but often you get reviews wherein you find a lot of mistakes. A lot of strange interpretations. A lot of honest to goodness confusion about what an album, or a review, is meant to be!

You can usually tell the difference between an opinion and an informed opinion if you read closely enough. Here’s an example. I did not particularly care for either of the last Katatonia or Swallow The Sun albums, even though I am a long-time fan of both bands. I don’t think they’re terrible albums, I just didn’t think they stood-up in terms of quality and longevity against their predecessors.

An informed opinion might make reference to the context surrounding the album to better and more precisely place its criticisms:

“It’s less interesting than its predecessor. Though it re-uses many of the same underlying elements, it achieves less with them. Familiarity robs it of its impact.”

But a less informed opinion, one that’s easily challenged (and also easily ignored), would read something like this:

See? Simple. Direct. But totally lacking in any context of justification. It’s simply an opinion thrown out into the void. You don’t know how it’s being judged or what criteria it’s being measured against.

And that is, to me, what separates an opinion, from an informed opinion. Giving readers the ability, even if they disagree with the review entirely, to see where it’s coming from. To make the logical connections and, to an extent, understand something about the reviewers themselves in the process. 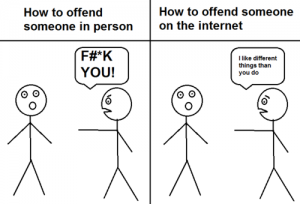 Now, remember when I said earlier that certain factors (including, but not limited to, unscrupulous, notoriety-seeking bloggers) have led to a series of misconceptions and mistaken assumptions concerning what the act of reviewing is all about?

Well one unfortunate result of this has been to call down the omnipresent wrath of the internet-dwelling asshole.

You rarely see a comment thread these days without some pompous jerk going above and beyond the call of duty in order to question the writer’s right to share their opinion, to live, to breathe, to simply exist. If you’re really lucky you’ll get a few homophobic or racist jabs thrown in, just for effect.

Thankfully, we here at NCS don’t seem to attract that sort much – it’s rare that we get involved with a war of words with anyone, and even more rare that Islander has to bring the ban-hammer down to quell any serious unpleasantness. But still, we’ve all seen it, perhaps many of us have experienced it directly. How do you deal with it?

Largely we just ignore it here, although sometimes I can’t resist making a witty retort, or just calling people out on their bullshit. It’s probably not big, or clever, but it has at least led to some moments of amusement.

More important than this though is the question of where this antagonism comes from? At what point in your life do you decide that a band is so important to you that all common decency flies out the window the moment someone has the unmitigated gall to criticise them (justifiably or otherwise)?

When it comes down to it, what we really have here is a simple difference of opinion. One which, far too often, quickly escalates (hell, often starts off immediately) into mud-slinging and shit-stirring on an impressive level. But that’s all it is, a difference of opinion. Rather than questioning a writer’s parentage or sexual proclivity towards members of the animal kingdom, it’d be far more effective if these assholes would simply point out what was wrong with the review, how its information was wrong or skewed, in a careful and precise manner. They’d convince far more people and probably have a greater effect on the ethics and conduct of the site as a whole.

But it’s the internet, and people do so love drama. So instead of a discussion of dissenting opinions, we get people choosing sides and yelling at each other. Nothing is achieved and ultimately everyone comes out of it looking worse. 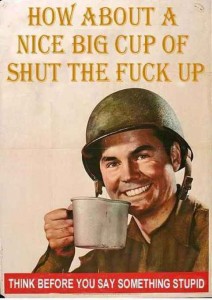 So it seems that reviewers do have to take some responsibility for their own trolling. I’m not blaming the victim here though. What I’m saying is that years of sloppy reporting, biased reviews, and blatant hatchet jobs, have produced a public at large who often don’t trust reviews, or reviewers. But it’s a two-way street. And although there are always going to be morons who simply lack the capacity for a reasoned argument beyond calling you a “pussy” for not liking their favourite band, by and large the audience has to remain aware that a review is designed to present an opinion, hopefully well-informed, but not utterly definitive.

So don’t take offence if someone says they don’t like an album.

Don’t fly off the handle.

And maybe, maybe, try engaging with the reviewers and discussing it with them.

And we might both just gain something from it.

16 Responses to “THE ART OF THE REVIEW, PART 2: OPINIONS AND ASSHOLES”