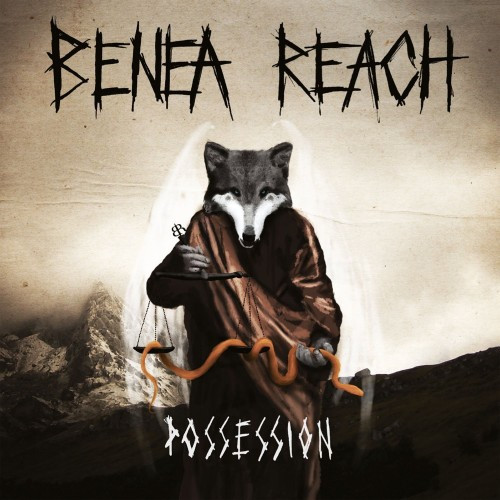 (Andy Synn reviews the new album by Norway’s Benea Reach, which is out now via Spinefarm.)

To djent, or not to djent? That is the question…

Ok, so it’s not really all that pertinent, I just mention it to start things off. Disregarding my own personal views on that particular sub-genre, I’d like to state how inaccurate it would be to call Benea Reach a “Djent” act… although I can see how they might appeal to certain fans of that particular sound.

Pre-dating the now almost ubiquitous genre by a fair few years (for context, Benea Reach were already two albums deep before 2010), the group’s pulsing, post-Meshuggah sound holds just as much of a debt to the emotive tumult of Cult Of Luna and the frantic post-hardcore dynamic of Refused, resulting in something resolutely more underground and, ultimately for me, far more rewarding. 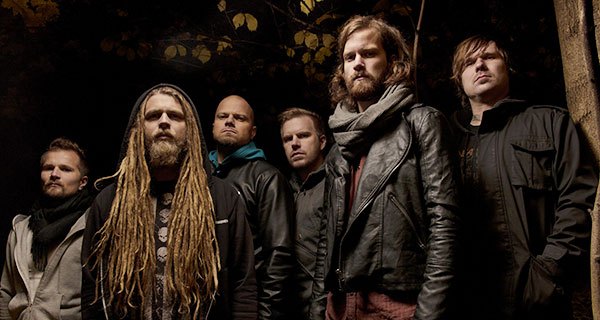 “Woodland” is a near-perfect opener, soothing Extol-influenced melodies blossoming into a gargantuan wall of booming guitars and clever, hypnotising drums beats. The rolling force of the track is accented by injections of spiked aggression and an ebb and flow of gorgeous, liquid harmonies. There’s a patience and maturity to the song-writing that shines through in every facet of the band’s performance, never rushing, never clamouring for attention, simply allowing all the pieces to align with natural grace.

Second song (and the album’s lead single) “The Mountain” is probably the song on here that would most appeal to the legion of post-bedroom guitarists out there, with its shifty guitar lines and lithe vocal melodies having the greatest potential for cross-over appeal. Yet even here the band display their organic creativity, every section following on seamlessly from the one before it, exposing the natural processes at the root of the band’s songwriting.

Whereas most of today’s post-Meshuggah crop of bands concentrate on taking what was once a complex and distinctive sound and adulterating it for mass consumption (be it via pop-friendly vocals, bull-headed breakdowns, or flashy fretwork), it’s clear that Benea Reach have no particular urge to be common-place or accessible. Yes, the album overflows with lush melodies, but the preference for creative flair over technical flash shows a band more interested in crafting a deeper, and more lasting, musical experience.

The interplay between male and female voices on “Desolate” is a spiritual successor to Alleviat’s “Reason”, accentuating its thunderous power with a delicate, progressive vibe, its multifaceted vocals, from anguished screams to rippling growls, to calm, clean-voiced clarity, delivered with a sense of honesty and true feeling.

The sinewy vibe of “Nocturnal”, all muscular power and sharp-edges, peaks in a stratospheric chorus that interweaves languid clean vocals with powerhouse growls to captivating effect, producing a post-metal powerhouse of majestic proportions, while “Crown” flirts with the band’s hardcore roots, exploding into life as a frantic piece of frenetic drum work and twitchy riffs before moving through a lengthy, prog-minded mid-section of soaring guitar lines and blissful ambience, concluding in a series of monolithic, glacial riffs. 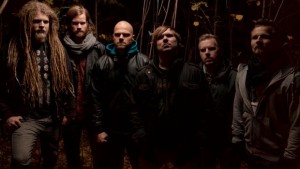 The pneumatic beginning of “Empire” nods toward the band’s more future-breeding influences, but the strained, semi-clean vocals and scarred screams convey a more expressive, humanistic vibe that grounds the band in the here and now. Even the chaotic organo-metal climax to the song seems to offer more integrity and humanity than the artificial angst proffered by so many of today’s Axe-Fx-wielding acolytes.

“Shedding Skin” is one of the album’s absolute highlights, fusing the mood and majesty of Cult of Luna with a propulsive hardcore heart vastly removed from the legions of monobrowed aggro-mongers, all mixed in with a special ingredient so specifically Benea Reach that it coalesces into a form both utterly distinctive and primally emotive.

Elements of “Fallen” aren’t a million miles away from the Metro-political vibe of “Vertikal” (which you should also check out), painting sleek melodies atop piston-powered metallic grooves, its raging and meditative vocals carrying the listener toward the song’s beautiful, multi-layered conclusion, which carries over into the soft acoustic opening of “Constellation”, one of the album’s most simple, and most effortless, tracks – matching melody and dissonance, leading to a truly crushing finale.

The album concludes with two unexpected pieces of esoteric composition. “The Dark” is precisely that; bleaker, thicker, more oppressive than the preceding album would have led you to expect, its mid-song pause for reflection merely setting the stage for the subsequent storm of dark clouds and black rain, laced here and there with flashes of ringing lead guitar. Final track “Aura” is the antithesis of this. Woven together from strands of fragile light, the soft verses recall the final days of Thrice (specifically the period around The Alchemy Index), but the thickly muscled guitar tone and mist-shrouded atmospherics are pure Benea Reach magic.

I suppose, ultimately, what sets this album (and the band as a whole) apart from others is just how natural everything they do sounds. Avoiding the over-processed, digitsed tones and machine-like programming so prevalent today, in favour of a thicker, more organic sound, grants its twisty polyrhythms a sense of evolution gone wild and an underlying sense of each song having grown naturally, rather than being scientifically created in sterile lab conditions.

In fact, that’s it precisely. Nothing about this feels sterile or constructed to a formula. There’s a life and vibrancy to it that’s simply missing in so many other albums, while the subtle and clever use of electronic elements, strings and keys, to accentuate the abundant atmosphere and sheer power of the record – without pursuing a more mainstream agenda – is a testament to the band’s artistic integrity.

The performances are impeccable, the passion is palpable, and the end result is truly magical. A triumph of creativity over popularity.